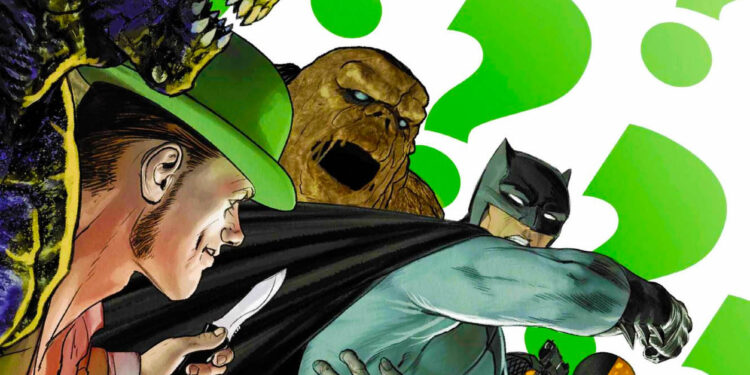 “The War of Jokes and Riddles” has kept Batman fans entertained for the past few months. Now, as we prepare for this epic storyline to wrap up, Tom King slows things down for a moment with the second interlude, titled “The Ballad of Kite Man Part 2”. If you missed the first part in Batman #27, it was King’s reinterpretation of Kite Man’s origin and it’s a tragic – but must-read – story, so check it out. 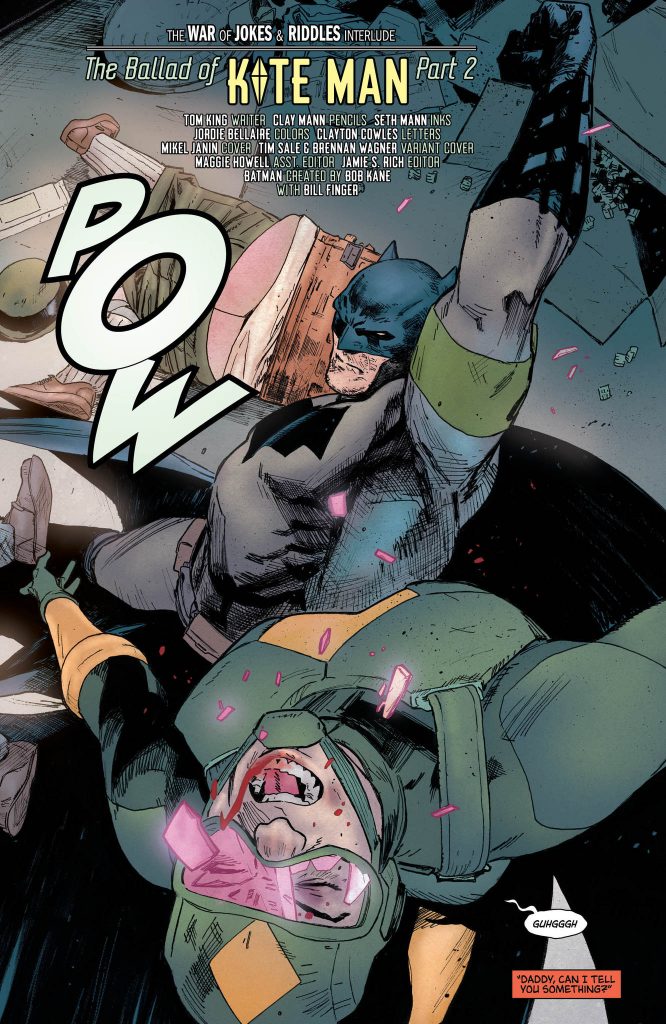 In part two, King explores what happens when Kite Man joins Joker’s army, which seems to be under threat due to the newly formed team-up of Batman and the Riddler. Yes, the Bat appears to have chosen a side and he’s proving to be Nigma’s ace up his sleeve in this war that’s destroyed Gotham. At the same time, the man formerly known as Charlie Brown narrates an issue-long conversation he had with this son whereby he discusses being called a joke for most of his life. There’s a surprising twist at the end of this issue, which I’m not going to spoil for you, but it goes to show that Batman #30 might prove to be extremely significant to the resolution of this war.

King’s narrative powers are on form here again, and this storyline is perfectly suited for his style. This is both a blessing and a curse for him, since this almost-separate-from-continuity arc works much better than his regular stuff, which sometimes feels far removed from Rebirth. He’s carved himself a niche here, and this could be what sets him apart from other Batman writers in the future. It’ll be interesting to see where he goes to from this storyline. On the art side of things, Clay Mann returns for the second part of “The Ballad of Kite Man” and he delivers the same level of art that he did in the first interlude. While Mikel Janin is still missed here, Mann’s work at least complements Janin’s stylistic work for this arc. It’s a very different looking Batman and Gotham, but it’s a positive change.

Overall, Batman #30 keeps the magic of “The War of Jokes and Riddles” alive. It’s mysterious, heartbreaking, and jam-packed with all the action and humour you’d expect from King. Add this to your to-buy list for the week.