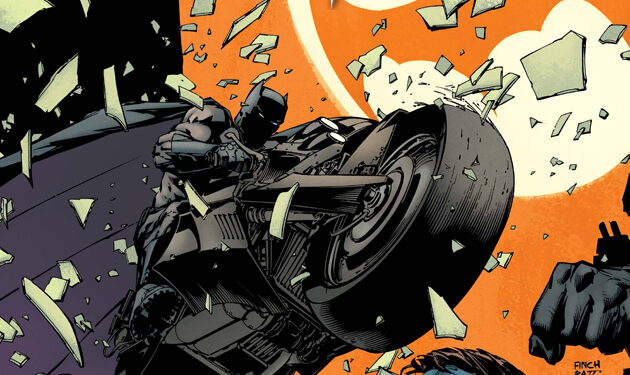 After a slow start to the first two issues of the rebirthed Batman, I expected the Dark Knight to shift up a gear and deliver the ah-ha moment that’s been critically missing from its new run. Unfortunately, Batman #3 is another splutter on the path to God knows where. [dropcap]I[/dropcap]n Batman #3, we find out more about Gotham and Gotham Girl’s history, which (unless there’s a major plot twist coming) seems incredibly bland and a bit too obvious. It’s a recycled We Are Robin angle, but with less interesting characters and direction (I swear to God if this becomes a clone story, I will retire from reading Batman). Years from now, don’t be surprised if these two “superheroes” have the unholy distinction of becoming the Jar Jar Binks of the Batman world – their origins and motivations are meh, and we’ll all pray for them to go away with their low standards. I hate to be that guy who has to compare this run with the previous one by Scott Snyder and Greg Capullo, but I will be. After three issues, Snyder and Capullo’s Batman was building up the Court of Owls storyline, exciting and thrilling you with each issue. Rebirth Batman, on the other hand, is Bats stuffing around with an annoying fanboy and fangirl. The only redeeming quality in Batman #3 is David Finch and Matt Banning’s exquisite artwork.

Unless Tom King is holding an ace up his sleeve and this is only the calm before the storm, Batman hasn’t exactly been reborn; he’s been aborted. Until this title goes somewhere further than two centimetres from the start line, I recommend picking up Green Arrow and Aquaman instead, since they deliver much more action and riveting storytelling than Batman.