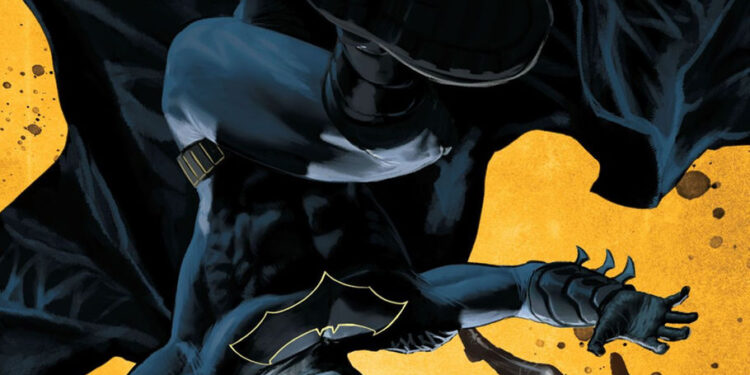 I’m starting to think having a Batman title twice a month isn’t a good idea anymore. As Tom King’s run becomes riddled with some killer, mostly filler, Batman has turned into a frustrating series. Sadly, Batman #12 is another example of a story that could’ve been told in three panels but was stretched out across 19 pages. Exploring Batman’s feelings for Catwoman (for the gazillionth time), Batman #12 features virtually no dialogue—just Batman remembering a letter he wrote to Selina when she was moved from Blackgate to Arkham—as he pummels his way through Bane’s henchmen to get to the throne room. The contents of the letter, though, are nothing new—we’ve read this many times over in different reiterations of their relationship. The love story in Hush is easily the best version of their complex bond and relationship, but this letter-writing Batman sounds like the lovesick Bruce from FOX’s Gotham TV series (“Are you my girlfriend, Selina?” Ugh). After last issue’s “betrayal”, King could’ve gone down several routes, yet he fell to temptation and right into the Dear Selina trap and how they’re exactly the same. An issue such as this one so soon after Batman #10 is actually insulting to the fan base—this isn’t The Notebook; it’s Batman. The only redeeming quality of this issue is Mikel Janin’s pencilling work. Since taking over the pencils, his art has transformed the series. He’s the perfect blend between classic and new age styles. His splash pages, in particular, are a marvel to behold and he puts a lot of detail into the background—something that’s been missing from many Rebirth titles. For his sake, I hope he’s given a stronger story that’s worthy of his talent soon. For months now I’ve defended King’s run, calling for patience and saying it’s a slow-burner. Well, I can no longer do this. When you look at books like The Flash, Nightwing and Titans, they’ve been consistently good. Even the so-called filler issues, such as Nightwing #9, are well written and aren’t stretched out to buy a few more months until the next story arc. Batman, though, has become too hit-and-miss and it needs fixing. And fast.