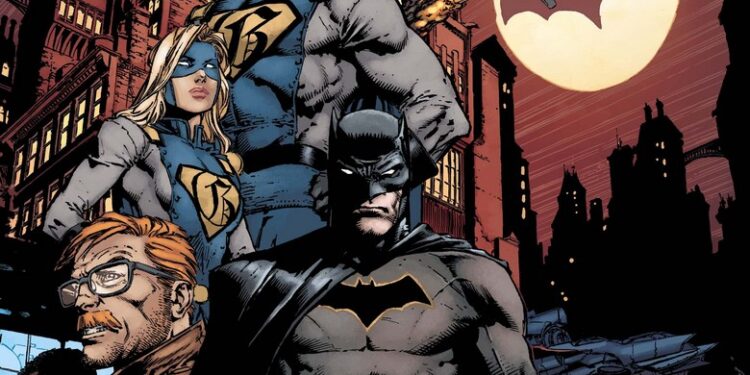 Since DC’s grown a second bellybutton and been reborn, the future of Batman has become a hot topic. While the New 52 had many criticisms, Scott Snyder and Greg Capullo’s seminal Dark Knight run was certainly not one of them – it’s something that didn’t need tinkering. Now with Tom King and David Finch taking the wheel – and Rebirth’s new direction – the question is, how’s the new Batman? [dropcap]T[/dropcap]he answer is: it’s too early to tell. Batman #1 isn’t overflowing with story and character development, choosing to settle for nail-biting tension as Batsy attempts to save a plane (full of helpless civilians, of course) that’s been shot down by a missile. It’s a classic, overplayed action scenario that you’ve seen endless times in Superman tales – which is what made this issue even more entertaining. Considering Batman is about as powerless as Fourway’s traffic lights, he must make do with his gadgets, smarts and his rusty old butler. Not so straightforward anymore, hey?

Exploding with terrific action sequences and edge-of-your-seat moments, the issue is glorious to behold and sets up the Rebirth Batman as one who’s willing to give it all for his city. Even though he might be the hero Gotham deserves, that doesn’t mean he’s the hero it wants with the arrival of two new “superheroes”, Gotham and Gotham Girl. What does this mean for the Dark Knight and Gotham City? Let’s wait and see.

One thing that did bother me about Batman #1 was Alfred’s seemingly nonchalant reaction to Bruce confirming he might not survive the crash. While Alfred is the epitome of cool and calm, no version of Alfred has been as accepting of Master Wayne’s impending fate as this. The reaction seemed rather cold and callous, thus making the ‘Is this a good death?’ line lose much of its desired impact.

Batman #1 doesn’t stray too far from Snyder and Capullo’s version – and this isn’t a bad thing. If King and Finch manage to find a healthy balance between their fantastic action sequences with the same level of storytelling as their predecessors, there’s no doubt that the “new” Batman will be a good Batman.