Batgirl and the Birds of Prey #5 – Comic Book Review Well, it’s back to business as usual for Batgirl and the Birds of Prey. Which, sadly, is a very bad thing. 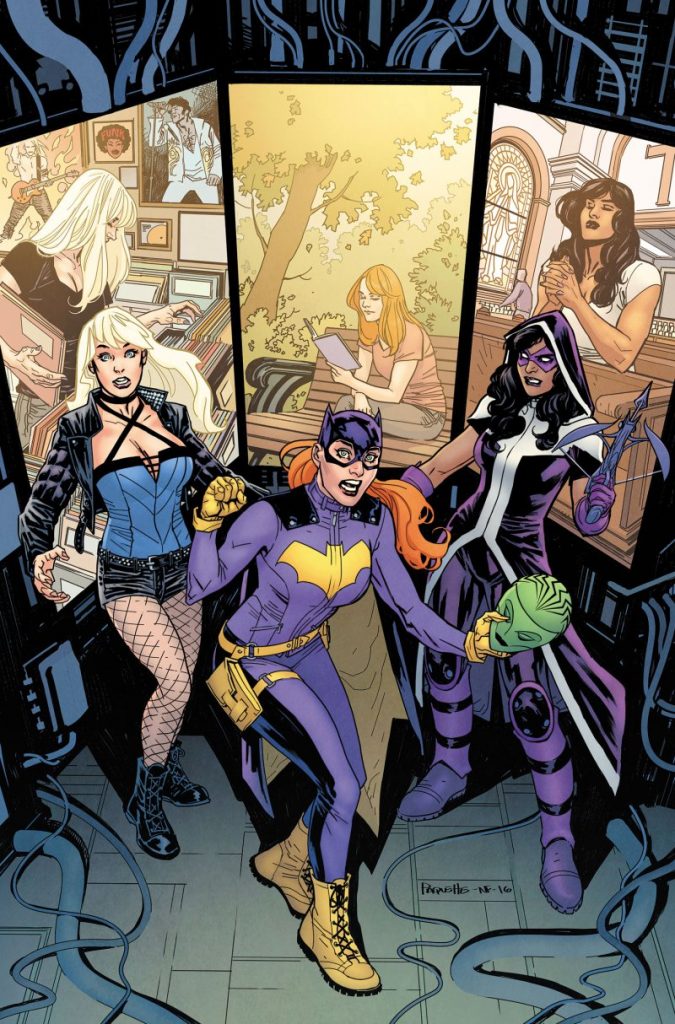 [dropcap]T[/dropcap]he identity of the mysterious villain using the name Oracle is finally revealed and it’s… just some random guy. But wait! He’s more than just some ordinary random guy, he’s – get this – a fan of Oracle/Barbara Gordon/Batgirl! Technically, he’s really just a fan of her as Oracle (and the Birds of Prey team). So why is he committing all sorts of criminal acts and trying to kill the Birds of Prey? It’s because… he… thinks he’s helping them?! Uh, okay. Right. Still, apparently it doesn’t matter because it’s all about him wanting to be the new Oracle for them, or something.

Meanwhile, there’s still that subplot (or was it the main plot?) where a mob boss, who was supposed to be protected by Batgirl and the Birds of Prey and the cops, was kidnapped by the equally mysterious criminal mastermind called Fenice. Eventually, the BoP get back to it, and in case anybody missed the supposed “plot twist” it turns out that Fenice is related to one of our heroines…

So this is the big reveal that the plot has been leading to? To say it’s a disappointment is strange, given the mediocrity of this series so far, but it is. To have the new Oracle revealed as a bland, instantly-forgettable nobody is practically an insult to comic book readers. His plan is so illogical it’s astonishing that he has the brainpower to even work a computer (or even tie his own shoelaces) without drooling over himself first.

Ah, but it’s supposed to be fun and meta-textual, presumably. Because, you see, he’s a fan! Yes, in what comes across as a clumsy attempt at firing back at disgruntled critics and readers, it turns out the big bad guy here is little more than a fan who wants to see the Birds of Prey (and in particular Oracle) be the best that they can be. However, we’re reassured that there may just be a place even for the pathetic, stupid fans out there who long for the good old days of the BoP, because people like that aren’t really trolls –  they just sad idiots who need to learn the error of their ways.

Why, if I were paranoid I’d almost say they were talking about me. Or anyone else who wishes this series were better. If you’re one of us then it’s okay to feel insulted, because this whole Rebirth BoP has been an insult to long-time readers anyway.

This “we’re better than you” attempt by the writers to make a statement in the story misfires completely, since it makes Barbara look like the real moron here for not covering her tracks better as Batgirl and Oracle over the years. Is that really the best way to serve her character? This issue also creates yet another character who knows the identities of all our heroes, offers yet more pointless dissent within the team, and hits all the emotional beats with the delicate subtlety of a sledgehammer.

Batgirl and the Birds of Prey deserves better than this. Sadly, the creative team seem incapable of making that happen.