Having arranged a meeting with the Calculator through Gus (the new Oracle), Batgirl, Black Canary and Huntress work opposite end of a what appears to be a basic kidnapping case. While Black Canary and Huntress go undercover to locate the Calculator’s family who are being held hostage, Batgirl, Gus and the Calculator meet with Catwoman to try and persuade her to return the diamonds she’s stolen – which the kidnappers appear to want back. However, things aren’t quite what they seem in Batgirl And The Birds Of Prey #12. First, the good news: This issue is more entertaining than anything else this series has offered up since its Rebirth semi-reboot. Roge Antonio’s art comes alive when he’s drawing Catwoman, and the writing carries the plot forward at a decent pace. Basically, for this issue, the standard has improved… in parts.

The bad news is that even with those improvements, it’s still a messy issue full of pointless twists, gaping plot holes, dialogue which doesn’t make sense and too many MacGuffins. Even if you can overlook the flawed reasoning which set the events of this story in motion, there are so many new leaps of logic added to the mix here that it becomes impossible to ignore the many problems with the script. 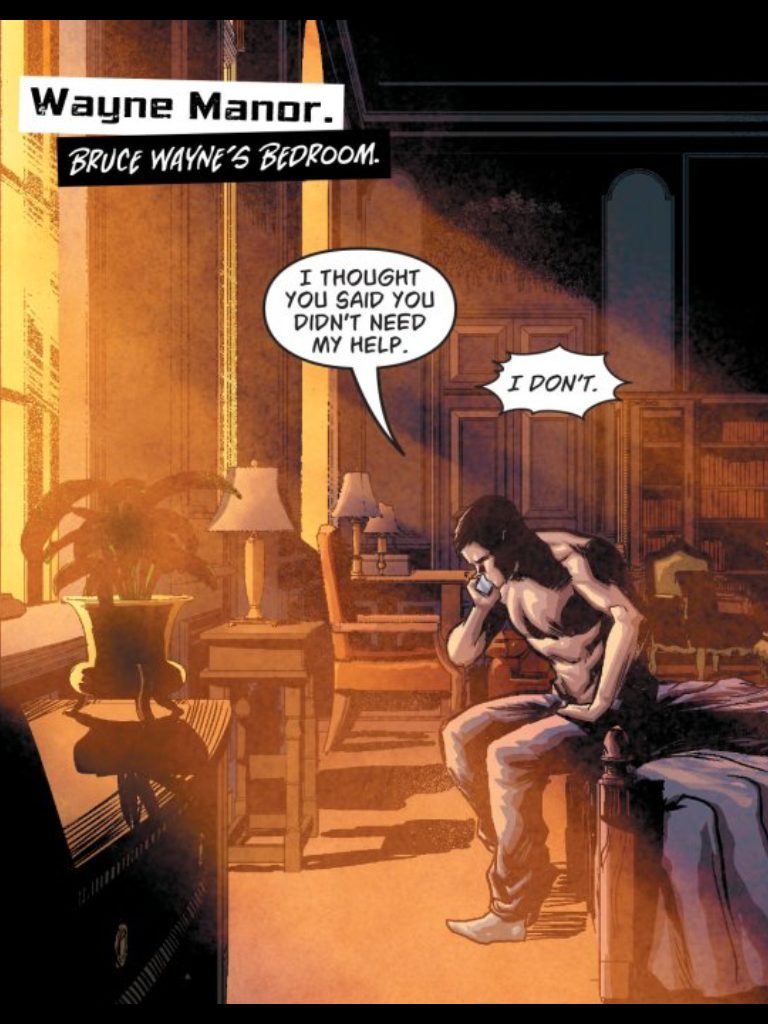 Painfully, what makes it worse is that the characters – praised by fans for decades as being strong and smart – once again look weak and stupid.

Batgirl, for instance, defiantly tells Batman once again that she doesn’t need his help… while asking him for help. She also calls him Bruce while the Calculator and Gus are listening. So much for secret identities, right? Black Canary squeals with delight at the thought of playing dress-up when going undercover and cracks some dismal jokes, but at this stage seems more like a hanger-on than a proper character. Huntress wonders if they should talk to Catwoman to solve their problem, but that idea is verbally smacked down by her partners… only for Batgirl to come up with a plan of talking to Catwoman to solve their problem. Why is Huntress even in this team again?!

Meanwhile, Catwoman comes across as a gullible moron. The kidnappers are so clichéd that their dialogue is recycled from countless bad movies. The Calculator and Gus tag along for no reason other than to provide stale comic relief because, what a shock, Gus ogles Catwoman’s breasts and thinks she’s hot. Even the Calculator’s wife seems to be so clueless that, even having been kidnapped and with superheroes and supervillains on the scene and despite her husband presumably having been sent to jail on multiple occasions, she still naïvely believes he’s just a computer programmer. 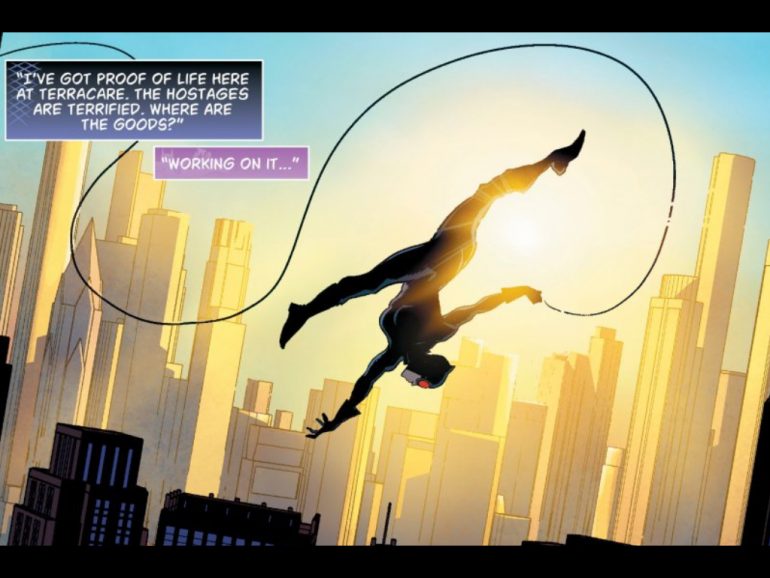 In this series, everyone is an idiot. They say stupid things and do stupid things. Why? Presumably, because the writers think it’s cute and funny. It isn’t. It’s annoying as all hell. There may be some who appreciate this as a check-your-brain-at-the-door kind of series, but Batgirl And The Birds Of Prey deserve better.

If you’re looking for Batgirl and the Birds of Prey to be portrayed in some way that gives them dignity, this isn’t it.