Batgirl And The Birds Of Prey #11 Review – Really Weak Writing 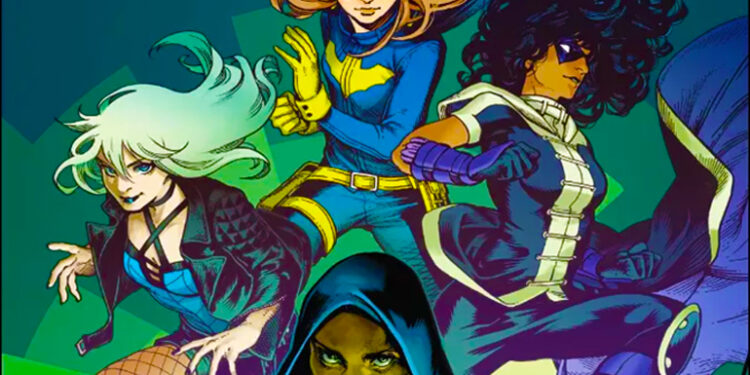 Gus, the new Oracle, has some hard questions to answer as the Birds of Prey finally interrogate him about his murky past. Batgirl has been keeping tabs on him covertly, and his connections to the criminal information broker the Calculator are now known. But what led Gus to a life of crime, and why is the Calculator so insistent on meeting with Batgirl and the Birds of Prey? I’ve given up on this series, mostly because of its writing which – and I’m being generous here – is weak at best. So, you may ask, why am I bothering to review Batgirl And The Birds Of Prey #11, especially when it only proves the point that it’s still missing the mark? That’s a good question, and I’ll get to that shortly. First, here’s the one nugget of goodness in this issue:

Gus’s backstory is given plenty of pages to allow it to be told in some depth. He’s a kid with problems who was looking to make some easy money for his family, and fell in with the wrong crowd. Fair enough, that kind of works. The mechanics of it don’t quite hold up, but it’s possible to accept it if you don’t bother to think about it too hard.

Except the Birds of Prey still can’t trust him, and who can blame them? He has blood on his hands, has set them up in the past, and betrayed them. Then he mentions he has bipolar disorder, and suddenly all is forgiven. Seriously.

And this is the problem. This is the same guy they were interrogating by dangling him out of a building by his ankles just a dozen or so pages before, threatened to kill, and who Batgirl was still yelling at just mere panels ago. While I appreciate that they acknowledge bipolar disorder as a genuine medical problem, here it’s used as some kind of free pass to absolve him of all wrongdoing. It’s used as yet another excuse for Gus and his betrayal, and that’s wrong.

Then there’s the Calculator, a character reveal everyone saw coming. In what’s presumably meant to be a twist, rather than him tracking down the BoP seeking some kind of revenge, instead, he needs their help because his family has been kidnapped. Okay… except… this is a man who has an entire criminal organisation working for him, powerful connections, and Deathstroke – yes, Deathstroke! – on speed-dial. Either his plan is the dumbest idea a genius ever came up with, or it’s a questionable long con. Either way, it’s an idea which doesn’t hold up. Once again there are many flaws with Batgirl And The Birds Of Prey #11… and that’s why I’m reviewing this.

Ignoring the problem doesn’t make it go away, or get the message across that this is a title which desperately needs to be fixed. Criticism, as Winston Churchill once said, is necessary because it calls attention to an unhealthy state of things. I’m not criticising this to be mean, I’m doing it because I really want this to be a great comic book. Maybe at some point, someone will listen.