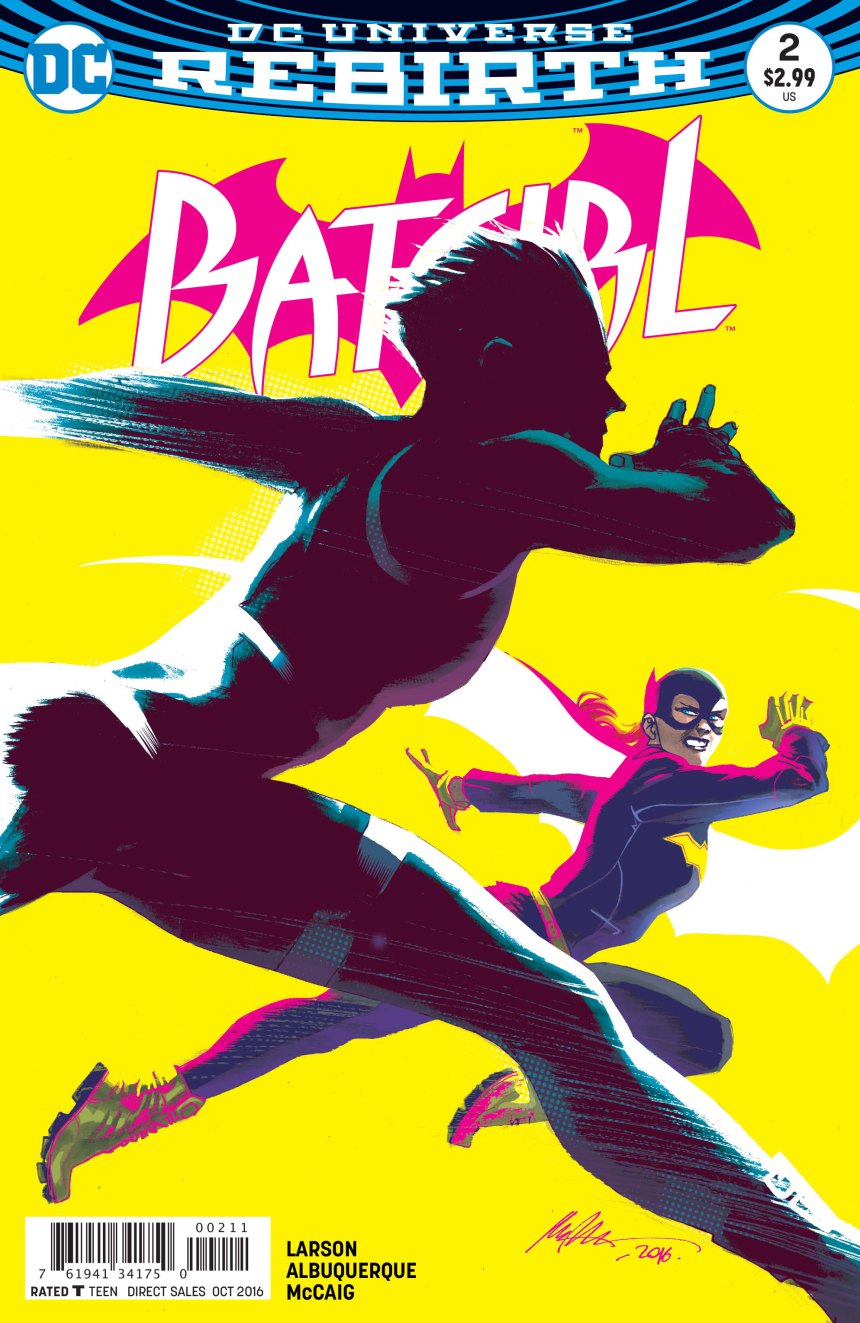 Barbara Gordon’s trip to Singapore continues in Batgirl #2 as she struggles to uncover more about the mysterious assassin she encountered in the previous issue. However, an initial lead she has turns out to be something quite unexpected (and somewhat embarrassing). Thanks to her photographic memory though, she remembers a vital clue about the assassin who’s been targeting her old friend Kai. While she has an internal debate about her feelings for Kai, she takes time to explore the world of mixed martial arts in a quest to brush up on some new skills. 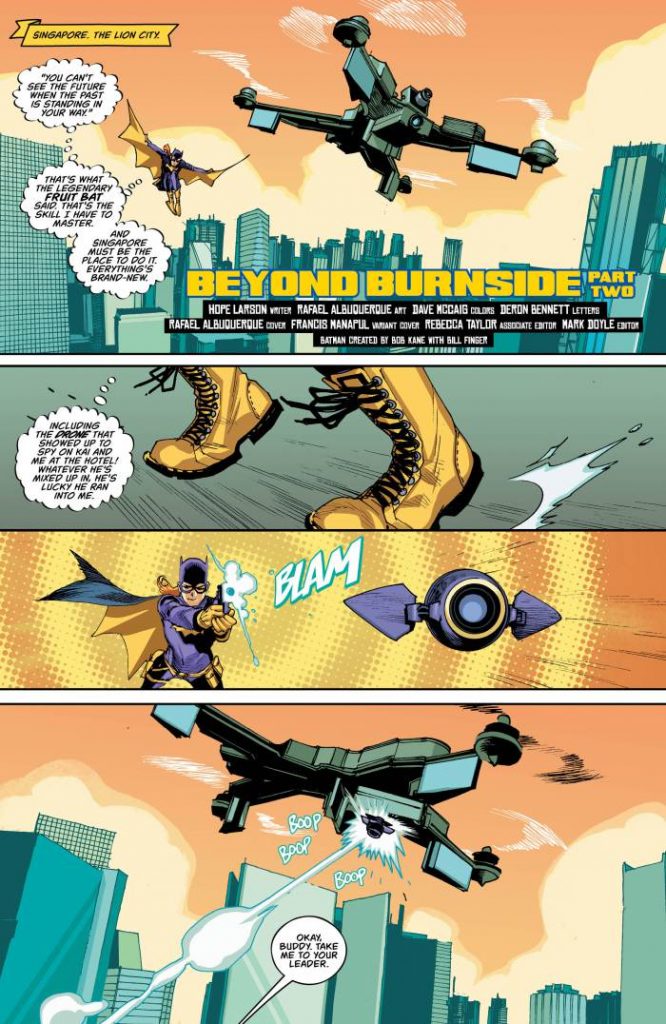 [dropcap]B[/dropcap]alancing her time between her growing romantic relationship with her old friend and getting beaten up a lot in training, her investigation draws to a halt. When Kai asks her to travel with him to Shanghai, she’s knocked for a loop. But an even bigger knock awaits her as her first professional fight is against a woman known only as The Moth…

While this isn’t the worst of stories, Batgirl #2 feels like a fair amount of filler with very little payoff and contains a minimum of Batgirl. Which is good in terms of giving Barbara a time to shine as the lead character away from the superhero life, or at least it would be if it weren’t so light. On the plus side, at least her photographic memory reminds us that she’s always more than she seems. The first couple of pages are taken up with a dead end piece of plotting which feels like a joke gone wrong. Her investigation never gets off the ground, while her relationship with Kai seems too abrupt. It’s hard to understand why she likes him at all since they have so little chemistry, and because of that it’s hard to sell the reader on the actual value of their relationship. The MMA storyline is interesting and well handled, but the fact that she can still wear a swimsuit after a painful training session and show no bruises stretches belief a little too far.

In short, this issue feels like a missed opportunity. For every good moment there seems to be one which lets the story down. Instead of investigating Kai and the assassin more thoroughly and doing actual detective work, she spends her time in a relationship crisis. After an interesting introduction to the problems plaguing MMA in Singapore, the relevance of it fades. It’s problems like this which let it down. While the writing and art are both fine, the issue itself comes across as weak.

The New 52 and now Rebirth haven’t been kind to Barbara Gordon, and fans have been divided about whether she’s better than she ever was or a shadow of her former self. Unfortunately, Batgirl #2 does nothing which stands out to solve that problem. 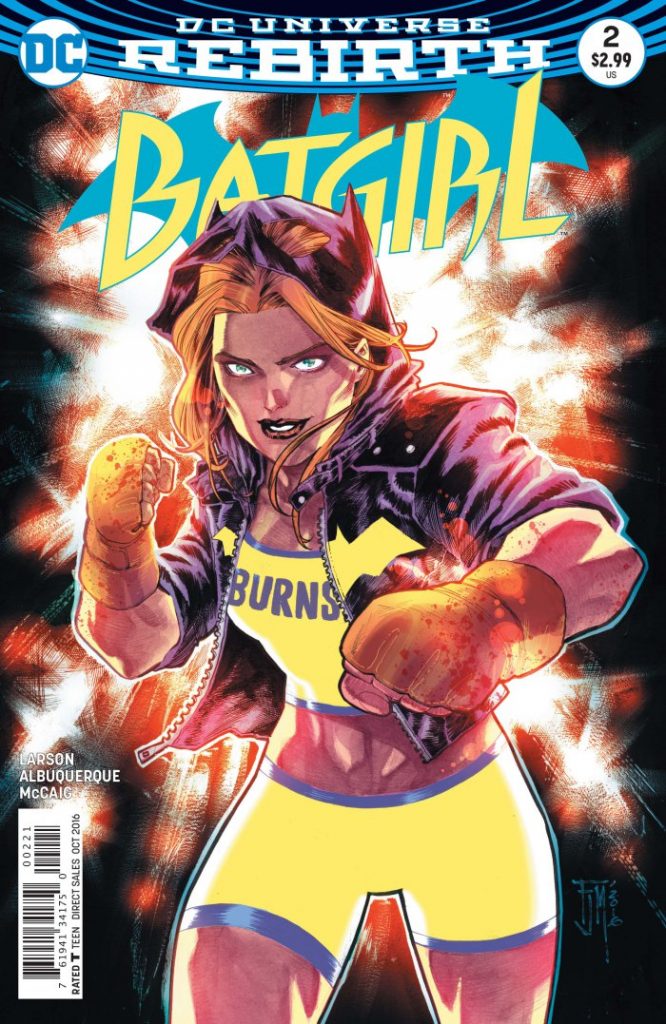