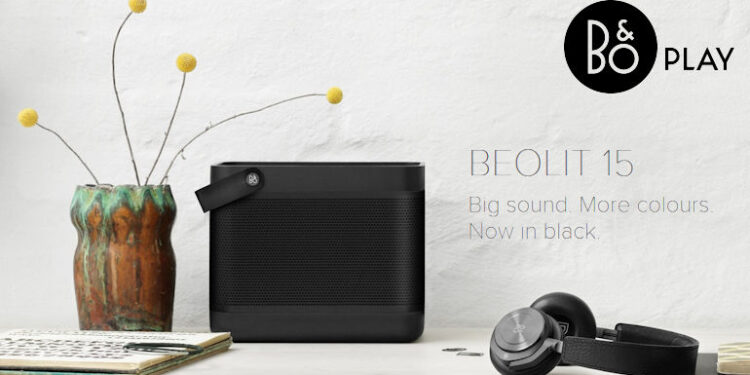 The market for portable Bluetooth speakers is ever growing, and will continue to do so as more and more people search for quality sound on the go. With the high amount of devices added to the list on a regular basis, it’s hard to stay afloat of what’s important when purchasing a portable speaker. There is, however, a disparity between your average Bluetooth speaker and a luxury Bluetooth speaker. The Bang & Olufsen Beolit 15 definitely falls into the latter category.

While price is often an indicator of the divide, paying a hefty sum for an average speaker will leave anyone fuming at the ears. Luxury portables are often well-designed units with clear, booming sound quality. B&O is a well-renowned audio brand, and while their devices do carry a premium, they deliver on their promises more often than not. The Beolit 15 is the top of the line from B&O’s portable range and is expected to deliver on the above-mentioned promises. We take a look at whether it lives up to the hype.

The Beolit 15 is not the typical design you’d often associate with B&O, but, at the same time, there is method in the implementation. At first glance, it appears unassuming, but upon second glance, you’ll recognise that the unit has been designed to resemble the modest picnic basket, similar to the Beolit 12, which launched some 3 years earlier. The speaker measures 23×18.9×13.5cm and weighs 2.7KG, both of which are rather questionable given its ‘portable’ status. Although it won’t fit into many carry cases, the unit isn’t cumbersome to carry around, as the attached leather strap makes it easy to carry between rooms in your home, or out to, say, a picnic. That said, almost all aspects of the build and design were considered carefully, as even the strap itself was strategically placed to avoid the device swaying in hand while being carried. I wouldn’t have even considered such design intricies if I hadn’t have spent some time reading a few of B&O design stories for the unit.

Other design aspects of the Beolit 15 include the rubberised, depressed top, which is intended as a resting place for your smartphone or tablet while using the device. Obviously, the rubber finish means that users don’t have to worry about scratches or dings to the personal devices, as well as the additional benefit of not sliding around or vibrating to extremes when the bass is turned up. And given the high levels of bass (to be discussed later), this is quite an important design feature. The top also houses four buttons. In the upper left hand corner you’ll find the power button, with the Bluetooth pairing, and volume buttons on the lower left hand corner. Obvious omissions here are the play/pause, skip back and forward buttons, but they aren’t always necessary given that you’ll most often be using your smart device to control your music playback.

The unit has a metallic speaker grille that spans the circumference of the body, with openings for each of the 6 speakers housed within the casing. You’ll find a hidden compartment on the rear, which houses the power cable used to charge the device. This is handy for users who often misplace such cables when not in use. Next to the compartment door you’ll find a USB port, as well as a 3.5mm auxiliary jack. There is also an additional mini-USB port within the compartment, but that is only used as an interface to your PC or laptop in order to update the Beolit 15’s firmware. An indicator light is positioned on above the outer ports, which is a rather odd place to have it, and you won’t often notice it flashing (to warn of a low battery), as it’s, more often than not, facing forward to the user. The unit is available in 5 distinct colours, and, for once, I personally wouldn’t go with the matte black finish. Instead, the silver (or Natural) colour scheme seems to work best in the group. Other colours include Polar Blue, Shaded Rosa and Natural Champagne. And if you’d prefer, there are even a few different leather straps to choose from as well, although that would be an additional costs. Setup for your first use is nothing more than a click of the power button, click of the Bluetooth pairing button, and selecting the device on your Bluetooth-enabled device (not necessarily your smartphone). Even easier than that is using an auxiliary cable to connect the two devices, which is simply a plug-and-play setup there.

The Beolit 15 uses inline pairing via Apt-X Bluetooth technology, which is able to store up to 8 devices for automatic reconnection between devices when within the 10m range. In addition, 2 devices can be paired concurrently, allowing users to switch between streaming on the fly, allowing back and forth playback between the 2 devices without having to pair each time. On every occasion when I powered on the device to play music, I simply clicked play on my music player and playback would start on the Beolit 15. Not once, even after having connected to many other devices, was I required to re-pair my initial device for playback.

There is the additional option of using the BeoPlay smartphone app for iOS and Android. While connection between the smartphone and Beolit 15 takes a mere seconds to complete using default methods, the app posed more of a challenge. Not only does it often times fail to connect, but doesn’t always perform the functions you wish. In addition, the app only really adds the option of an equaliser for the Beolit 15, with limited alternate usage, and given the good quality default audio setup, I would recommend skipping the use of the app if you don’t require further sound fine-tuning. While the build and design adds value to the Beolit 15 in terms of its aesthetic appeal, it also aids the performance of the audio, something far more important for the B&O device. As stated earlier, there are 6 speakers underneath the grille. These include x3 1.5″ mid-tweeters, x1 5.5″ full-range driver, and x2 4″ passive bass radiators. There are two amplifiers, one which drives the 5.5″ and both 4″ drivers, and a second that drives the 3 mid-tweeters. These 6 speakers deliver the best audio quality from a set of portable speakers I’ve come across thus far.

Upon first usage, even before any additional fine-tuning and power checks, I powered on the Beolit 15, paired it to my smartphone, and continued to play a track from my library. The first impression of the device is its bass response, something definitely worth noting. The deep bass is good enough for a set of surround sound speakers for your entertainment system, let alone a portable device of this size. Upon realising the bass, I immediately changed to a track to put it through its paces, Daft Punk’s Doin’ it Right. An impressive audio output became even better. And even before I came to grips with the performance, I received a call requesting if were able to provide some portable sound to a braai I was invited to later that day, which is where I decided to put the Beolit through its paces out in the open, for all to enjoy.

First impressions after arriving with the speaker, I was greeted with jeers and laughs at the sight of Beolit 15 in an outdoor setting amongst 30 other attendees. No sooner had I powered on the device and played the first track did the murmurs cease, with a few stunned faces now enjoying 360° sound. At that point, requests for others to pair their smartphones to play their favourite tracks commenced, and the rest, as they say, is history. It is also worth noting that the battery lasted for more than 6 hours of continuous play at maximum volume, and is expected to last up to 24 hours on a single charge.

The range of sounds on the Beolit 15 is very good, through various ranges of frequency response. There was no sluggishness in playback, or any hint of distortion, even on the highest volume available. The default settings pair well for the majority of tracks, but at times is a bit on the warm side. I would imagine the default setting to be chosen as a result of direct streaming via apps such as Deezer, Spotify, Google Play Music, Apple Music, etc., which, given network connectivity, don’t always provide the best audio output. In such instances, the Beolit 15 is easily able to compensate for such audio quality, but loses some detailed sounds for higher quality, preloaded audio on your device. Using the above-mentioned Beoplay App, in this case, is unavoidable, but adds great value for richer sounds, and only really has to be setup once for your preference.

Overall audio quality is smooth and detailed, and clear even at the highest volume levels. While deep bass comes through as the foremost factor, the treble and mid-range quality is impressive in its own right. While the assumption of using a portable speaker is often for a smaller group, it certainly passed the test of providing adequate sound in an open area for a larger group as well. Simply connect, and let the Beolit 15 show off its muscle.

On a slightly more negative aspect of the portable nature of the speaker, it doesn’t offer speakerphone functionality, something almost all other portables do. Given my lack of interest in such features, it didn’t bother me too much in the end.

The B&O Beolit 15 is not your typical portable, Bluetooth speaker, and while it doesn’t offer much in terms of additional features, it’s quality stands out amongst many others. Many elements of the device is geared towards providing the best possible audio quality, with even the design and build elements catering to such high standards. While the unit isn’t as portable as many others, it is worth lugging around if need be.

At a cost of R9,900, this is also the most expensive Bluetooth speaker I’ve used. It’s hard to provide a clear recommendation here, due to the pricing position of the unit, but there’s no question about the quality you get for the premium. The sound is loud and clear, with extreme bass in a compact unit that impressive even the most hardened audiophile. At the same time, a few additional features (Wi-Fi streaming, etc.), and improved functionality on the app (perhaps with a few more features as well), would have gone a long way in making this more alluring to anyone in the market.