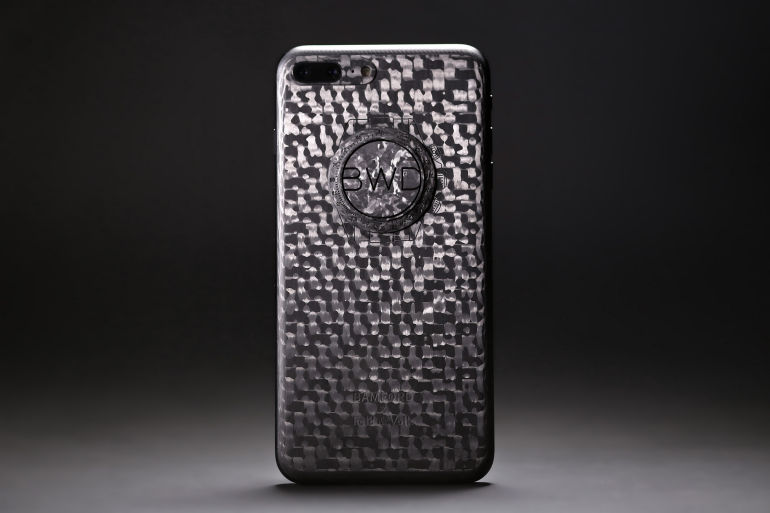 The cover design for the iPhone 7 Plus featured a carbon-housed, 3D Rolex image on its back, along with the chaotic texture of carbon fibre used in the “clock-face”. The Rolex image is an exact copy of the co-branded watch released last year. Each cover takes more than 22 hours of precise machinery elaboration before Feld & Volk craftsmen start final polishing and manual stage of detail treatment. The watch image has a highly precise design with even the tiniest details being visible. This solution is possible due to Feld & Volk 3D-engineers who’ve created the model Rolex suitable to it cut from carbon, which is sensitive to high-precision treatment. The feature of each piece is the glowing element that makes the letters BWD for Bamford Watch Department glow along with the main screen of the device. 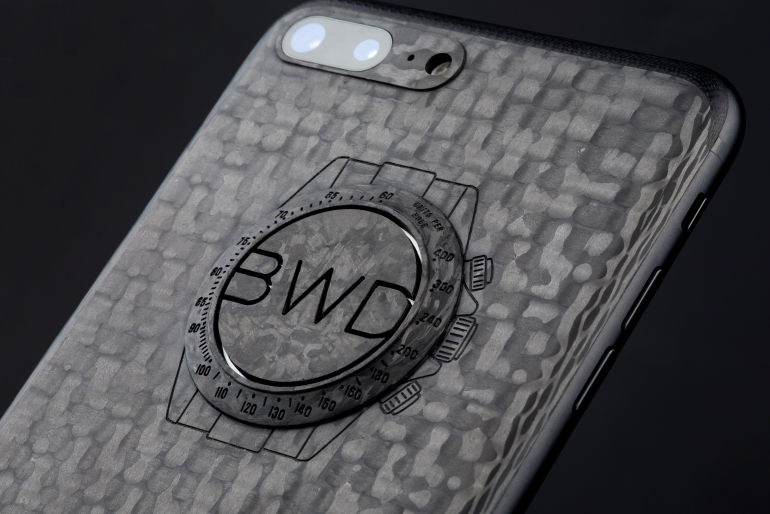 “This co-brand release is a sort of tribute to the art of watchmaking and George Bamford who invited us to this quite special field. Last year we’ve made together a watch customization, now it’s time for us “to play home”. The idea was just in the air, especially after creating a similar design in sapphire for Mr Bamford as a one-piece-only device last year”, Feld & Volk CEO, Yosif LikhtenFELD said.

“I love the expertise that Feld & Volk bring to personalization especially with what they do with carbon fibre and I feel that this phone is the culmination of that”, George Bamford said.

The entire series, which includes the iPhone 7 and iPhone 7 Plus designs will have a limited release, with only 20 pieces released, as with last year’s Rolex Milgauss and Daytona series issued in 10 pieces of each type.