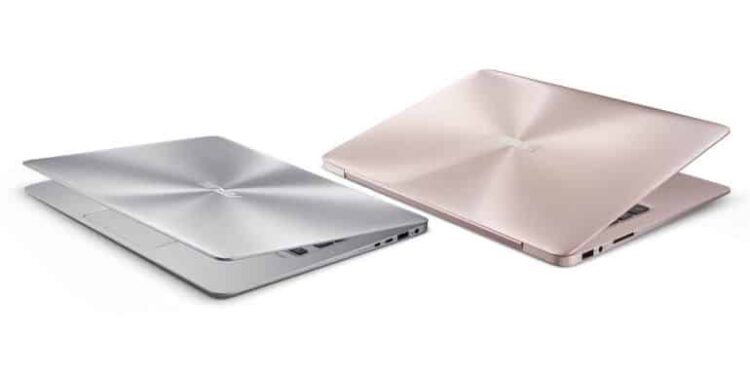 In the last two years, more and more laptops have been hitting the mark in terms of offering a good balance of quality, performance and cost. The good and bad have almost reached a point of stagnation as a result, with only a few brave attempting to change things up drastically enough to stand out, at the risk of going too far off the rails as a result. That said, the positive side to all this is that we’re now getting more and more laptops that are able to produce great performances and reduced pricing. Whereas laptops of yesteryear were simply a means to be more portable and trying to avoid high costs, all the while sacrificing on performance, the modern laptop doesn’t suffer the same restrictions. Having reviewed previously reviewed the very successful Asus ZenBook UX303UA in late 2016, which delivered solid performances at a reasonable price, we now have the Asus ZenBook UX303UA for review.

Shortly after I reviewed the UX303UA, Asus announced the updated version, the UX330UA at the IFA in Berlin in September 2016, almost muting my review at the time. That said, it took some time before the upgraded unit would be launched on a global scale, popping up around February of this year in some markets, and not until a few months later in South Africa. The unit features the Kaby Lake Intel processors, which allowed for higher performances at supposedly lower costs, a huge significance for any laptop on the market. 2017 has already seen some great units available on the market at amazing price points, and Asus is looking to continue their run of good form with their updated units. While there may have been an in-between model between the UX303UA and UX330UA we have in comparison here, but given that we haven’t reviewed the UX305UA unit, we’ll stick with the above-mentioned comparison. One of the biggest jumps in terms of the design comes in the form of the overall thickness. At its thinnest, the UX330UA measures just 13.5mm compared to that of 19mm on the UX303UA. That’s quite an impressive leap, although it still isn’t able to reach the company’s thinnest unit, the UX305 at 12.3mm. In terms of the weight, the two units are near identical at 1.2KG each. The UX330UA continues the aluminium build, although the undertray is made from a more matte grey plastic, which extends to the inside on the deck. The brushed aluminium forms a cylindrical pattern on the lid, although not as heavily as seen on previous models. The lid protrudes slightly, creating a bit of a lip. I can’t tell if this is a design feature to assist in opening the lid, or whether it’s just to add a slight difference in design. Maybe even an accident of sorts. Either way, it’s not out of place at all. The Asus logo still stands proudly in the centre with its silver finish.

A few more changes over previous models is that the UX330UA features a variety of ports, which I found quite useful overall. The unit includes two USB 3.0 ports, a single USB Type-C port, 3.5mm auxiliary jack, SD card slot, and a microHDMI port. Given the more compact frame than many laptops, the keyboard feels a bit squashed and does take some getting used to for the first few days at least. I’ve never been a strong proponent of the on-keyboard power button, as it doesn’t provide much indication that it’s been recognised as a keystroke when the power is off. The light indicator on the button, however, does help a bit.

Speaking in more depth about the keyboard, the backlighting is available in three brightness levels when turned on. The keys themselves are very soft on depress, which is a matter of preference. I had no issues with it overall but would have preferred a more tactile click given that I often type at faster speeds, and the reinforcement of the click makes it easier to judge whether the key was pressed, and in which order. It’s not easy to explain, but speed-typers may have a better understanding of this, or anyone with better than average typing skills. The trackpad, on the other hand, is very smooth. While I’ve seen many a complaint because of this, I felt that it worked very nicely. I liked the smoothness of it, which allowed me to get slightly better accuracy with finer movements. I’m still not convinced it’s the best method of mouse interaction, especially when switching to more intricate design elements. The increased smoothness also allowed for better gestures, although there aren’t as many gestures available on the touchpad compared to some other units. No matter.

If there one negative aspect of the design, it comes in the form of the positioning of the air vents. Well, two if you count the inclusion of the mechanical fans. I’ll touch on that a bit later, however. The vents, though, while pointed backwards, don’t have a free flow of air, with the lid’s hinge somewhat in the way. While the hinge is shaped to allow the airflow to be directed down and out, it creates a bit of an unnecessary sound of wind blowing against the bottom of the lid. Due to the compact design of the laptop, the UX330UA features a 13.3″ screen, which has a 1920x1080px resolution. This is fairly standard by today’s benchmarks and nothing less should be expected. Where the unit does shine a bit more is in the colour reproduction, offering 100% sRGB gamut and 72% NTSC gamut coverage. These are fairly substantial results making for great viewing in terms of accurate colours. Online benchmarks indicate that the lab results aren’t too far off from the real world experiences, with 99.4% and 70%, respectively. The screen is reasonably bright and offers good black levels with around 650:1 contrast ratio.

There are two points worth mentioning regarding the screen and display. The first being a wobbly hinge, which already caused undesirable results with the fan system, and now will further annoy users with a loose hinge, especially when sitting in a moving vehicle such as a train, plane, or bus, while you attempt to keep productive while on the move. The second comes in the form of a slightly darker output as a result of the anti-glare coating. The effect isn’t so great in darker rooms, and you won’t notice it at all at night, but can seem slightly darker during the day in glaring sunlight. That said, it does a good job of it in direct sunlight, so the trade-off isn’t too negative in the end. With the processor update, the UX330UA provides sufficient performances for everyday tasks. Packed with an Intel Core i5-7200U chipset with a 2.5GHz clockspeed on the CPU, which can be overclocked to 2.71Ghz if required. The single core benchmarks are really good, beating some of its main competitors with the same chipset, barring the HP Spectre and Apple MacBook Pro 13. Moving onto the multi-core benchmarks, the pulls a little back on the top performers, being relatively equal overall. The specifications lineup is completed with 8GB RAM, the Intel HD Graphics 620 GPU, and 256GB SSD storage. The SanDisk SDD performs reasonably well but doesn’t meet the benchmark scores of its competitors in both read and write speeds. Overall, the benchmarks are fairly good, and with no real issues on daily performances, the unit delivers a solid enough performance.

The unit also has a Harman Kardon audio system and coupled with Asus’ SonicMaster technology, makes for really good quality sound. There’s no distortion to speak of, and it delivers good clean audio, with a good balance between lows, mids and highs overall.

The battery is claimed at having a 12 hours lifespan on a single charge. Asus has managed to fit a 57-watt-hour battery into a relatively small chassis. This is up by 7Wh over its predecessor, and also many of its competitors. Running the benchmarks on heavy load, the unit lasts about six and a half hours. Looking through similar benchmark tests, the UX330UA outperforms all of its nearest competitors. Switching to milder, but continuous tests, the unit achieves its 12-hour factory spec with ease. Further than that, using the device as a daily driver under normal ‘office’ conditions, you’d easily be able to extract 13 to 14 hours between charges. Asus ZenBook UX303UA is a very good, all-around laptop with some really good marks on some of the testing. It’s still not the complete and perfect device, but you’d go a long way to find a lot better across all of the categories. What’s great about the unit, in addition to the overall performances, is that it comes in at a very impressive price point. At an RRP of R13,999, it is a more appealing buy than many of its competitors out there.

The Asus ZenBook UX303UA also improves a lot on last year’s variant while reducing the price quite significantly. That said, there are a few upmarket variants, which include an Intel Core i7 chipset, increase in RAM, increase in storage capacity, as well as a QHD+ display with an impressive 3200×1800 resolution, which will see a price tag increase to just over the R20,000 mark. These costs will still be able to rival their competitors, making it a really good buy.