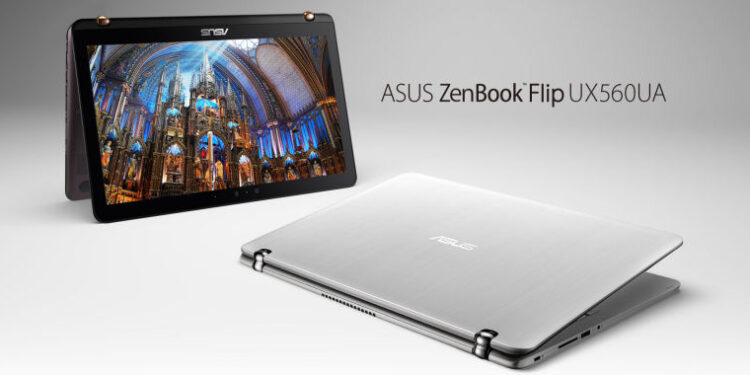 Asus has spent quite a lot of time, effort, and funds updating and growing their gaming laptop portfolio. In fact, Asus have a 40% market share for all NVidia GTX series segment. But, Asus also has a fairly successful portfolio, especially with its Ultrabook range of laptops. A few months ago, Asus announced the launch of a few new laptops to the ZenBook range, one of which we have for review today, the ZenBook Flip UX560UA.

Hybrids have been around now for quite some time, but the ZenBook Flip seeks to cross the divide between business and pleasure offering a 360° screen rotation, allowing for a number of different setups including the standard notebook approach (work), tablet (on-the-go), tent (presentations), and standby modes (home entertainment). Users have a plethora of devices to choose from when it comes to choosing a hybrid unit, so how does the ZenBook Flip hold up against its competitors in the ever more murky waters?

The ZenBook series has always been characterised by its ultra-thin design meeting the needs for demanding users in terms of both technical specifications and design. From the offset, you’ll notice that the Flip has a slightly different looking hinge for the screen. The hinge is, according to Asus, “a precision-engineered multi-gear metal mechanism” allowing users to rotate the screen a full 360° in one seamless motion, with no kinks or steps you have to endure for this kind of feature. The hinge is made from solid aluminium, has a jewellery-inspired, glossy two-tone finish, making easy to spot even if you’re not looking. The unit isn’t the lightest in its specific market category, weighing 2.21KG.

The Flip is available in two colours with different textures: Pure Silver, which has a finely-sandblasted finish, and Chocolate Black, which has more of a brushed metal finish. Certainly, then, much like its predecessors, the Flip ticks the right boxes in terms of its premium design. While there are many similarities with the Flip and the rest of its siblings in the ZenBook range, Asus does break the mould here somewhat with a few subtleties, which include the difference in textured finish, protruding hinges, and some slight differences in the keyboard tray. At one of the year’s earlier expos, Asus hosted an event it titles the Zenvolution. I wouldn’t go as far as to say the Flip is an evolution in terms of its design approach, but there have been some notable deviations.

The Flip has the industry-standard 15.6″ IPS (LED backlit) touchscreen, with a 1920x1080px resolution. It is worth noting that there are many different variants of the screen and display to choose from, the best having a 4K UHD resolution of 3840x2160px. What’s different on the Flip, however, is the touch sensitivity of the screen, which is almost double that of conventional touchscreens. The touch sensors are able to detect a touch area of just 6mm, compared against the industry standard of 9mm, making it able to pick up more subtle movements and gestures.

The screen produces 300 nits of brightness. Industry standards range from 200-300 nits, so it features slightly above average here, with a really good screen producing close to 500 nits. The overall quality of the screen and display are quite good, producing vivid and bright colours, with deep contrasts.

The current setup wasn’t bad, with very minor lag in the most extreme multitasking tests. The unit had no issues with day to day tasks, however, breezing through everything I put it through, even a few gaming tests. I spent most of the two weeks playing the new Civ VI on the Flip, with no issues whatsoever.

The 4-cell battery with 50Wh battery life provides good off-the-charge support and is easily able to power through 6 hours of hard use. This doesn’t come close to setting any records, but given its mobility and size, the battery life is fairly decent.

The Asus ZenBook Flip UX560UA carries with it a long line of extremely powerful and beautifully designed laptops within the ZenBook portfolio. The Flip doesn’t let the brand down in this regard and does a good job of delivering at on all fronts.

At a retail price of R13,999, the unit finds itself in deep water among some strong opposition but does enough to keep its head above the water. With on-the-go features like the hybrid, 360° screen rotation, the Flip has multiple uses for your average day, from your work to home, and everything in between. 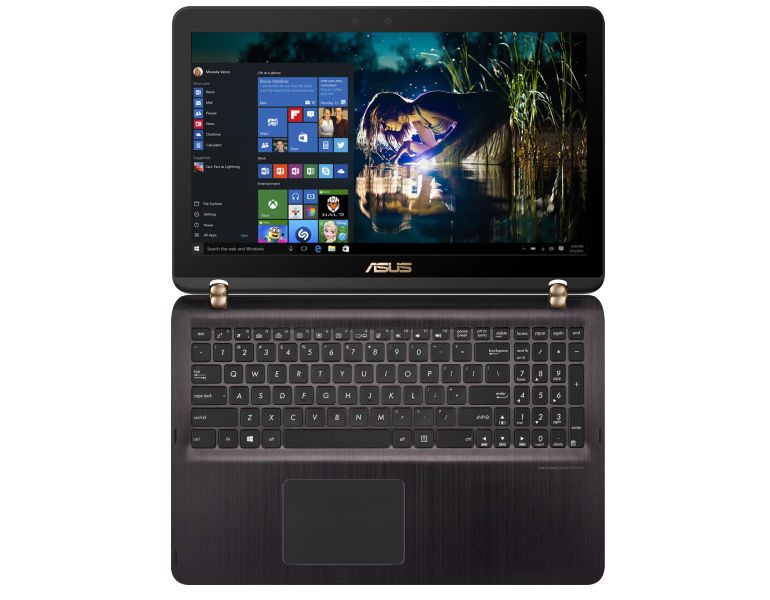