5 New ASUS Laptops Designed for Everyone Following the recent launch of the ASUS ROG lineup a few weeks back, ASUS has launched the new Power Up ASUS laptop series.

ASUS laptops have been leading the way for many years, recognised for award-winning innovation and styles. The brand has launched five new ASUS laptops to the market, which is aimed at a variety of consumers and their specific needs.

These products cater to the creators, gamers, hustlers and dreamers. These premium ASUS laptops deliver exceptional performance across the range, while at the same time offering a unique sense of self-expression. 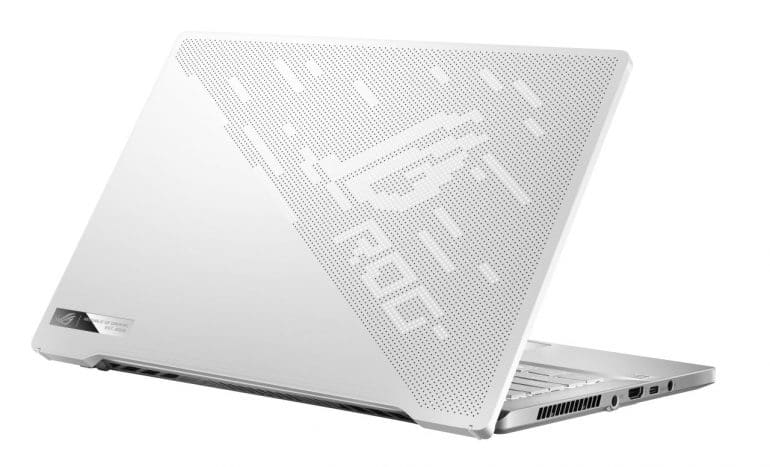 The first on the list of new releases is the ROG Zephyrus G14 – a unit build for gamers. This ASUS laptop is touted as the most powerful 14″ gaming laptop in the world, powered by an 8-Core AMD RYZEN™ 9 4900HS CPU, paired with an Nvidia GEFORCE RTX™ 2060 GPU.

The unit brings incredible power to the smaller, 14″ form-factor. Having already set the bar for ultra-slim gaming laptops with the previously launched ROG Zephyrus lineup, the ASUS laptop engineers continued to push the limits by redefining what’s possible for the category.

The ROG Zephyrus G14 is the latest example of boundary-breaking spirit, putting unprecedented power to an ultra-portable design, to go anywhere. In addition, the unit is priced to bring premium range gaming to the masses. 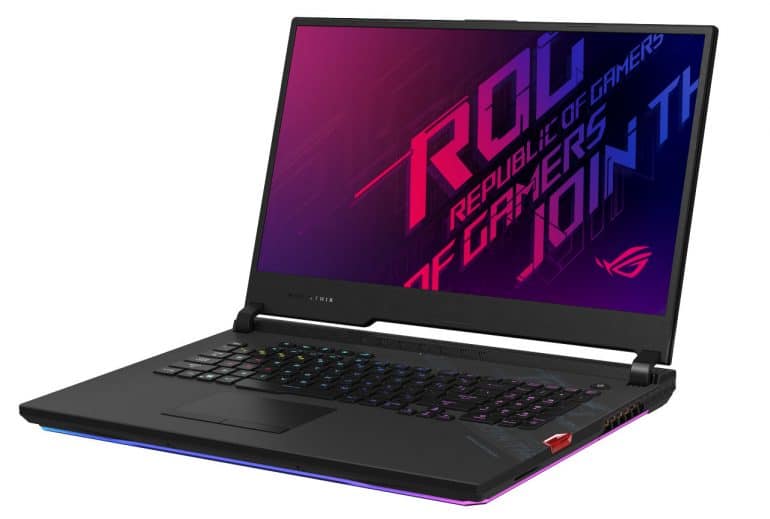 Bringing even more power to the new gaming lineup is the ROG SCAR Strix III (G732). The previously-reviewed G731 was already one of the most powerful laptops in the world, bringing with it even more speed and agility to the world of eSports. The unit is powered by the 10th-generation Intel® Core™ i9 CPU to handle heavy-duty gaming, extending the SCAR 17’s versatility.

Built for power to bring improve the realms of streaming, content creation, coding, gaming and beyond, the ROG SCAR Strix III is one of the most powerful ASUS laptops to date. The all-out power is designed to be the difference between victory and defeat where the margins are narrow.

The unit sports a high-refresh-rate, 17.3″ display along with a powerful GeForce RTX™ 2080 SUPER GPU to deliver fluid frame rates to keep you immersed. The GPU is capable of running at the full 150W when required, thanks to the larger chassis and (exotic liquid metal thermal compound) cooling module. 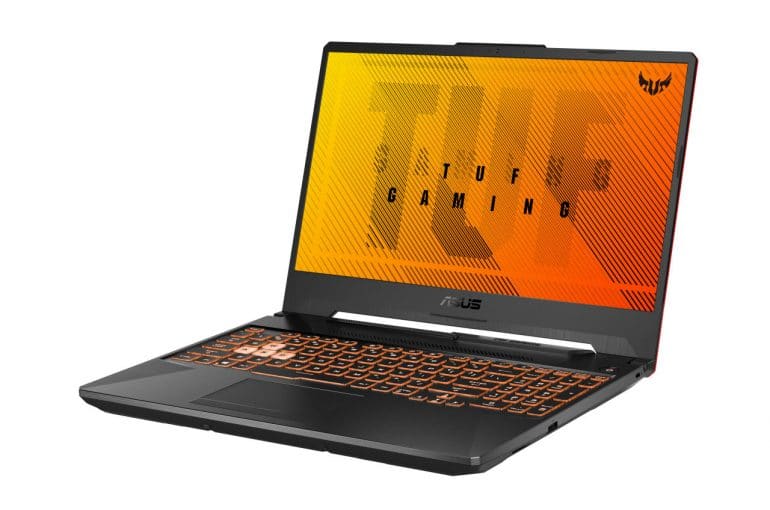 While the first two units launched offers the ultimate in gaming performance, ASUS has also updated its midrange TUF gaming series in the form of the ASUS TUF Gaming A15. The launch brings updated performance and versatility for the range.

Along with a powerful CPU and GPU, the device is paired with a portable but strengthened chassis, while also delivering superior battery life. The battery 90Wh battery is capable of delivering over 8 hours of web browsing and 12 hours of video playback. The unit is powered by an 8-Core AMD Ryzen™ 4000 series CPU, an NVIDIA GeForce RTX™ 2060 GPU, up to 1TB NVMe PCIe® SSD, as well as a second slot for a second SSD. 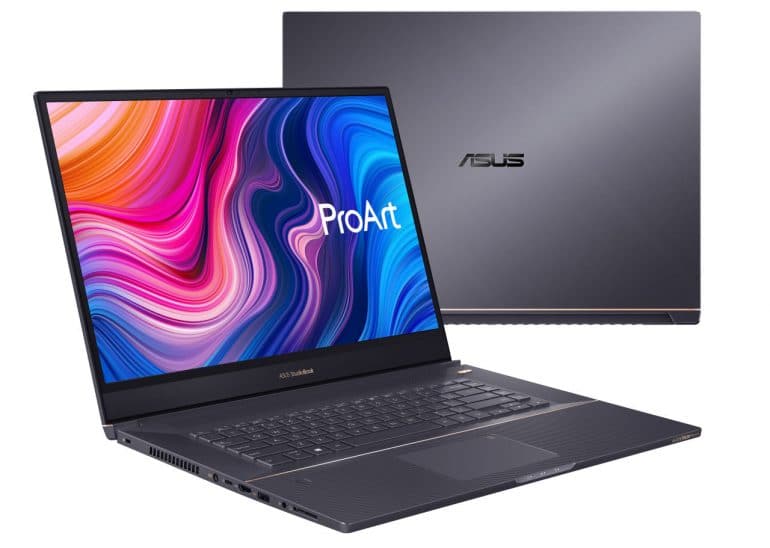 A new release for the range of ASUS laptops is the ASUS ProArt StudioBook Pro 17. The unit was designed to support the demands of the modern content creator. The design and requirements were based on the demands and feedback from leading industry professionals to deliver the best in the 15″ form-factor, yet offering a 17″ display.

The laptop is powered by two options, Intel® Xeon® or Core™ i7 CPUs, as well as NVIDIA Quadro RTX™ or GeForce RTX™ GPUs. The options are available to suit your requirements without extending your pocket, while still offering support to handle complex workloads across both options.

Aimed at photographers and videographers, the laptop pays careful attention to colour accuracy. The faster rendering speeds are also a plus to designers, game developers and other creative professionals looking for the ultimate performance. The new ASUS ProArt StudioBook laptops deliver extreme performance, versatile connectivity and stability to empower creativity. 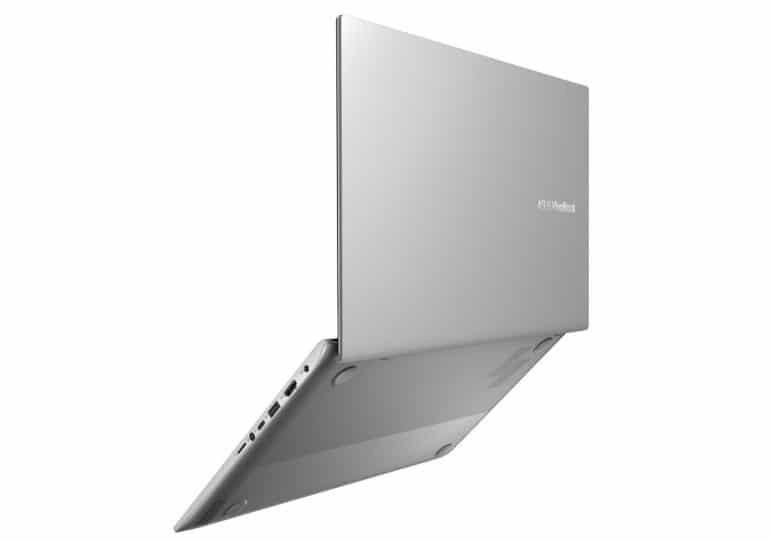 Last on the list for this release is the new VivoBook Series. The updated range pushed the limits of what’s possible in a compact chassis to give users the ultimate in performance in an ultraportable laptop.

The range features ultrathin bezels to frame the display for more onscreen space, and is available in both AMD Ryzen™ and Intel® Core CPU options. The unit was designed to represent who you are, providing users with a dash of personality and mobility in one.

The range of Power Up ASUS laptops are set for launch in the near future, all available online at evetech.co.za.