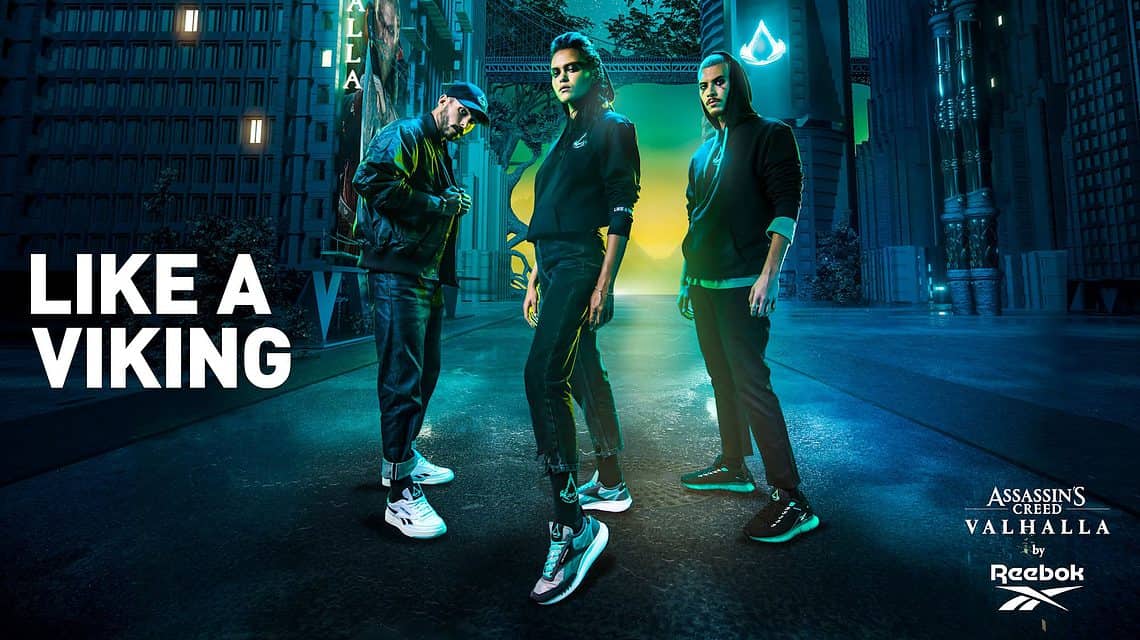 The Assassin’s Creed Valhalla X Reebok Club C is available from today, exclusively online at reebok.co.za. Also available are the socks and cap from the collection. The Classic Leather Legacy and Zig will be dropping on the 16th November.

The partnership aims to bring the Assassin’s Creed Valhalla story to life and to the streets. Fans can show off their Viking attitude with a mix of sneakers, apparel and accessories. All of this has been inspired by the Viking fantasy. 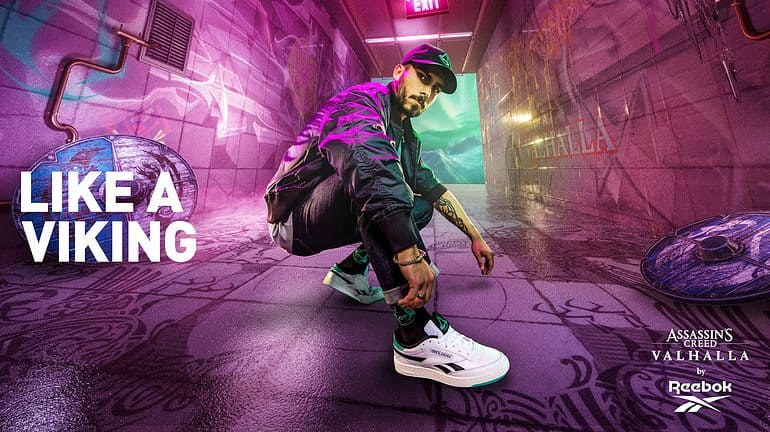 The Valhalla story follows the saga of Eivor. A fierce Viking raider raised on tales of battle and glory. The game brings viewers into the interactive world of the English Dark Ages. Players get to raid, grow settlements and building power. All to earn their place among the gods of Valhalla.

The collection continues the saga by bringing it to life. The sneaker pack features three styles from the Reebok archives. To blend into the world, the sneakers are inspired by the northern lights. The range of sneakers includes the Zig Kinetica, Club C Revenge and the Classic Leather Legacy.

First up is the Zig Kinetica. The updated silhouette has been inspired by the deep black of the Nordic night sky in contrast against the Northern lights. As such, the sneaker is designed with a black moulded-mesh upper. This includes a distinctive zig-zag shaped, energy-return sole in an emerald sea colour palette. A nod to the Viking lifestyle, the model features a symbol for Synin. Synin is a raven within the game that represents a feature of Norse mythology. It helps Eivor on his journey.

The Zig Kinetica will retail for R2,299.

The second sneaker of the pack is the Club C Revenge. The sneaker keeps to its minimalistic nature. The versatile silhouette has a soft suede tan upper. This is coupled with an emerald sea and black colour pops throughout. The heel features a twin battle axe symbol. One of the most iconic Viking symbols, this is the epitome of Norse versatility.

The last sneaker within the drop is the Classic Leather Legacy. In terms of the colour palette, it features a mix of cold grey on the upper, and highlights in emerald sea and emerald haze.

The sneaker is built on a retro-running inspired lifestyle sneaker. It’s the perfect choice if you don’t want to choose between the present and the past. As with the other sneakers, it features an embossed symbol on the heel. In this case it’s the same Synin raven as on the Zig Kinetica. This detail speaks once more to the deep meaning of these creatures for the Vikings.

The Classic Leather Legacy will retail for R1,499. 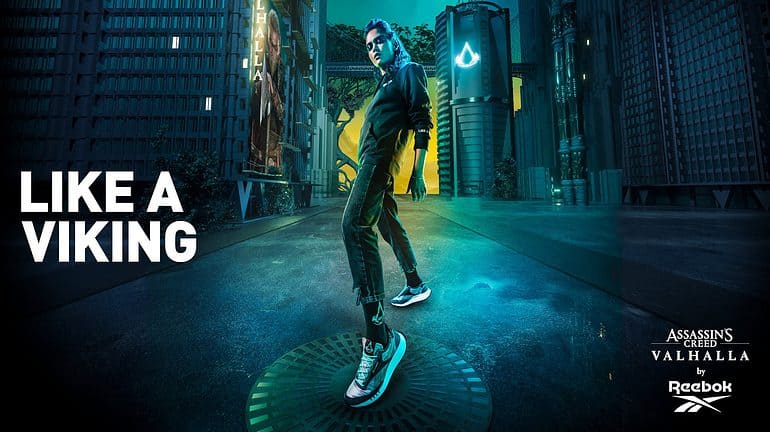 In addition to these sneakers, the collection features two styles of hoodies, caps and matching socks. Each of the pieces feature the Assassin’s Creed Valhalla X Reebok branding and logos. This also includes symbols such as ravens and axes as part of the Norse mythology.

Assassin’s Creed Valhalla is set for release on 10 November 2020. It will be available on Xbox Series X, Xbox Series S, Xbox One, PlayStation 4, the Epic Games Store and Ubisoft Store, as well as on UPLAY+ and Stadia. The game will launch on PlayStation 5 alongside the console on 12 November.

The Assassin’s Creed Valhalla X Reebok collection drop online at reebok.co.za on 7 November 2020 and in stores from 11 November.