Having watched my fair share of Viking documentaries and series over the years, I was thoroughly engrossed in the first game. When the news of the expansion was announced, an exploration into the realms of Ireland, it piqued my attention yet again.

The DLC adds a welcome 15-20 hours of exploration to the game. Obviously, it depends on the type of gameplay you’ve chosen, with a significant amount of those hours spent raiding, pillaging and exploring new territories, while still finding new side quests.

But is Assassin’s Creed Valhalla: Wrath of the Druids worth purchasing? Picking Up Where You Left Things

While you’re still forging your way through the original Valhalla story or additional missions, a mysterious visitor arrives on the shores of Ravensthorpe. Although Eivor isn’t immediately convinced, a simple quest and the presentation of a letter quickly changes the mind of the protagonist who leaves at the behest of her long-lost cousin.

It’s a strange introduction of cousin Barid, who was not mentioned at all in the 50+ hours of Valhalla. It’s even more surprising that he has become the King of Dublin.

You arrive on the shores of Ireland in times of change, as the new king of Ireland, King Flann, aims to unite the various kingdoms. However, there’s quite a lot lurking behind the scenes, which requires you to get involved to uncover those enemies hiding in the darkness. 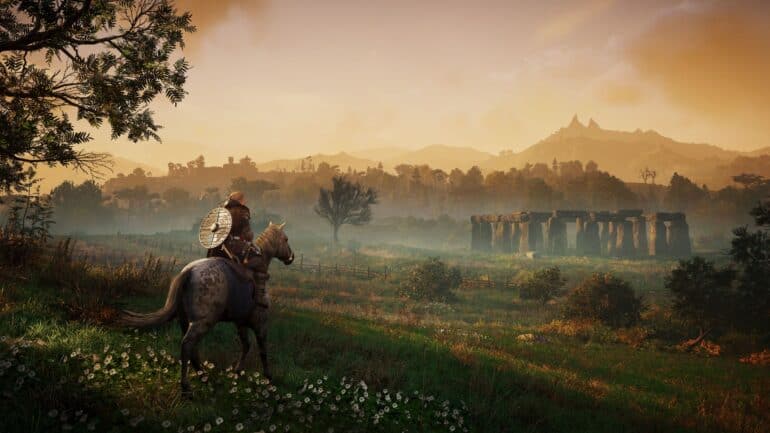 The land in Assassin’s Creed Valhalla: Wrath of the Druids is noticeably different from what you’ve explored prior. With Norway awash with snow and England with its wide-open pastures, Ireland is quite different. The landscape features the iconic hills and cliffs the country is known for. In addition to this, there are plenty of swamps and marshes, with that eerie fog and mist to up the suspense.

The landscape is both beautiful and creepy, heightened by the haunted areas on the map. Each of the areas creates unique experiences in how the characters interact and explore, adding to the creepiness.

It’s a stark contrast to Ravensthorpe and the rest of England, which now seems tame in comparison. 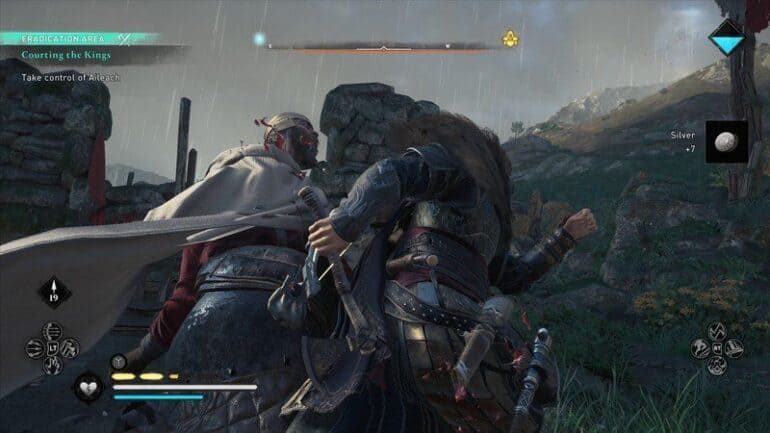 More of the Same

While the environment and story have changed somewhat in Assassin’s Creed Valhalla: Wrath of the Druids, there’s an underlying component that remains largely the same. The manner in which quests present themselves and working your way through them follows the same formula. You find a place on the map, survey the area, choose how you want to attack, kill everyone, loot it, and return from whence you came to collect your reward.

Over the expanse of 50+ hours of Valhalla, it became quite tedious at times. To break this formula, players may find it preferable to explore the map, raid monasteries, reach a few sync spots or upgrade their homesteads.

Assassin’s Creed Valhalla: Wrath of the Druids, however, does bring new quest types. One of these is Royal Demands. Here players are expected to clear outposts and stealing items of interest. These tasks arrive with Eivor anonymously, via pigeon coops around the area, which doesn’t really add much value to the story. As such, it feels out of place – tedious more than anything. The building resources as a reward, however, does offer a small bit of value.

The biggest changes within the DLC are the druids themselves, The Children of Danu. With their commitment to the old ways, they seek to preserve this way of life through violence and deceit. On paper, they’re simply just another group of individuals added to the Order. However, it is their supporters that bring a refreshed fighting style to the game.

These druids fight using hallucinogenic gas, thought to be magic. There’s also new weapons, animals and other elements thrown in to make the experience unique and less one-dimensional. Every raid or mission in Assassin’s Creed Valhalla: Wrath of the Druids has an underling boss with their own style of fighting. This adds a bit of tension as you have to figure out their movements, knowing when to dodge and when to strike.

Final Thoughts on Assassin’s Creed Valhalla: Wrath of the Druids

Exploring the shores of Ireland brings with it a new experience. Not only does it follow on quite smoothly from the original storyline, but it adds quite a bit of new mechanisms to make it unique enough without having to overhaul the game itself.

If you’re a fan of the Viking saga, you’ll no doubt find a lot extra in the adventures of Eivor through Ireland. While there are a few rigid aspects that haven’t been shaken off from the main game, Assassin’s Creed Valhalla: Wrath of the Druids is still a great play-through.

Despite a few of the rigid mechanisms from the original game, Assassin’s Creed Valhalla: Wrath of the Druids brings a lot more to the adventures of Eivor. The druids bring new fighting styles and elements to battle, making you rethink your fighting style and strategy.