It seems that video game movies are experiencing a renaissance of sorts with movie releases like the lackluster Warcraft, and even a rumored Uncharted movie in the works. Ubisoft has decided to take the leap of faith and prove that they could make a great video game movie with the release of Assassin’s Creed. 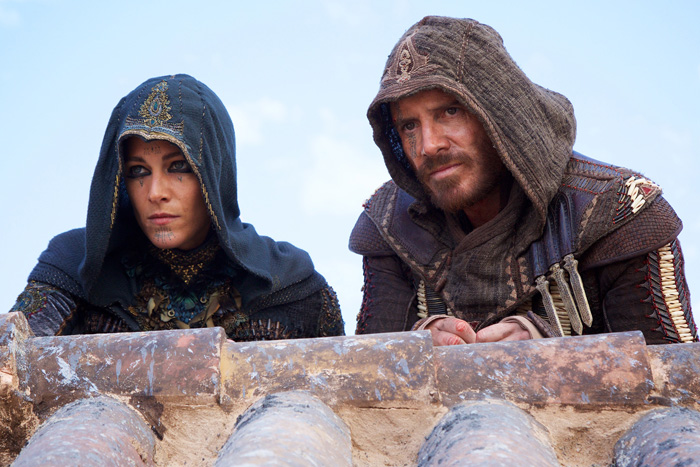 The project sees Director Justin Kurzel reuniting with the cast of his previous project, Macbeth, as they take a story that comes off as being quite silly and try to add some weight and seriousness to it. Well, does Assassin’s Creed rise above the other video game movies of the past? The answer isn’t as straightforward as it might seem.

It is clear from the start that the team had a lot of respect for the source material. The narrative follows that of the games quite closely. The film starts off in 1492 Andalucia, Spain and we are introduced to the central premise. An evil group called the Templar Knights are after an ancient yet powerful artifact called The Apple of Eden, an artifact which contains the secrets to controlling man’s free will. Standing in their way is a shadowy group called the Assassins who have been tasked with protecting the artifact at all costs. It’s the classic tale of good versus evil, shadow versus light, although the film does try to address some deeper issues such as free will.

After the quick introduction, we cut to 80’s Mexico where we are acquainted with the film’s protagonist, a kid called Callum Lynch as he discovers his mother murdered at his father’s hand. This, of course, continues to haunt him into his adult life, as the film cuts to Callum (Michael Fassbender) in the present day where we see him incarcerated for murder and awaiting the death penalty. After receiving a lethal injection, Callum is awoken by Dr. Sophia Rikkin (Marion Cotillard) who quickly informs him that the Templar Knights need to plug into the ancestral memories locked away in his DNA so that they could retrieve the memories of a specific ancestor called Aguilar (Micheal Fassbender). The Assassin’s Creed movie does fall victim to flat dialogue and bad exposition every so often, with the relationship between Callum and Sophia evolving in a way that can sometimes feel awkward and unnatural. Although both Callum and Sophia are given the most screen time, it’s the character of Sophia that feels more fleshed out. She tends to come across as less of a villain, and more as a misguided idealist who fills in the gray area between the Templars and Assassins black and white ideals. Her father played by Jeremy Irons, on the other hand, makes for a great villain. The strained relationship between him and Sophia serves some of the more interesting moments in the film.

At its heart, the Assassin’s Creed movie is all about free-running action, and this is realized beautifully in the film. The film’s interpretation of the Animus, the machine that allows Callum to relive Aguilar’s memories, perfectly reflects this and it allows Callum to move freely during these moments. Visually, it feels like you are watching a deadly ballet being performed and it’s quite thrilling seeing signature Assassin’s Creed moves on the big screen. The historic sequences are some of the films strongest and offer some great set-pieces, from thrilling carriage chases to the familiar rooftop battles, most of these moments feel like they were pulled straight out of the game. Regrettably, the Assassin’s Creed movie suffers from the same problems as the game by focusing more on the present time than the visually more impressive and interesting historical period. I would have loved to learn more about who Aguilar is and what drove him to take up the Creed. It feels like a missed opportunity that I hope is addressed should there be a sequel.

So does Assassin’s Creed movie break the preconception that all video game movies are bad? Not entirely. Although there are some interesting moments and ideas buried underneath the sometimes bland dialogue, it struggles to fully realize it’s potential. The film seems to hit it’s stride when taking place in the dusty streets of 1492 yet losses that momentum the moment we are pulled back to the present. I was pleasantly surprised at how right the film got the action sequences and how well these played out.

In the end, I did find myself wanting more, even though the film didn’t quite live up to my expectations. Assassin’s Creed feels like a step in the right direction for video game movies. 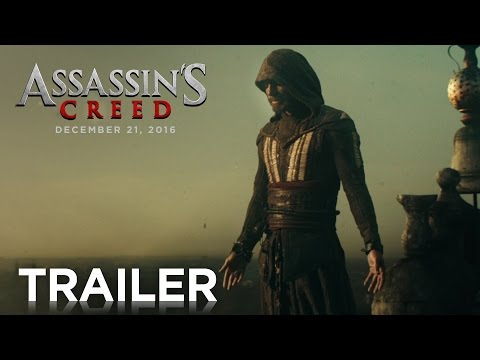