Assassin’s Creed Origins Review – The Best Game In The Franchise

For the past few days, I’ve been traversing the unforgiving and sometimes beautiful environments of Egypt. Throughout my journey, I hunted both human and animal, and even found myself staring down the massive gaping mouth of a hippopotamus as I barely survived my encounter with the beast. I killed and was killed (many, many times) but yet I managed to survive and take down those that had wronged me. Oh, and did I mention I slid down the great pyramids? This is Assassin’s Creed Origins. After a short hiatus, one of Ubisoft’s most beloved franchises returns. This time, however, we learn how the Assassin’s came to be as we follow the game’s brand-new protagonist, Bayek, on his quest for revenge. Yes, while this is yet another tale of revenge, what Origins does better than some of its predecessors is that it actually gets you to care for Bayek and the heart-wrenching predicament he finds himself in. When compared to some of the previous Assassin’s Creed protagonists, Bayek is a breath of fresh desert air. He even cracks a joke and shows his softer side once in a while.

As you can guess, as soon as Bayek starts hunting down those that hurt his family, he discovers that all is not what it seems and that a far more sinister group is pulling the strings behind the scenes. Along the way, he crosses paths with historical figures such as Cleopatra and Julius Cesar. Ubisoft’s amazingly detailed version of Egypt is both stunning to look at and fun to explore. From the floodplains of the Nile to the towering Pyramids of Geza, each area has been lovingly recreated in great detail. I was initially worried that an environment mostly consisting of sand would not allow for any variety. Boy, was I wrong! Ubisoft has managed to make most of the environments on the map feel diverse and unique.

Sure, you still get sections that are just gigantic sandboxes, but even those have a strange desolate beauty to them. The way the light plays on these unexpectedly bright coloured environments of Egypt is spellbinding. What I found surprising was how each city that was spread over vast distances felt truly unique, with each having their own distinct character. I continually found myself pausing for a moment as I stared at my surroundings, which sometimes included a flock of flamingos gracefully taking flight or a crocodile ripping an antelope to shreds. There was always something unexpected demanding my attention around each corner. But what good is a great big map if there is nothing to do? Luckily, Ubisoft has your back as there is almost an overwhelming number of things to see and do in Egypt, besides starring at the pyramids. Dotted on the map, there are tons of little icons vying for your attention, each promising a reward of some kind. There are hidden tombs to raid, new and interesting locations to discover, various animals to hunt (used for upgrading your equipment), gladiators to battle, forts to raid and, of course, the obligatory synchronisation points to sync up too. While most of this might sound familiar to fans of the franchise, to Ubisoft’s credit, they have done a lot to update and mix up the tried and tested (and sometimes frustrating) formula. This is most obvious in the way combat is now handled. Where previous Assassin’s Creed games boiled down to waiting for an opponent to strike, then countering their attack causing their body to erupt in gushes of blood, combat in Assassin’s Creed Origins is a lot more tactical. I died numerous times trying to button mash my way through groups of enemies.

Instead of the one button attack and counter system of previous games, Bayek now has access to a light and heavy attack, and a parry, which makes combat feel a lot more dynamic and involved. Gone are the days of taking on large groups of enemies and ending up victorious, in Assassin’s Creed Origins it’s sometimes better to run and isolate your foes rather than facing what can quickly become an overwhelming group of soldiers out for your blood (you’ll very quickly learn to despise archers).

While the new combat system is a welcome one, it does have its issues, especially since it places focus on more intimate one-on-one battles. There where numerous occasions where the camera was moving around erratically as it tried to re-position itself. This is made better when using the game’s lock-on function. However, even then, there were times I died because I couldn’t see what or who was attacking me. It has to be said that Ubisoft is definitely on the right track with the new combat system, it just needs some polish.

Being an Assassin’s Creed game, stealth plays a big part. Helping Bayek out when it comes to plotting a plan of attack, or helping him find his target, is his eagle, Senu, who basically replaces Eagle Vision (with an actual eagle). Any man (or woman) is only as good in combat as their various skill sets allow and Bayek is no different. There’s no doubt that Assassin’s Creed Origins incorporates a lot more RPG elements this time around (think Horizon Zero Dawn or The Witcher III). Nowhere is this more apparent than when looking at Bayek’s skill tree. As you progress through the game, he will continually level up. Assassin’s Creed Origins rewards you with XP points for almost everything you do. Kill something, get XP. Discover something, get XP. Complete an optional side quest, get XP. You get the picture. As Bayek levels up, he gains ability points which can then be used to unlock various abilities in three skill branches, Seer, Warrior, and Hunter.

During my time playing the game, I did experience some graphical bugs, such as objects (and even animals) spawning in after I’ve entered an area or some of the various NPC’s acting erratically. That said, I was surprised with how few issues I experience considering there are very few times when the game actually presents you with a loading screen. Another thing that might bug some people is that those optional side quest missions I mentioned actually become compulsory if you want to progress through the game’s main campaign. Bayek continually needs to level up (and become stronger) in order to stand any chance of beating the games increasingly difficult enemies. Luckily, most of these side quests are interesting and diverse enough that I never found myself not wanting to complete them. Assassin’s Creed Origins shows just how far the franchise has come, with each iteration improving on the previous. It’s a beautiful game filled with all sorts of distractions, vying for your attention. With the improved combat and more RPG focused systems, it feels like a step in the right direction. For the first time in quite a while, I can honestly say that I am excited to see where the franchise takes us next. After all, there are still so many time periods and destinations yet to explore. 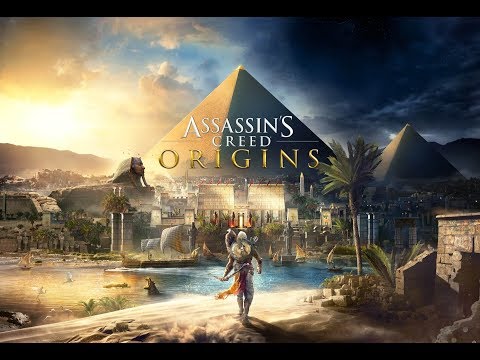