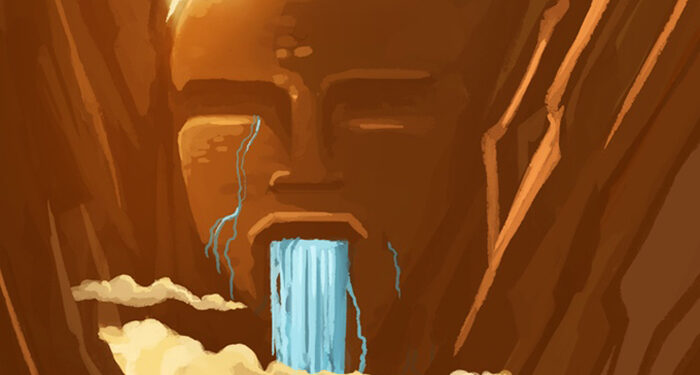 Your company employs people like Indiana Jones to find artifacts and then sell them to museums or private collectors. Earning money isn’t how you win, however, it’s a facilitator. Your final score is how “famous” your company is. The board is loosely divided into two sections. At the top is the scoreboard surrounding the diving cards. This area also has the museums and private collectors, and the card for guide work. In the other section goes the three rows of purchasable cards, separated into Row A, B, and C. Each player receives their starting cards and arranges them in a row, placing them adjacent to each other how they wish. More about this later.

A player’s starting cards are always the same. Adventurers are the three dice you can roll on your turn. The Headquarters will allow a player to purchase cards from the rows in the center of the table. There’s also two available expeditions to send your dice, I mean adventurers, on. Before we carry on, let’s go into detail on artifacts and museums. Each museum buys a specific type of artifact and pays a different bonus for the sale. Canyon and Desert expeditions are available at the beginning of the game, selling them to their respective museums will earn 0 or 1 bonus money. When making a sale, the player marks the number they sold on the museum card and that sale can’t be made again, meaning players need to collect progressively larger sets until the museum is filled. To gain access to further museums, the expedition cards need to be purchased from the center of the table. The private collector is always available, buying any combination of artifacts, but paying bonuses for a more varied collection.

On a player’s turn, they roll their dice and assign them to specific actions, performing them as they go. All actions require specific numbers to be rolled on the dice to perform that action, so often the perfect turn is prevented by the rather literal luck of the dice. The most basic action is sending an adventurer on an expedition, earning a cube on that card to indicate the artifact acquired. Adventurers can be sent to museums or a private collector to sell artifacts and earn money.

The Buy action is probably the most important in the game. All purchasable cards have victory points on them, so this is where the tactics lie. When buying a card from the center of the table, it is placed into either the starting row or the row below. A player can only have 2 rows of cards and they must all be adjacent to another card. Why is this important? Because many cards have bonuses for being adjacent to specific other cards and once they’re placed, cards can’t be moved. All cards have an upgraded version on the back, which can be unlocked by essentially buying it again. Instead of taking another card from the center, the existing card is flipped. This can have other bonus conditions, allow more actions or simply be worth more points.

The last two options are diving and guide work. Diving is the only action in the game where the pips from multiple dice can be added up to reach the target number. Each Dive card is worth 1 victory point, being placed off to the side. The next Dive card has a higher target number, slowly increasing over the course of the game. Other purchasable cards may provide bonus points based on how many specific Dive cards were taken. Guide work takes a single die that rolled anything and pays 1 money. This is a last resort for that die that can’t do anything else.

Players take turns rolling dice, performing actions (hopefully while narrating so everyone else understands what’s happening) and passing the dice along, until someone reaches 20 victory points. This ends the game at their turn. Not the end of the round, immediately. This can have major implications for “that strategy that only needed two more turns to pay out”.

A player’s final score is calculated by adding up all the victory points on their tableau, including bonuses awarded, adding to this their Dive cards, and lastly each museum gives victory points to the player that sold to it the most times. This is often a tie-breaker. Accumulated money is worth nothing. My biggest concern is player downtime. When my turn starts I pick up the dice, roll them and then go “Let’s see here…what can I do with these…”. This greatly slows down gameplay and serves to immediately tune out all the other players. We fixed this problem by fetching some more dice and giving each player their own. Instead of rolling at the beginning of your turn, you preemptively roll at the end of your previous turn and start planning. This gives you time to think while someone else is playing and you end up staring at that card you need to buy on your turn hoping other players don’t buy it first. It adds pace and a bit of tension to the game for an overall better experience. Quite simply 12mm dice, wooden cubes and a big pack of cards. The cards are not the best quality. Luckily marked cards don’t really ruin the game so we haven’t felt the need to sleeve them.

With the addition of extra dice the game plays smoothly and is engaging. Playtime becomes longer with more players but remains around the half hour mark. A winning strategy can be destroyed by a few unfavorable rolls so don’t take it too seriously.

Light but entertaining. Though players can become antagonistic, buying a card specifically so others can’t, it’s not a long-term game plan.

Ryan Laukat is primarily an artist, his art style infusing all Red Raven games with a very nice look. The cards are well thought out to support the theme and their text and bonuses are thematic. Very nice.

Though a fun little game with lots of replay value, it sometimes feels like you’re not really in control of who’s winning. It’s a great feeling when you play that perfect turn and leap several points ahead to end the game, but having that plan in your head and not rolling anything above a 3 can cause a feeling of “oh well, next time”. Recommended for gateway gamers or a filler game.

Seriously, though, just add a handful of dice to the box. You’ll thank me later.

Artifacts Inc. and many other board games are available for purchase from fanaticus.co.za 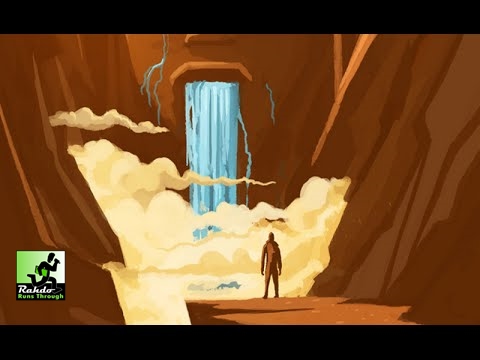