Arrow Star Stephen Amell Was Attacked By A Crazy Fan 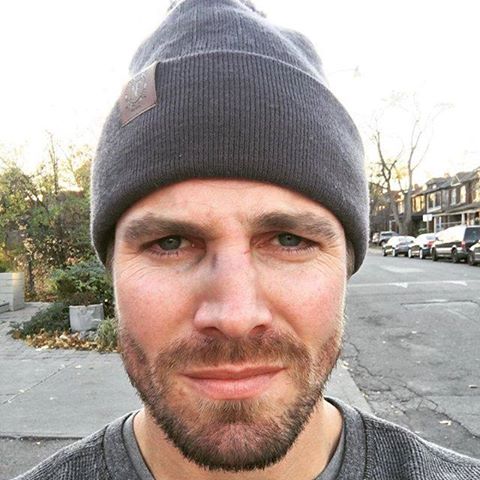 Playing a popular superhero is probably the best job in the world on most days. However, on most days actors don’t usually get attacked by fans of their show who are trying to test their might. Arrow star Stephen Amell recently took to Facebook to address an awkward incident involving a crazed fan.

Stephen Amell, star of Arrow, took to Facebook to post an image of himself following an attack by an apparent fan of Green Arrow. “Dude came up to me yesterday… Head Butts me hard. Outta nowhere… Then says — ‘I want to fight the Green Arrow,” Amell said.

I’m sure many will agree, this doesn’t seem like the actions of a sane person. Why would anyone in their right mind think it’s appropriate to attack and challenge Stephen Amell?

Thankfully, Amell didn’t escalate the situation and instead reached out his hand in friendship.

“…Paused, looked at him…,” Amell continued. “Shook his hand and said no thank you. Because I’m a father and a husband. Pretty manly if you ask me.”

We’re glad to hear that Stephen Amell is alright and that no one was seriously hurt.

Arrow is an American action crime television series developed by writer/producers Greg Berlanti, Marc Guggenheim, and Andrew Kreisberg. It is based on the DC Comics character Green Arrow, a costumed crime-fighter created by Mort Weisinger and George Papp.

When presumed-dead billionaire playboy Oliver Queen (Stephen Amell) returns home to Starling City after five years stranded on a remote island in the Pacific, he hides the ways the experience has changed him. As he reconnects with those closest to him, including his sister, Thea, Oliver appears to be the same wealthy, carefree bachelor they’ve always known. At night, flanked by his devoted friend, Diggle, Oliver uses his secret persona — that of a vigilante — to right societal wrongs and transform the city to its former glory.