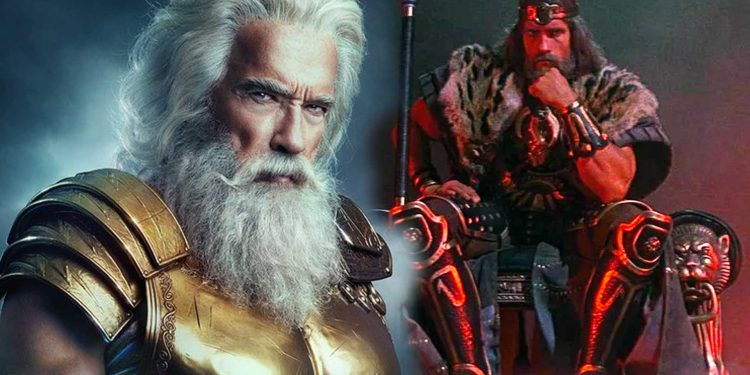 When you ask most people who Conan the Barbarian is, the most likely answer you’ll hear is that he is a character from an 80s action flick starring Arnold Schwarzenegger. That much is true: Conan was one of the very first feature roles for the Austrian bodybuilder – and pretty much cemented his reputation as one of the most physically astonishing actors in the entertainment business. So why not let Arnold Schwarzenegger play Conan the Barbarian in the MCU?

The truth, though, is that Conan has been around longer than you might think. He originated as a short story by Robert E. Howard back in 1932, when the writer was just 26 years old. A bodybuilding enthusiast himself, Howard’s stories have been brought to the pages of multiple comic books through the years.

The first few issues of Conan that were turned into comic books come from Mexico in 1952. Later, in 1970, Marvel Comics acquired the rights to the character, starting the now-iconic Conan the Barbarian series. It’s thanks to this comic book that Conan got his signature look which now included a barbarian loincloth that would be used in every version of the character from that point on.

Although the 1982 movie adaptation of Conan the Barbarian isn’t explicitly based on the comics published by Marvel, there are some elements of the characters’ mythos that are shared between the comics and the film.

However, in 2003, just as the first Marvel blockbusters were taking flight, the rights to Conan were purchased by Dark Horse Comics, which began publishing a new comic book that would run for fifteen years. That takes us pretty close to today: in 2018, the rights to Conan went back to Marvel Comics, meaning that the character could appear in the Marvel Cinematic Universe without having to go through any legal wrangling with Dark Horse.

As we enter Phase Four of the ever-expanding MCU, perhaps it’s time for some of the more obscure Marvel properties to get introduced to the cinematic universe. While Conan looks like a relic of a bygone era of storytelling – barbarians certainly haven’t been in vogue since the 80s – there are still so many ways for Marvel to include him in one of the MCU films or shows. After all, we did get a Howard the Duck cameo in Guardians of the Galaxy.

Is Arnie too old?

Now that the Thor franchise is leaning much more on its mythological roots, Conan could be introduced as a character in one of the future projects featuring the Asgardians. Here’s the thing, though: what if Marvel decides to cast Arnold Schwarzenegger again as Conan?

At first glance, yes, it might sound like casting a 74 years-old man to play Conan is pushing it a bit too far, but what if an older Conan is precisely what the character calls for? Ultimately, the Thor movies are at their best when they’re being directed by Taika Waititi, and seeing a senior Conan (played by Schwarzenegger) reliving the heroic tales of his youth, while he shares a round of mead with Thor, no less, sounds right up his alley.

Recently in the comics, Conan joined a superhero team known as the Savage Avengers. This could also prove to be a valid entry point for the character to get into the MCU, but let’s just hope that Marvel acknowledges how instrumental Mr Schwarzenegger is in the role. After all, in many aspects, the Austrian bodybuilder created the mental image of what Conan the Barbarian is more than any comic book ever could, so he is still the only logical choice left to play the character – no matter his age.

Tell us, do you think Arnold Schwarzenegger should play Conan in the MCU?