We Need To Talk About Arkham Asylum: A Serious House On Serious Earth 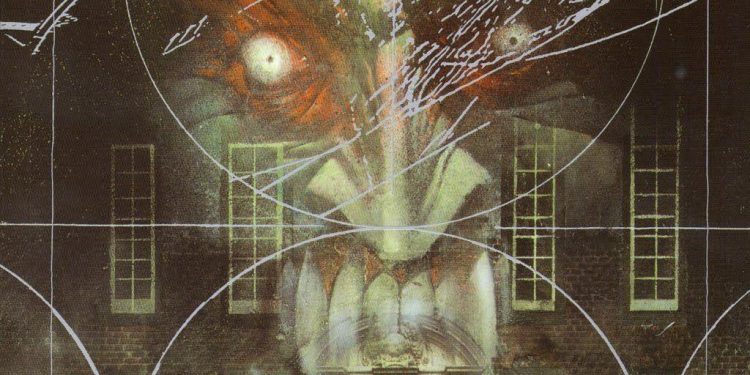 This is the 29th anniversary of Arkham Asylum: A Serious House on Serious Earth, one of the best-selling original graphic novels of all time and a book that’s been hailed as one of the most important Batman stories of all time.

It’s April 1st in Gotham City, and the inmates have taken over Arkham Asylum. Led by the Joker, their demands have been strange but they want one more thing: The Batman. The Dark Knight is willing to go in and face them, despite objections from Comissioner Gordon, but the reception that he gets isn’t quite what he expected. They want to play a game of hide-and-seek with him, with his life being at stake. Throughout the story, we get the origin of the asylum itself and the madness of Amadeus Arkham, the man who built it. The stories overlap back and forth, and we glimpse the symbolism of the various characters and what makes them function. Is it the madness that drives them, or are they being driven into it by a greater force?

Batman is on the defensive for most of the story until he finally confronts his own fears of what this place means, ultimately taking a stand for order and sanity in this home of chaos. He plays one last gamble to determine his fate, allowing one inmate to make the decision for everyone. Included at the end was a series of character profiles, with insights into their innermost thoughts.

When I first read Arkham Asylum: A Serious House On Serious Earth in 1989, I thought that this was the coolest thing ever. I took it with me to school and showed my friends, and they agreed. I read it over and over again, and there was something about it that really appealed to me. It was beautiful to look at, great to read, intelligent, philosophical and more than a little psychologically disturbing.

It was just the thing for a moody, brooding teenager who took himself too seriously. Over the years, my familiarity with it and my own life experiences have caused a shift in some of my opinions. I stand by what I said then, that Arkham Asylum: A Serious House On Serious Earth is one of the most beautiful graphic novels ever and Dave McKean’s art is amazing. It’s well-written too, easily one of Grant Morrison’s greatest works. The backstory of the creation of Arkham Asylum and what it represents is an incredible tale and one that DC has continued both in comic books and computer games.

The Batman story is weak though. He broods, he mopes, he relives the memory of his parents’ deaths once again and ultimately… well, he does very little. After just talking with various inmates, there’s a shift in tone from the moment he battles Killer Croc and he takes control. The mystery of how everything happened isn’t solved through any detective work on his part, and even the resolution to the story is out of his hands.

So Batman is, for the most part, just a bystander in the story. The Joker’s portrayal is over-the-top and strangely predictable, but at least an explanation is given as to why he behaves the way he does. The symbolism within the story can be too much at times and almost forced, detracting from the story instead of adding to it. The profiles at the end are either insightful, pretentious or just padding to fill pages, depending on your point of view. They certainly don’t add anything to the story.

The thing is, Arkham Asylum: A Serious House On Serious Earth is still an impressive piece of work and a must-read part of the Batman mythos. That’s because, while it’s a Batman story, it isn’t about Batman. Not really. It’s about the Asylum itself, a tale of madness and those who deal with it. There’s more to Batman than himself, his supporting characters and his rogue’s gallery – there’s Gotham City and all the aspects of it, with one of the most distinctive being Arkham Asylum.

For new readers or kids, this may be a lot to take in and is probably best avoided, but there’s so much to recommend about it that it’s certainly earned the reputation it has. Arkham Asylum: A Serious House On Serious Earth is a disturbing read, but a very good one that’s completely captivating and rewards you on every page.