Home > Books > Comic Books > I Have A Dark Secret: I Used To Read Archie Comics

I Have A Dark Secret: I Used To Read Archie Comics 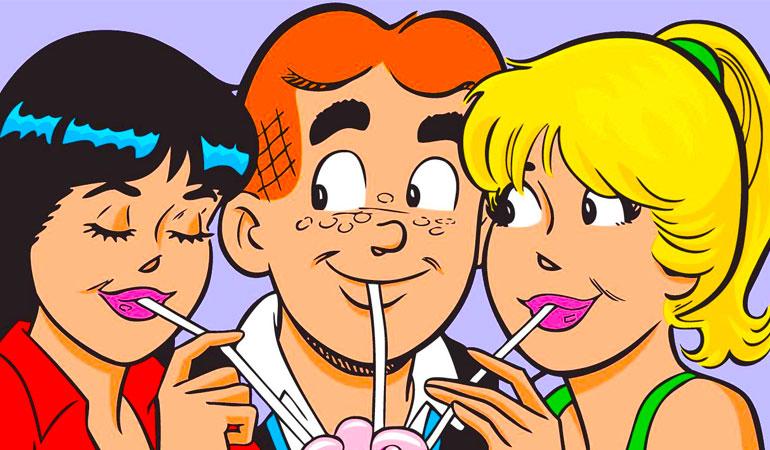 Yes, amongst all the superhero comics I could get my hands on, I’d pick up some issues and those smaller collected digests of Archie. My sister liked them too, even if she’s not really a comic book fan, which was cool. I liked their humour, which was cool too. I liked Jughead and Moose, loathed Reggie, thought Betty was the perfect girl next door I’d like to be with and I had a major crush on Veronica Lodge. But I liked Archie, even though he was a bit of a goof. Hey, I was a kid, what did I know?

Actually, I knew it wasn’t really all that funny. I knew Jughead was a slacker with an eating disorder, and that crown he wore on his head was ridiculous. I knew that Betty was too good to be true and that Veronica would be what’s now considered as high maintenance. I definitely knew why Archie had a problem choosing between Betty and Veronica, even if the answer should have been obvious. I also knew that I got them because they were harmless fun and were some of the only comic books easily available at the time here in South Africa. 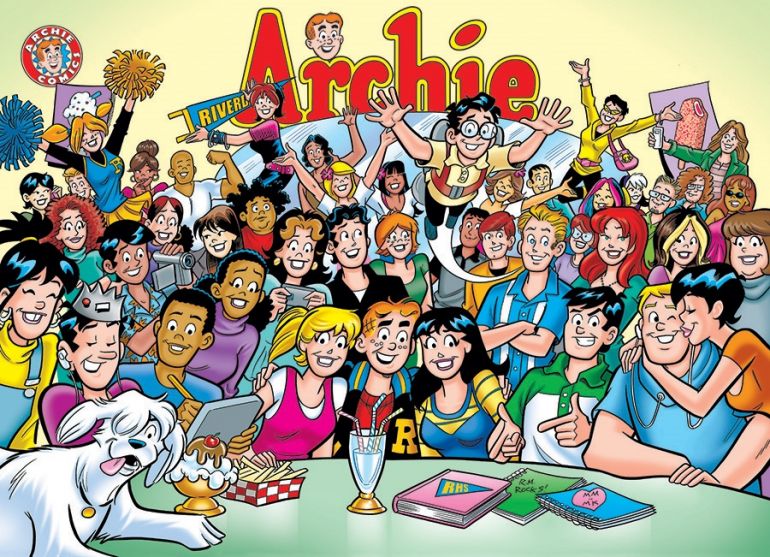 Over the years that changed. I outgrew them quickly. Superhero comic books were slowly becoming easier to find, and I left the Riverdale gang and that whole universe of characters behind at Pop’s Chock’lit Shoppe. They didn’t disappear from my life entirely though; I watched the Sabrina TV series, eagerly purchased a video of the animated Josie & The Pussycats show, and Archie’s face was on one of my T-shirts… but that was more out of my enjoyment for kitsch.

Ah, and then there was the take on the main Archie characters in Kevin Smith’s Chasing Amy.

It was funny, twisted… and (I thought) highly disrespectful. It made me laugh though, and it’s one of those typically mad fanboy conversations that we’ve all had at some point. It was crude and, clearly, just one character winding up another on the big screen, so I didn’t mind too much. Why should I? Archie and his entourage weren’t my concern.

Still, I never quite forgot about him. I also heard over the years that Archie comics had changed quite a bit. They’d been updated, with a more modernised Riverdale that’s more in keeping with the real world. The characters had mobile phones, better clothes and had to deal with more current issues. Gone were the goofy, slapstick days when Archie’s biggest problem was racing between two seperate dates with Betty and Veronica that were happening at the same time. I even flicked through some of the comics, and all the rumours were true. Things had changed. 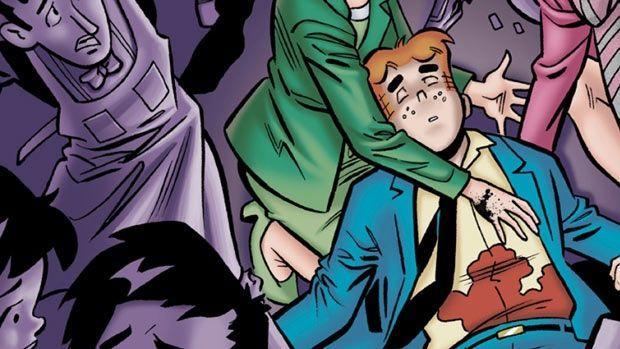 Sure, I didn’t start collecting them again. Actually, in the strict sense I never collected them; I just bought and read them. But I’d also point out to anybody who sneered at the Archie section at my local comic book store that they shouldn’t dismiss them out of hand. I may not have bought them myself, but I did encourage people to start thinking about them in a new way.

Then I heard the news that Archie Andrews, the kid who reminded me of Jimmy Olsen only without a signal watch, was going to be killed.

I’ve seen things like this before. Superman got killed. Captain America got killed. It’s become a bit of a cliché. It’s always boosted sales and interest in their titles and I understand that usually it’s a combination of good storytelling and smart marketing. Or, to be more precise, a stunt. Many of my favourite characters have been killed over the years and, unlike some of the bigger guns, those ones haven’t even come back. But Archie?

Okay, that one I didn’t see coming. Granted, it’s in a potential future universe and the teenage Archie is still kicking around with his friends in other titles, but it’s still a pretty big deal. It also proves that the Archie comics have changed a lot over the years and are definitely worth a look. His death doesn’t really affect the regular stories, but there’s something about it that’s struck me as being far more important:

He died as a hero. He didn’t wear a costume to fight crime. He didn’t have superpowers because he was an alien from another world, or from being given a super-soldier serum. He’s always been just some guy and, in this case, he was trying to save the life of his friend from being shot and took the bullet himself. His motives were pure and his sacrifice was genuine. Something like that says a lot about a person, fictional or not.

Since my first reaction was shock and my following reactions have included writing this, it’s probably easy to figure out that it dawned on me how Archie Andrews meant more to me than I first realised. He was a part of my childhood, after all. I did buy the T-shirt, and I did feel lousy at the comments in Chasing Amy… So yes, I guess I wasn’t as far removed from Riverdale High’s everyman as I thought I was.

I even realised that since he was mentioned in Kevin Smith’s film at all just shows how much a part of popular culture Archie Andrews is, and Banky Edwards’ response to hearing the character being defiled is a strong testament to me not being alone on this… even if Banky’s just a fictional character too, his dialogue was written by a real guy. Why we read Archie comic books is up to us. Maybe it’s the comedy, maybe the situations he finds himself in, it doesn’t matter. There’s a part of him that’s just like us in some way, because he’s normal. He’s clumsy at times, silly, makes rash decisions when it comes to the people he likes, and helps his friends – or even saves them – when they need it most. There are no superpowers involved because he doesn’t need them to be normal or a hero.

That’s why he’s the Man of Real, and that’s why we should care.