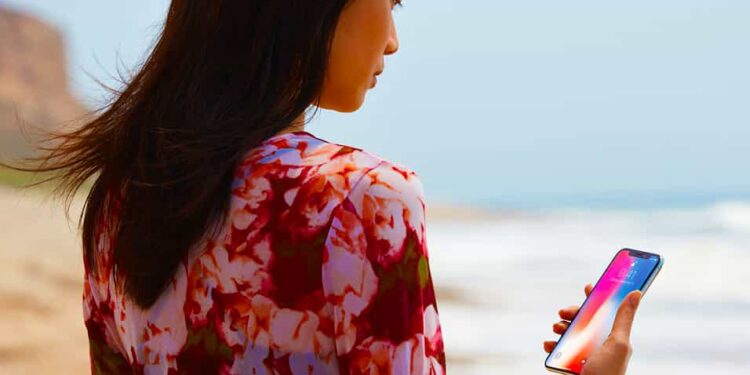 Yesterday, Apple published its newly refreshed privacy page, which shed light on some of the details that were announced at this month’s launch event for the iPhone X, iPhone 8, iPhone 8 Plus and Watch Series 3. The main focus of the updates were to highlight some of the features for their new Face ID system. In addition to the newly published privacy page, Apple also released a new support page and technical white paper. One of the more interesting aspects of the information update came in the form of the Face ID for the iPhone X, which walks us through the various privacy and security measures built into the facial recognition system, as well as crucial details on how it all works and holds up under deeper scrutiny. The information highlights how each “faceprint” is stored, and how much more secure it all is that their previously used Touch ID. Essentially, though, the two technologies work in a similar manner, reading your face and creating a partial version to compare against your face each time you need to unlock the device. The image, however, is not a complete replica of your face, but rather picks up key features, so even if someone were to decrypt the stored information of your faceprint, they would not be able to stitch together what your face actually looks like. This provides a higher level of security for those worried about the stored images being able to be recreated. Furthermore, the saved faceprint is continually updated with each successful unlock. This provides an even further secure data storage as the saved data is different with every time a user unlocks their phone.

The new information seeks to provide an assurance to users that the system is completely secure and trustworthy, but hasn’t been able to tick off each and every question posed. For example, there’s an issue of accidentally unlocking your phone simply by looking at it. This is a real possibility, and could be a concern if users don’t intend to do so and leave them vulnerable after the device is locked unknowingly. Apple does state that there’s a requirement to be looking directly at the front-facing camera with your eyes open to unlock the device, but we’re not truly convinced this solves the issue. Some of the biggest headaches for the Face ID system, however, comes in the form of spoofing. Let’s take a few scenarios to unpack the risk. As with Samsung’s Galaxy S8 concern on photo unlocking, the concern exists here too. Apple does suggest that it takes steps to prevent this from happening, but until real-world tests can be conducted, we can’t write this off by means of a promise.

The second aspect of this is probabilities. With the Touch ID, Apple said there was a 1 in 50,000 chance someone would be able to unlock your device using their fingerprint, which has been improved to 1 in 1,000,000 with Face ID. I don’t see how fingerprints could be less secure than facial recognition, given the years of research in this area, meaning, simply, that the fingerprint sensors being used were never up to scratch. Based on these numbers, the latter still means that there are potentially 7,000 people on earth able to unlock your device with their Facial ID system.

The biggest concerns are derived from more complicated issues. The first being an identical twin. While the system is able to pick up some differences between some identical twins, there’s very little to be done in terms of being able to distinguish fully between the two (or more) individuals. The risk, however, is even higher for persons under the age of 13. Due to the naturally softer features of children, there are less distinct features between individuals. As a result, the system is much less secure in picking up subtle differences in kids. Then there’s the elephant in the room… How well does the Face ID system perform for different races, especially for darker skin tones? The papers and information released hasn’t touched on this in any form, which has raised a few eyebrows.

We already know John Cena will be having a set of challenges to deal with on his own. How about these celebrities that also share similar looks?