You Won’t Believe How Fugly The First Apple Watches Were 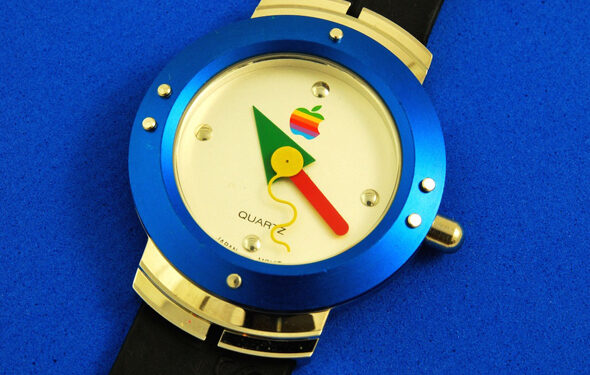 While the news may be currently heavily focused on the upcoming Apple iPhone 8 and accompanying phones, reports have suggested that Apple is also working on the Apple Watch Series 3. The device may be about to reach its third iteration, but you may not have seen some of the first Apple watches.

In addition to the 1995 edition of the Mac OS Watch, the company was also known to have the own range of other clothing, including sweatshirts, shorts, and sunglasses. Apple was also no stranger to releasing watches as gifts for their products. Below are a few examples of the first Apple watches.

The first watch Apple released alongside a product was the Apple IIGS Watch. The Apple IIGS was launched in 1986 and was considered the most powerful computer at the time. It was manufactured until the end of 1992.

Back in 1987, Apple released one of its first handheld devices, way before the iPod generation. The Newton Watch was free with a purchase of a PDA during a brief campaign.

Way before the release of the Watch Series 1 in 2015, Apple were known for shipping limited edition watches with many of its devices. In fact, more than a decade ago, Apple released the Mac OS Watch, which formed part of a promotional campaign for the company to get users to upgrade to their latest Macintosh System 7.5 between May and July 1995. The Mac OS Watches are pretty rare and pricey. eBay listings often selling in excess of $2,000.

As with the Mac OS Watch, Apple also shipped a few watches as part of their release campaign for the Mac OS 8 software. The watch’s minute and hour arms would form an ‘8’ whenever the clock hit 7:40, which tied in with the Mac OS 8 theme. It also featured the Apple logo on the 3 o’ clock spot and Mac OS logo as the 12 o’ clock.

In commemoration of apple.com, the company sold the Apple.com Watch at The Company Store on the Apple campus in Cupertino, California.

The watch was released as part of the “Think Different” campaign and featured a clockface that rotated anti-clockwise.

The “Planet Apple” was the last of the analogue watches released and came in a variety of colours and faces.