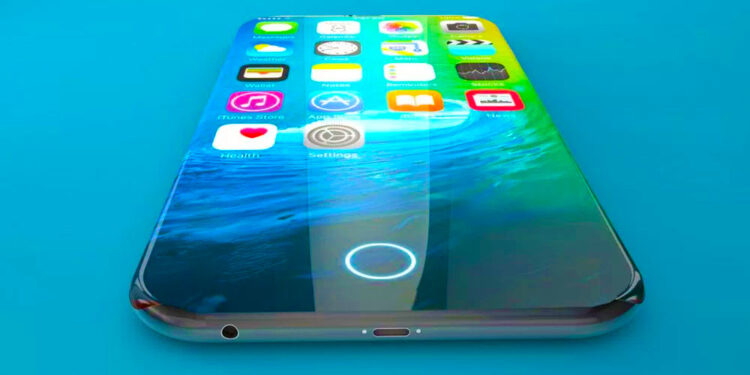 The launch of the iPhone 8 is all but a few months away and yet the tech news feeds are inundated with new stories about the specifications of the new Apple smartphone on almost an hourly basis. The rumours will continue unabated until the actual release of the iPhone 8, which also marks the celebration of a decade since the release of the first iPhone by Steve Jobs in 2007, catapulting Apple top of the list for highest revenue year on year, and voted the best valued brand for several years. The rumour mill has been hit by posts and photos from various sources, mostly from China, among many other leaks, some directly from the factories said to be manufacturing the device. If you’re simply waiting for the next iPhone announcement in October, you may be in for a bumpy ride as the amount of rumours swilling have us completely confused as to what may be true, and what is more likely to be false. For starters, there’s an argument as to whether the coinciding of the 10-year anniversary of the iPhone will make Apple jump straight from the iPhone 7 to iPhone 8, in contrast to their S models in between major releases every two years. Some are suggesting that the iPhone 8 may only launch in early 2018 due to some manufacturing delays and challenges as a result of the embedded Touch ID sensor (or fingerprint scanner) and main button directly onto the display, a rumour that has also been tagged with Samsung as to why they opted for the off-centre fingerprint reader on the rear.

There’s also talk that Apple’s WWDC this coming week may serve to stir further rumours as possible hints of the next iPhone’s release may be dropped sometime during the announcements. In addition to this, there has been quite a few renders and schematics of the device in recent weeks, following by some “hands-on” photos, apparently from within the Foxconn factory, of the presumed next generation iPhone. Despite the photo evidence, it is possible that those devices in hand may also be mock-ups and prototypes of what Apple are aiming towards, and may not be able to deliver if the challenges are to be believed. Apple has also been rumoured to be investigating the possibility of adding wireless (induction) charging to the next iPhone alongside Energous. One interesting rumour from this is that Apple may be working on true wireless charging capabilities that don’t require the device to be docked, but only within a few feet of the source to be able to charge remotely. Energous had earlier this year made the announcement that it was working with an unknown tech giant on the capabilities, and it has recently come to the attention of some deep divers that the company in question is definitely Apple.

Nothing at this stage has been confirmed, and nothing will be for some time yet. We don’t have a grasp on the design, display, dimensions, internal specifications, Touch ID sensor, rear fingerprint sensor, dual camera, induction charging, or anything else for that matter. All of this and we haven’t even discussed possible pricing, which also has its own rumour, and said to be in the range of $1000+, making it the most expensive iPhone to 8 if true. Considering similarly priced items once they reach South African shores, don’t be shocked at a R20,000 price tag, or there about, when the news breaks. What we do know for certain is that Apple is aiming towards some of the above-mentioned capabilities and features, although it’s too early to discern whether all of their dreams will be a reality come October. You can view some of the more recent mock-ups, prototypes and graphic renders of the Apple iPhone 8 in the gallery below. I’ve also thrown in some of the specifications that have been floating around the Web for good measure.