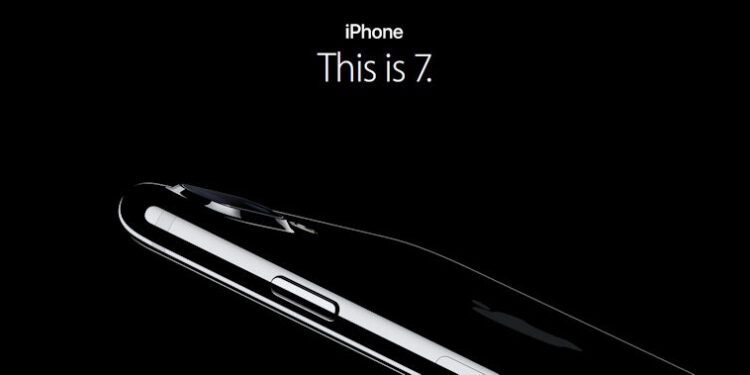 It’s that time of year again when Apple has the world holding their collective breaths as it’s about to officially announce the latest iPhone. In this case, and to be more specific, the iPhone 7. Andas with previous years, rumours were doing the rounds leading up to the announcement, weeks, even months, in advance. While specs, size, display and cost have all been major talking points in previous years, the removal of the jack for the earphones has been the main emphasis this time around. So, a year after the launch of the iPhone 6s, what does Apple have in store for their fan base in 2016?

During the address of the media and fans gathered at the live event at the Civic Center, San Francisco, United States, the event kicked off with Tim Cook taking a drive with James Corden in Carpool Karaoke, before proceeding with his keynote address. Before talking about the iPhone 7, a few new apps and ventures with announced, that including the iWork, ConnectED, and even the announcement of a new Mario game, Super Mario Run, by Shigeru Miyamoto himself. In just over 18 months since Apple has jumped into second place in watch brands around the world, second only to Rolex. It’s also the top selling smartwatch, but that’s without saying given the previous announcement. The Watch (or Apple Watch Series 2) has been updated to watchOS 3 with new features, including updated fitness activities, SOS services (911, etc.) and many others. But, despite all the new updates, the biggest cheer the Watch received was the announcement of the Pokemon Go app integration. No doubt it will be a fan favourite, given the already 500 million downloads worlwide. The Pokemon Go app also adds some fitness features, which ties in with your health activities…in case you needed more motivation to go for a run or walk. And did I mention that it is now swim-proof? The Watch is now 50%, has twice the graphics capabilities, is also twice as bright (1000 nits), and has built in GPS radio.

The Watch Series 2 and Nike versions will set you back $369, while the original (Series 1) will see a price drop to $269, although it too will see an update of the Dual-core CPU.

The iPhone 7’s “new” design meant it had to create a new manufacturing process. There are a few new colours to choose from, with the lineup now including gold, silver, rose gold, and now black…or as Apple claims, the darkest black you can find on a smartphone. The home button has also been redesigned, and is now customisable to users, and also has force-sensitivity built in. The iPhone 7 now also has an IP67 rating, meaning that it is both dust and water resistant, up to 1 meter for 30 minutes. In terms of the camera, Apple claims that its high-speed sensor is 60% faster and 30% more efficient, providing brighter images, even in low light conditions. The 12MP rear-facing camera has image stabilisation, f/1.8 aperture, 6-element lens, Quad-LED true tone flash, Apple-design ISP, and a wide colour gamut. The Dual lens feature is divided into two wide-angle and telephoto lenses, which provides quite a few new camera features, including better zooming and depth of field (bokeh) and is only on the iPhone 7 Plus. The front-facing camera has a 7MP lens. Now we get to the most talked about aspect of the iPhone 7, the sound setup. The iPhone now features stereo sound. Contrary to rumours, Apple has not done away with cables for the earphones, but instead switched the jack for the lightning connector. Apple has gone on record stated that there are more than 900 million lightning connected devices out in the world. They’ll also be offering the lightning connector earphones in the contents, along with a connector for 3.5mm to lightning, which will take away many of the arguments that Apple always asks users to pay extra for accessories whenever they switch their tech. The single reason Apple has taken away the 3.5mm jack was…wait for it…”courage.” Yes, that’s it. They claim, however, that audio should be moved to wireless. Enter the Apple AirPods. The device has a 5-hour playback time on a single charge, and its carry case will keep it running for 24 hours. The iPhone 7 has a new built-in W1 chip built in to support new wireless connectivity. Beats has also taken the opportunity to jump on the iPhone 7 hype, launching its new BeatsX line.

So, without further ado, here you have your iPhone 7 specifications. Apple has released the new A10 Fusion chipset, a 64-bit Quad-Core CPU with 3.3 billion transisters. Two of the Cores have a high effiency, and runs at one-fifth the power consumption of the two main Cores. The GPU has a 6-Core chipset, which sees an increase of 50% over the A9 chipset. Apple claims, once again, that this is the most powerful chip, ever, in a smartphone. The iPhone 7 has up to 13 hours of wireless video playback, while the Plus has up to 14 hours on a single battery charge, and a talktime of 14 and 17 hours respectively. As for the display, it’s a 4.7″ Retina Display with LED-backlit IPS LCD that’s 25% brighter, with 750x1334px resolution, Ion-strengthened glass, and oleophobic coating. The Plus, on the hand, has a 5.5″ display. All of these new hardware features will be powered by Apple’s iOS 10.