Apple has officially launched the latest range of smartphones. As is always the case this time of the year, we’ve been inundated with numerous leaks ahead of the latest Apple event. This year was no different. While the rumours pointed to two variants, the tech industry was treated to three new models, including the iPhone 11, iPhone 11 Pro and iPhone 11 Pro Max. With no sign of the XR model, the iPhone 11 is set to take its place, while the iPhone 11 Pro and 11 Pro Max variants will offer superior features.

Although there may not be full details about the newly revealed A13 Bionic Chip, the focus of the launched was based on its photography capabilities. The new device will include a rear-facing, dual-lens camera, with a 12MP Ultra Wide and Wide lenses with Night mode. The iPhone 11 Pro and 11 Pro Max will include a triple-lens camera, with 12MP Ultra Wide, Wide and Telephoto lenses with Night mode. Apple also claims that the glass on the rear and around the cameras are the “toughest glass” in a smartphone. There has been no mention of any of the models including 5G support. Other support features also include HDR10+, Spacial Audio Sound, Dolby Vision, and Dolby Atmos.

Also launched on the evening was Apple’s own streaming service, a competitor to Netflix and Disney. The Apple TV+ subscription will be available at £4.99 per month (no South African pricing as yet).

The launch of the new streaming service sees Apple usher in a new move towards a service-based revenue stream, diminishing its reliance on its hardware operations. Apple will offer a year free subscription for the new TV service for those who buy a new iPhone. 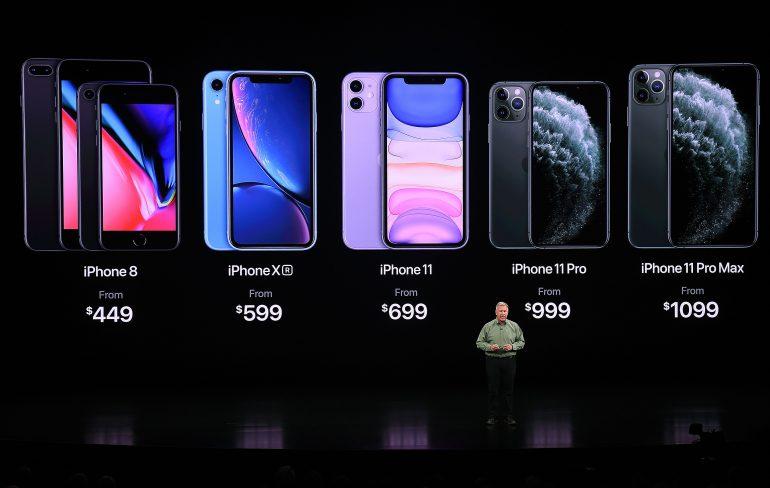 The specifications for the three models include:

All three of the Apple iPhone 11 models will be available for pre-order starting on 13 September 2019 in the U.S. and various other territories, which will then be available on 20 September. Unfortunately, there are no details as yet on the release date in South Africa, or any specific pricing. Check back for more details for the local market as they unfold.