Marvel’s Falcon, Anthony Mackie, Wants To Be The Next Blade 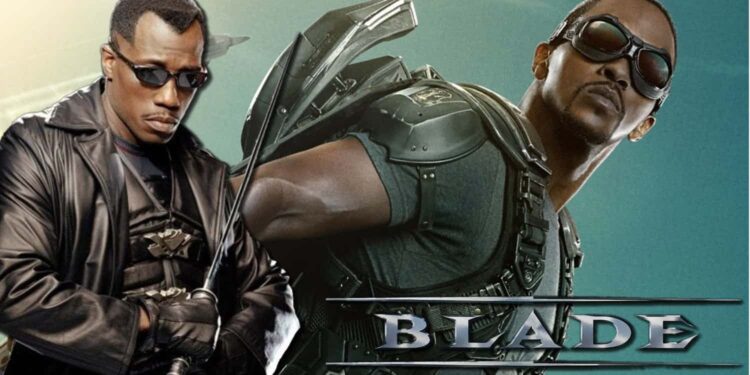 In the last few years, we’ve seen many actors play two or more superheroes. Ben Affleck has been Daredevil and Batman. Halley Berry has been Storm and Catwoman. Chris Evans has been Johnny Storm and Captain America. It’s no surprise then that Marvel’s Falcon, Anthony Mackie, wants to be the next Blade.

Fans have been waiting in anticipation for Marvel to announce plans for Blade, a character who hasn’t been on screen since Wesley Snipes’ trilogy in the 90s (or Blade: Trinity in 2004). Although Snipes has been trying to push for another film, it seems that project will most likely get a reboot.

When it comes to another BLADE, there's always a possibility. ?#SharpeningMyTeeth

Now, Anthony Mackie, an actor that already has an established place in the Marvel Cinematic Universe as Falcon, has thrown his hat in the ring. In a recent interview, Mackie expressed his interest in playing the vampire killing superhero:

“I pretty much want to grow up to be Wesley Snipes. If we can bring back Blade, I’d definitely be Blade in every Blade movie.” He most certainly has the right look. Although, it’s hard to imagine that this could work – considering he is already in that universe as Falcon. And secondly, we’re still keen on Snipes as Blade. Even at his age, he could pull off the character quite well.

Blade was one of the first really good superhero films. It would be great for the vampire hunter to return to the big screen.