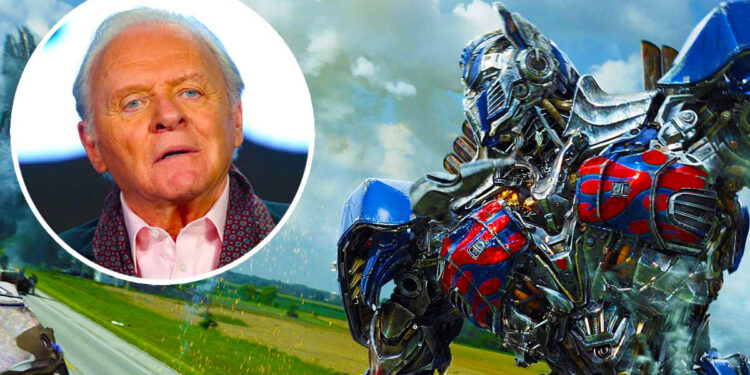 You’ve got to love Sir Anthony Hopkins. While many actors would have at least pretended to be interested in the blockbuster films they are involved in, the Silence of the Lambs actor has made no bones about the fact that he not only doesn’t understand the films but that he took the job for the money.

At 79-years-old, most actors tend to focus on more serious roles. Not Academy Award-winning actor Anthony Hopkins. His recent role choices, including Westworld, Transformers: The Last Knight, Collide and Thor: Ragnarok, proves that he is all about having fun. While he might not know much about what was going on in Transformers: The Last Knight, he admits in an interview with Event Magazine that he had loads of fun making it:

“You’re not going to ask me to explain the plot are you? Because it’s so very complicated and there’s the whole mythology of four previous films that come into play. I have to admit, I don’t quite get all of it.”

That said, he clearly understands his character well:

“All I know is I play a highly educated, eccentric English lord. I had a terrific time making it. Mark Wahlberg was wonderful to work with, the locations were excellent (Northumberland, Norway, Arizona, the Isle of Skye and Stonehenge) and I showed up, put my costume on, said my lines and stayed out of trouble. That’s all I ever do. It beats working for a living.”

Hopkins also notes an important lesson he learnt from his father at a young age: ‘Go where the money is.’

“And he was right. He told me to go to Hollywood like Richard Burton and make some cash. That’s why I came to Los Angeles all those years ago [in the mid-Seventies] and I fell in love with the sunshine, it’s a great place to make a good living.”

The actor also went on to mention that he “definitely not” be winning any awards for his role in Transformers: The Last Knight. You just have’ta love his sincerity.