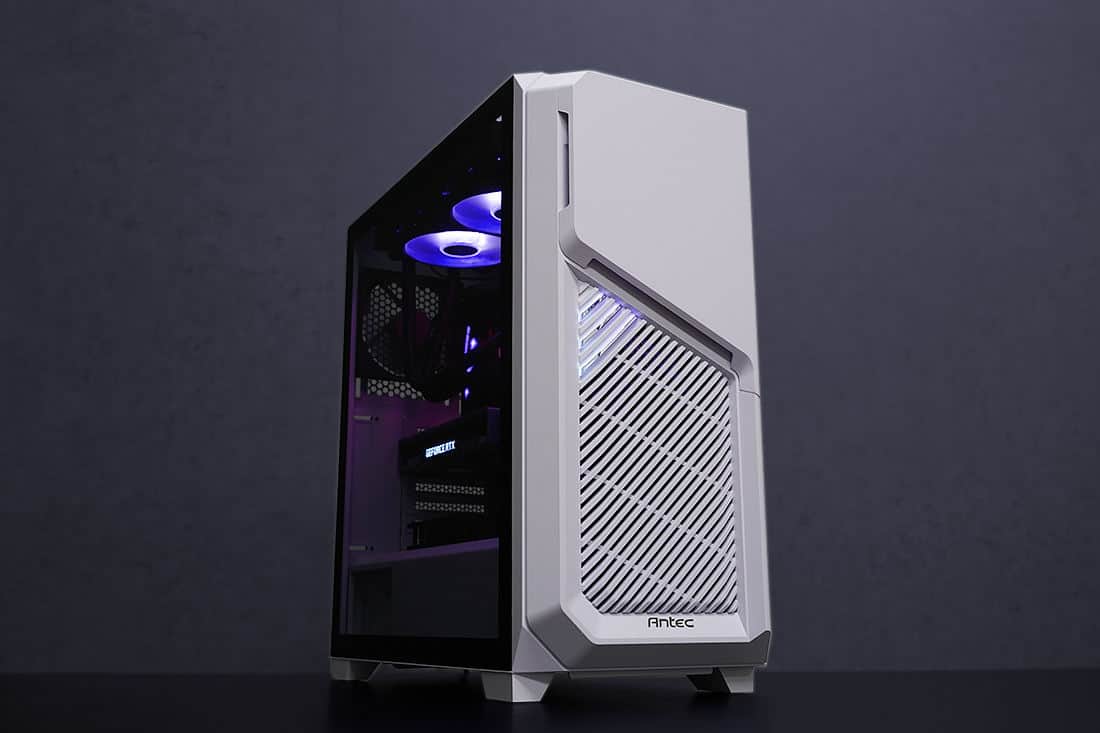 Choosing the components of your new gaming rig isn’t something PC gamers take lightly. Although the budget does play quite a significant role, each hardware component is thought out carefully. From the CPU and GPU to the cooling and PSU. However, there’s nothing that contributes more towards the aesthetics that your selected gaming case. There are quite a number of options to choose from, whether it be flamboyant or minimalistic. Antec is a leading manufacturer in this space with a great lineup to choose from. Having received the Antec DP502 Flux White Dark Phantom case, we take a look at the contents and build.

What’s in the Box?

The Antec DP502 FLUX White is a mid-tower gaming case. It is equipped with some of the industries leading design and technical details throughout. From the advanced ventilation to the built-in LED and PWM fan controller.

The biggest highlight on the case is its ventilation system. Antec believes that this is where quite a lot of performance can be gained or even lost. With the latest generation Intel and AMD chips, the increased performance requires the best cooling and thermal performance. 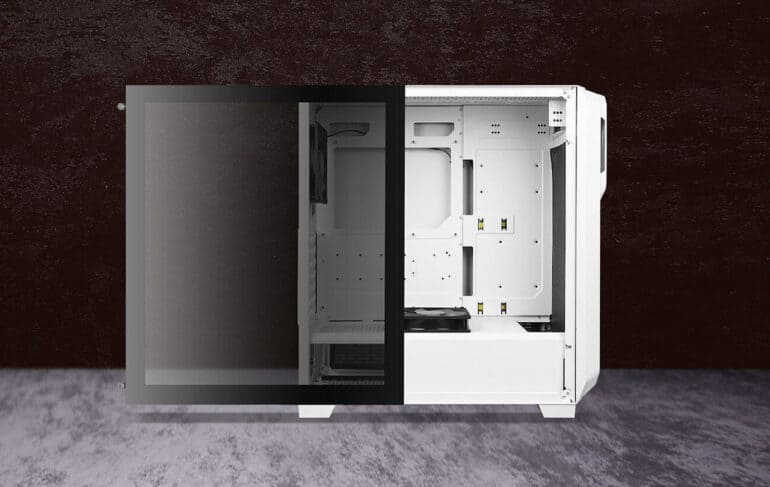 As a result, there are quite a number of slots within the layout to fit up to nine fans. This makes for the ultimate in cooling options without moving to the more expensive, water-cooling systems. In addition to all these slots for fans, there are also just as many vents. These are seen on the rear, front, bottom and top – basically every side of the chassis.

Moving to the internals, it supports numerous slots for various configurations. It supports ATX, Micro-ATX and Mini-ITX motherboards. Further to this, it is capable of supporting three 2.5” SSDs and a 3.5″ HDD on the lateral side. On the inner side, it can fit an additional removable HDD on the top, as well as two SSD/HDD slots in front of the PSU housing.

Once you’ve connected all your components internally, there’s quite a bit of cable management still left to do. The Antec DP502 FLUX White offers an impressive amount of options to get that set up just for your configuration.

And when it comes to your LED and fan configuration, the controller box makes this extremely easy. That’s not hyperbole either. Whenever you add a new LED light or fan to the case, you can simply run the cables through the various slots and connect them to the controller box.

The controller box itself is then connected to the motherboard via a single connection. Depending on your brand of motherboard and software it uses, you can then configure the addressable LEDs or have them synced to the rest of your rig’s LED lighting. I was able to sync the theme from the motherboard to the fans as well as the chassis’ front LEDs.

There are two variants of the case, available in both black and white. Having gone with the white build, it fits perfectly with my projector and other peripherals. And it’ll fit nicely next to your PS5 if you do have or plan to get your hands on one.

The overall build I would put down as medium. It’s not too complicated to put together but does require some planning or thought when it comes to cable management. It’s also important to consider how you’ll route the fan and LED cables to the controller box, so positioning them away from the main cables from the GPU, motherboard and PSU is very important in the long run.