Ant-Man and the Wasp: Quantumania Teases a New Marvel Team 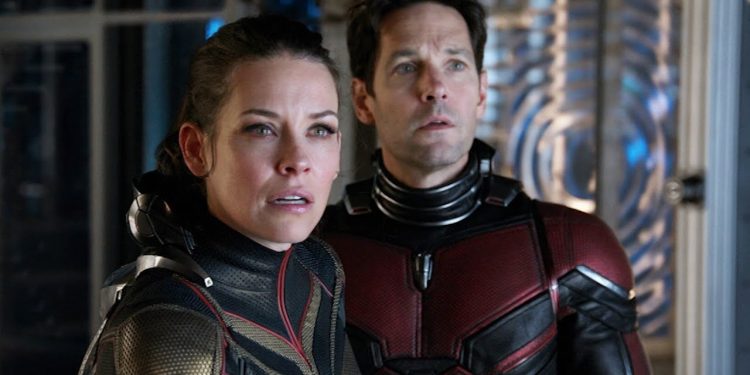 New Ant-Man and the Wasp: Quantumania rumour claims that the upcoming sequel to the Ant-Man will introduce a new supergroup to the Marvel Cinematic Universe.

Ant-Man and the Wasp: Quantumania is the third instalment in the current Ant-Man trilogy that follows Scott Lang in yet another quantum adventure alongside his love interest, the Wasp aka Hope Pym. With the Quantum realm having been discovered in the previous movie, who knows what adventures could await the cast?

A New Group in Ant-Man and the Wasp: Quantumania?

Trusted source KC Walsch recently tweeted that an unnamed insider shared that the test screening of the third Ant-Man movie seemingly confirmed key plot points previously shared, including the formation of a new supergroup that Walsch left unnamed. Despite not naming a group, when he seemed to assure that it was not the Young Avengers.

In the comics that inspire all Marvel Movies, Scott Lang aka Ant-Man has been a member of several different incarnations of the Avengers such as Defenders, the Fantastic Four, Guardians of the Galaxy, and Heroes for Hire. In response to a tweet asking if the team in question would be the Fantastic Four, Walsh seemed to indicate that it was (or rather did not indicate that it wouldn’t be).

There are also rumours that Ant-Man’s daughter Cassie Lang will become a superhero in Ant-Man and the Wasp: Quantumania, however, this has yet to be confirmed by Marvel Studios. Kathryn Newton is confirmed to portray Cassie, taking over from Emma Fuhrmann who played Cassie as a teen in Avengers: Endgame.

No rumours needed, Samuel L. Jackson’s Nick Fury will also be on hand in Ant-Man and the Wasp: Quantumania as Jackson revealed this news himself. The news was confirmed when Jackson mentioned that the upcoming sequel was one of the three Marvel Studios projects he has been filming for, the others being Captain Marvel follow-up The Marvels and Disney+ series Secret Invasion. Jackson joked that the Marvel Cinematic Universe’s production schedule was “crazy”, and that his first reaction to signing his original nine-movie contract was to wonder whether he would still be alive by the end of it.

It can also be assumed that because the Wasp forms part of the title and the trilogy, Evangeline Lilly will most likely reprise her role as the Wasp and fight alongside Scott Lang.

Although Cassie and Fury are confirmed to be in his corner, it appears that Scott Lang heads back into battle without one of his longest-serving allies, as David Dastmalchian had previously confirmed that he hadn’t yet been invited to reprise his role of Scott’s close friend Kurt. Dastmalchian had expressed his disappointment in not being called back without any ill-will.

While it is hoped that some of the Avengers might have a cameo in the upcoming movie, with many of them having lost their lives during Endgame, it’s unlikely that we will see too many of the beloved classic characters reprising their roles.

What group would you like to see Ant-Man being a part of in Ant-Man and the Wasp: Quantumania?