In summary: Annie was terrific.

Set in the 1930s, Annie is about a young, orphan girl who lives under the terrifying rule of Miss Hannigan. Just before Christmas, she is lucky enough to be invited over to the home of billionaire Oliver Warbucks, to spend Christmas in his mansion.

The performance filled me with nostalgia. I recalled sitting far too close to the television watching the Annie movie over and over and laughing at how much attitude this little girl had.

Following the original movie closely, the show was just as wonderful, I already knew the ending, but because of the fantastic acting, a part of me was still worried about Annie.

Emma-Rose Blacher, Lilla Fleischmann and Caitlin Dicker are the three talented girls who played Annie. With a clear, endearing voice echoing through the Artscape, it convinces you that the singing is from the heart. The other children, who played smaller roles stole the show in every scene they had, never missing a beat.

If I had to list all the fantastic performers, I would have to list them all. A special mention can be made for the brother and sister pair, Rooster and Miss Hannigan, played by Stephen Jubber and Charon Williams-Ros, who were as slimy as they needed to be, I cringed with every word they said and enjoyed their humour thoroughly.

The props, costume and even the lighting were well thought out, and perfectly executed.

I laughed, I sang and I blinked back tears multiple times. A perfect show for the entire family as the combination of child and adult actors pleased everyone. It was obvious that most of the audience were holding back the urge to shout along to “It’s a Hard Knock Life”, “Tomorrow” and all the other classic songs that we know and love.

Book your tickets at Computicket, the show will be running until the 08 January 2017 and prices range from R150 to R500.

Before I forget… Sandy the dog is the cherry on top of what was already an amazing show. 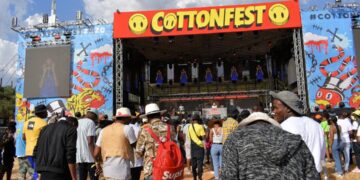 We Attended Cotton Fest 2020 – A Look Back In Images

A Quick Look Back at rAge 2019 in Photos and Video

Fortress Of Solitude Popped In At The Vodacom World rAge Tournaments

Multichoice Group Media Showcase – A Look Ahead To 2019 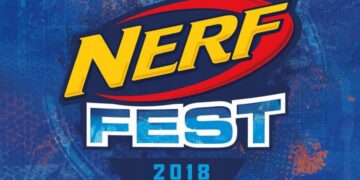