Animated TV Shows That Should Be Revived Or Rebooted

Before there were shows like Teletubbies and Doc McStuffins, we had cartoons that would keep us entertained for hours on Saturday and Sunday mornings. Thinking back at the 80s and 90s animated TV shows we loved, we count down classic cartoons we would love to see revived or rebooted for television.

Bravestarr was a space western cartoon that aired in the late 1980’s featuring Marshall Bravestarr (a Native American) and his trusty talking techno horse, Thirty Thirty. Bravestarr had the ability to call upon different spirit animals at any given point to aid him in his task of bringing order to the planet – Ears of the Wolf, Eyes of the Hawk, Speed of the Puma and Strength of the Bear. Not only was this a great show, but it also dealt with hard issues like the dangers of drug abuse and racism. Bravestarr is a show that deserves to be retold. I can’t believe that Hollywood hasn’t tried to make a live-action version of this yet.

Pinky And The Brain

“The one is a genius, the other’s insane.” The Steven Spielberg-produced show, Pinky and the Brain, first appeared in 1993 as a recurring segment on Animaniacs. It was later picked up as a series due to its popularity, with 65 episodes produced. Aimed at adult audiences, Pinky and the Brain was hilarious (slapstick comedy with brilliant one-liners) and developed a special place in pop culture.

The Animaniacs had a large cast of characters – with each set of characters acting in their own plot. The Warners, Yakko, Wakko, and Dot, were three cartoon stars from the 1930s that were locked away in the Warner Bros. water tower until the 90s when they escaped. Slappy Squirrel was an aged cartoon star that would easily outwit antagonists and educate her nephew, Skippy Squirrel, about cartoon techniques. Other characters included Chicken Boo, Katie Ka-Boom, Rita and Runt, Buttons and Mindy, Flavio and Marita, a trio of pigeons known as The Goodfeathers, and Minerva Mink. While I’m not sure that the Animaniacs’ wit and slapstick would translate well with today’s audience, it would be interesting to see if they’re able to adapt the characters. 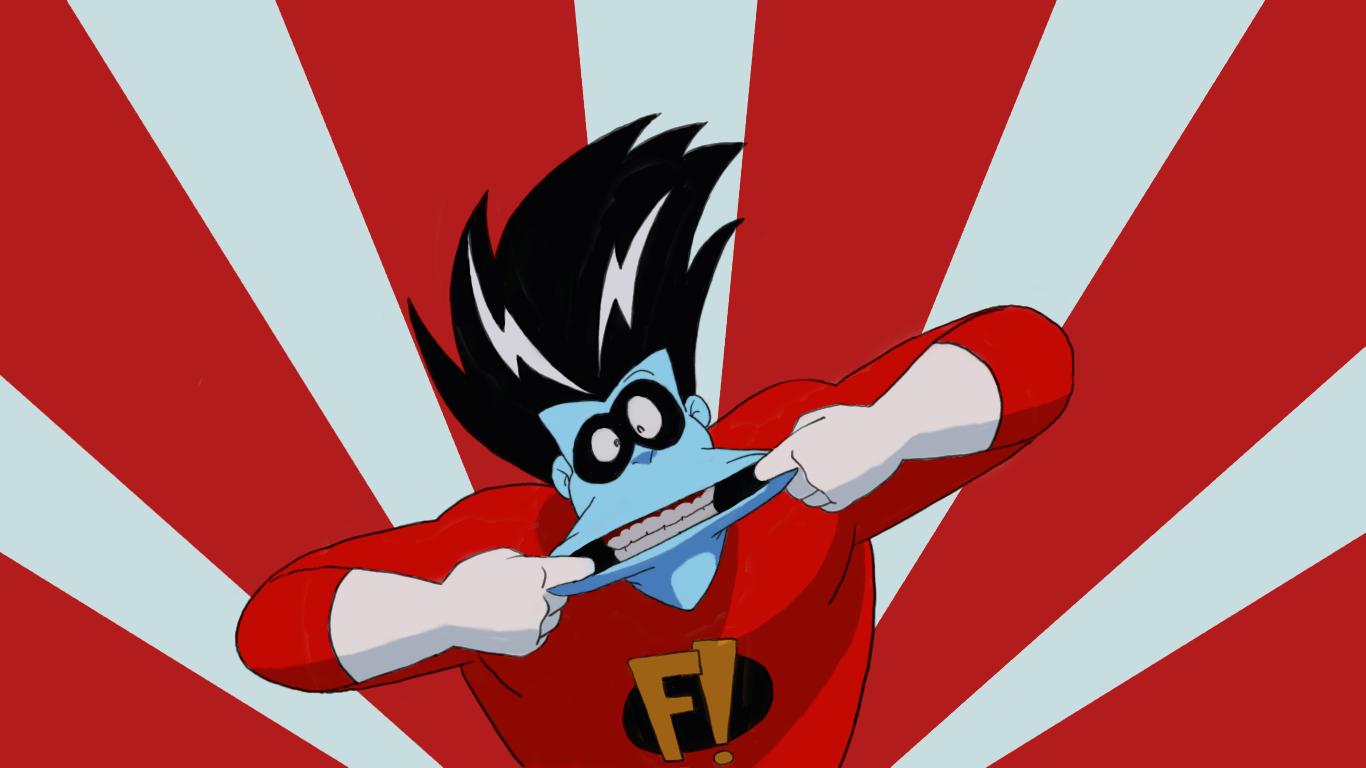 The series chronicles the adventures of Freakazoid, an insane superhero. Freakazoid is the superhero alter ego of Dexter Douglass who attends Harry Connick High School. Gaining his abilities from a computer bug, Freakazoid has enhanced strength, speed and agility. Marvel has proven that the comedy superhero genre is really in demand. Freakazoid offers just that.

Gargoyles featured a species of nocturnal creatures known as gargoyles that turn to stone during the day. After spending a thousand years, the creatures are reawakened in modern-day New York City and protect it by night. Gargoyles would make a great live-action film. But if that isn’t possible, we’d be happy to settle for another animated TV show. IGN ranked Gargoyles 45th place on their 2009 list of top 100 animated series of all time. It’s that good. 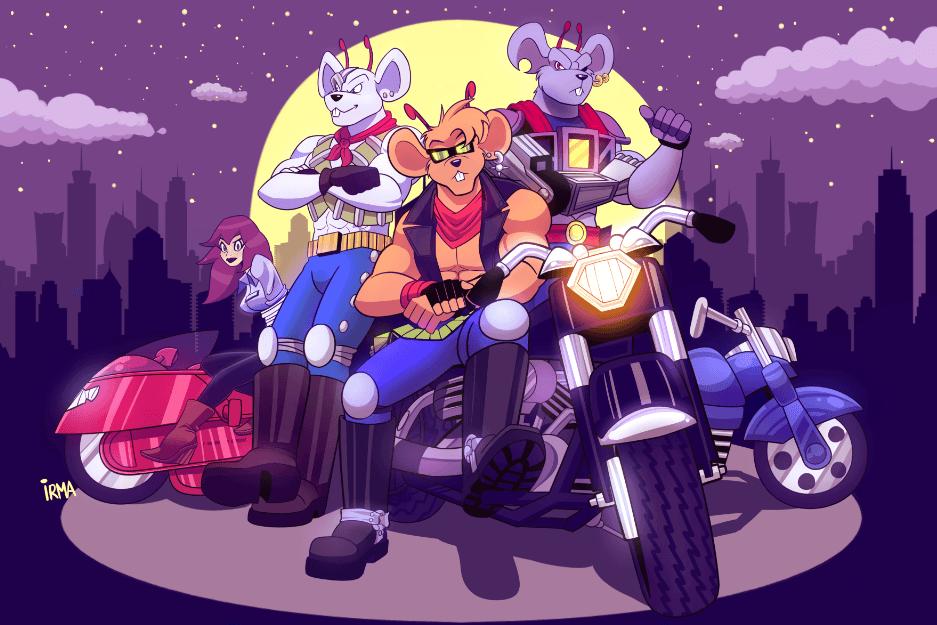 Biker Mice from Mars probably needs no introduction. Most kids from the 90s should remember this Teenage Mutant Ninja Turtles knock-off that follows three anthropomorphic mice motorcyclists named Throttle, Modo, and Vinnie who escape a war on Mars before arriving on Earth. In 2015, a Biker Mice from Mars video game was released for Apple iPhone, iPad and Android devices. Why not create another animated TV show too?

“Let’s get dangerous.” In 2016 several websites were bamboozled when an April Fools joke circulated around the net promising a new Darkwing Duck series. That was not funny at all. A spin-off of DuckTales, which was recently rebooted, Darkwing Duck tells the adventures of a superhero (with the secret identity of Drake Mallard) who fights crime and is aided by his sidekick Launchpad McQuack. Basically, he was Batman in duck form. 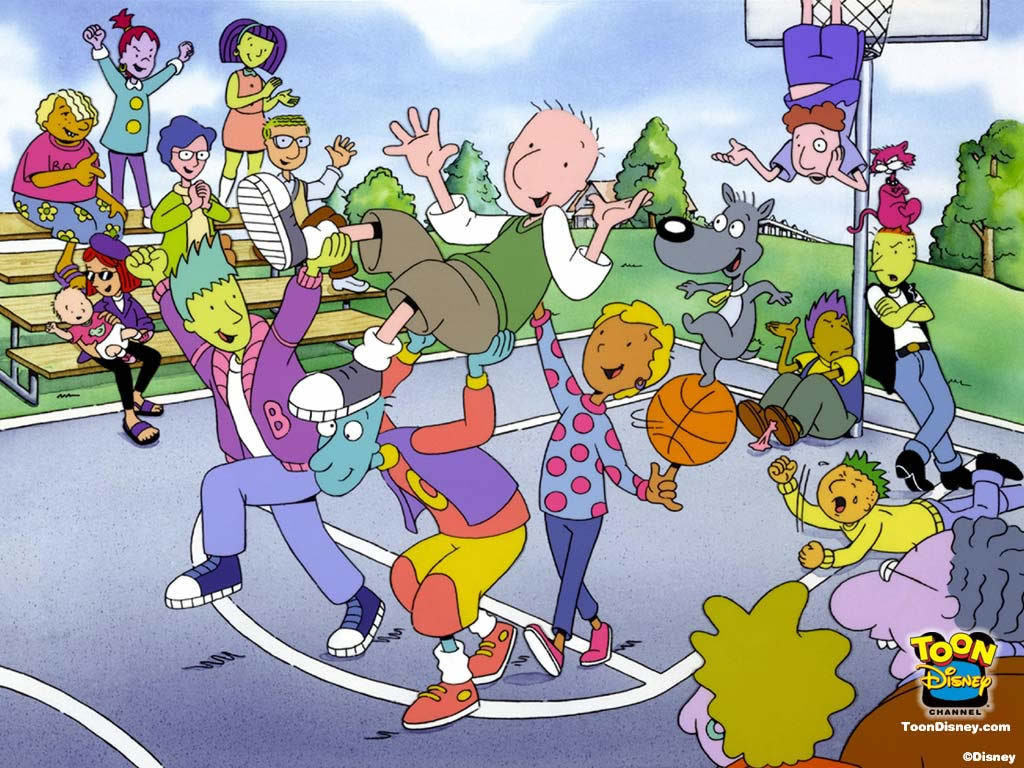 This animated TV show focused on the early adolescent life of Douglas “Doug” Funnie. He narrates each story in his journal and addresses numerous topics, including peer pressure, relationships, bullying, and other teenage stuff. Many episodes focused on Doug’s attempts to impress his crush, Patti Mayonnaise. Arguably one of the best cartoons of the ‘90s!

The Best Crime Series of 2020 You Missed