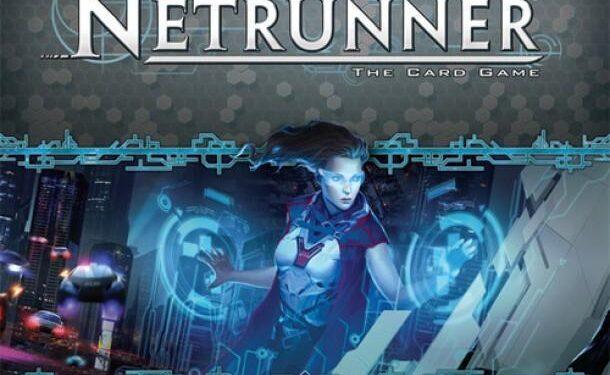 The USA launch of Android: Netrunner went well… If you consider a board game selling out in under 9 minutes “going well”.

I never played the original Netrunner, mostly because I was 7 when it was released. But over the years I heard rumours among the Magic: The Gathering players of a mythical game designed by Richard Garfield (of Magic: The Gathering fame) where you played a hacker. Little did I know that Fantasy Flight would pick up the license and reproduce it, in their cyber-punk universe of Android. 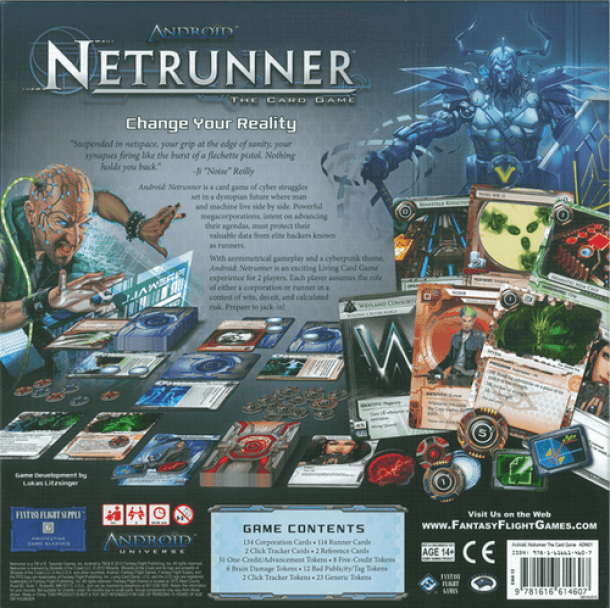 Android: Netrunner is an asymmetrical card game. It’s a two player game but the two players don’t play the same game. Player 1 is the evil Corporation, setting up servers and defences (called Ice). They earn victory points by completing objectives (called agendas) on specific cards. Player 2 plays a Hacker, or Runner. They earn victory points by hacking the Corps’ servers and stealing the objective cards before they can be completed.

Describing the board game in this manner is putting it very simply. Players can choose different Corporations and different Runner, each with their strengths and weaknesses. Once the expansions start rolling out you’ll be able to plan specific tactics within each Corporation and Runner as well.

Each player has 4 actions on their turn (except that the Corp’s first action must be to draw a card). The Corp can install new servers and deploy defences. These are not paid for at the time. The Runner can install software or “rig components” to help with the hacking, or “Make a Run”.

This is the meat of Android: Netrunner. The Runner declares their target server. Each defence is triggered one at a time and the Corp can decide whether they now want to pay the cost to activate (Rez) it. The Runner must then use their software and rig components to circumvent the defences described on the card. If they fail, the run is over. If they succeed the game moves to the next defence. When the Runner accesses the card on the server they can choose to keep it (if it’s victory points), trash it (pay a cost to have that card removed from the game) or ignore it (card goes back and nothing happens).

Play in Android: Netrunner continues until a player has 7 victory points.

Android: Netrunner is a typical Richard Garfield game. Simple mechanics, but completely changes depending on the cards in play at any given time. Unlike Magic: The Gathering this is not a collectible game, so before every game the players have the chance to try a new strategy instead of investing their own money to “build a deck”. This definitely counts in the game’s favour.

Components: 3/5. The artwork of Android: Netrunner is very well done and fits the Android theme well, but the cards are flimsy and need card sleeves if played often.
Gameplay: 4/5. After the first play-through, once an understanding of the game is achieved, it plays very smoothly and offers many twists and turns.
Complexity vs Depth: 3/5. There’s quite a steep learning curve that may put players off. This is not a simple game, this is a reading and planning game. It offers depth that allows for elaborate tactics but requires an understanding of the cards you’re playing.
Theme: 5/5. The Android theme suits this style of play very well. I commend Fantasy Flight on their decision.
Overall: 4/5. Android: Netrunner is a very strong and deep game with many nuances that only become apparent after several plays, but difficult for new gamers or casual gamers to get into; Something to replay with the same players and keep a track record of wins and losses, like I used to play Chess with my dad when I was young.

Available at Fanaticus Hobbies and Games