Yesterday a few of our Cape Town and Johannesburg readers were treated to an early screening of Denis Villeneuve’s Dune, the epic sci-fi film based on Frank Herbert’s 1965 novel of the same name. Thanks to Empire Entertainment, we hosted an early screening of the film at Cape Gate and Mall of Africa Ster-Kinekor IMAX.

“Does Dune live up to the hype? Is it fun? And is it worth the price of a ticket?” These are a few of the questions answered by our film critics – the CT and JHB readers.

The film was immersive and visually stunning. The story was captivating! So awesome! – Tahlita Nelson

It was a very exciting movie. Very excited for part 2. – Bernice Harman

Truly epic in scope! Respectful handling of the book material that was fantastic on so many levels: top-notch acting, fantastic cinematography, and well-rounded characters! Can’t wait for Part Two! – Ronnie Davis

A cinematic masterpiece. The cinematography and the performances are outstanding. 10 out of 10. – Redashni Moodley

It was a really good movie and I thoroughly enjoyed it. The IMAX effect made it really worth watching. Looking forward to the sequel. – Andrea Aroomoogam-Naidoo

A captivating visual masterpiece that will have you glued to the screen and at the edge of your seat. – Jasmine

Well scripted, incredible range of acting, and I am definitely looking forward to the next instalment. – Dean Bruiners

I thought the film was great, well-paced and well-acted too. – V Master

“As someone who watched the original in the cinema, this reboot is finally doing the books justice. If they stick to this direction, the entire series (I’m guessing it will be a series?) will be what Disney’s awful star wars sequels were supposed to be.” – Leon Liebenberg

Loved the film! Was honestly the best film I’ve seen in years. It was a cinematic work of art. – Brett Paikin

I really enjoyed the movie. It’s definitely a must-see for fans of the book. – Mandi

As a fan of Dennis Villeneuve’s work, the film was nothing short of epic. From the stunning cast to the beautiful cinematography. Experiencing this in IMAX was amazing. – Kyal Johannisen

Awesome epic with a great storyline. Not burdened by too many special effects. Can’t wait for the next instalment! – Lewis Chiripanyanga

The film was absolutely jaw-droppingly gorgeous. The cinematography and visual effects were a feast for the eyes and brilliantly realised. So too the set, costume and vehicle designs. The audio was on-point (shoutout to the phenomenal soundtrack) and the acting was superb. – André Ackermann

It’s was an amazing movie that does the books justice. It has the potential to be the next Lord of the Rings. – Keegan Tommy

The cinematography was an excellent visual representation of the book that the series is based on. – Cindy Patience

The cast was great and I felt like I was transported into the desert setting. This was a good movie to get back into an actual cinema after 2 years. – Gillian Moodley

Was such an amazing movie, with beautiful graphics and a very interesting storyline. – Jessica Lin

From the first opening scene, this visual masterpiece had me captivated. Amazing sound (my man Hans Zimmer once again delivers) and steller acting by a star-studded cast really cemented this film for me alongside all-time greats like the Lord of the Rings trilogy. – Etienne Le Roux

I loved it and cannot wait for the next part! – Cindy

As a creative/filmmaker myself the art direction, set design, treatment, script, wardrobe, technology and the list goes on… was out of this world, literally. It had me engaged from the beginning to the end. – Nic Manshon

I loved Dune! Visually, it was one of – if not the most beautifully shot movie I’ve ever seen. Definitely a must-watch on IMAX! – Nadia Fullex

I’m a ‘Dune’ superfan and watching Denis Villeneuve’s new film gave me chills all the way through. – Jolene Lazarus

Dune was brilliant. I loved the darkness of the story and the sci-fi visuals portrayed it perfectly. – Pieter de Weerdt

For me personally, it’s one of the highlights this year and can’t wait to see what comes next. – Wayne Warren

I loved how the film took the time to establish its world in great detail, which made it a joy to “live” in this world. It also looked spectacular on IMAX. – Franco Havenga

It was epic. – Allister

The pacing was extremely well done and not overshadowed by the intense action sequences as so often happens with this kind of film. – Andz

The cinematography, lighting and score was spectacular. – Martin Bacchus

Great performances from all the actors. Can’t wait for the next instalment. – Rukaiya Mowzer

The movie was everything I had hoped it would be. – Gerard

Undeniably one of the greatest films of the year. – Zimangazenkosi Mthimkhulu

Movie was awesome, like I expected. Would watch it again. – Janine

It was a captivating story with awesome effects! Can’t wait for part 2 already. – Saajidha Naidoo

I’m a huge fan of Denis Villenueve and of course the book by Frank Herbert and honestly, it was the best film I’ve ever seen in my life. Grand, epic, beautiful. – Travis

Dune was a visual masterpiece with good characterization and narrative. – Deen Auld

Movie was insanely awesome and captivating from start to end. – Mo

An immersive blockbuster which held my attention and took me to another universe. – Thomas

It felt like 2 movies in 1. My favourite aspect was the music/ audio – Hans Zimmer at his best. Stellar cast too. – Mallory Perrett

The 3D was amazing, the cast is epic and I absolutely loved the little dragonfly airships! Would highly recommend it. – Fern Quantrill

Timothée Chalamet, Zendaya, Oscar Isaac, Jason Momoa, Stellan Skarsgård, Josh Brolin, Javier Bardem, Dave Bautista, David Dastmalchian and Rebecca Ferguson. These are just a few of the many great actors who show up in “the best sci-fi film of the year”. 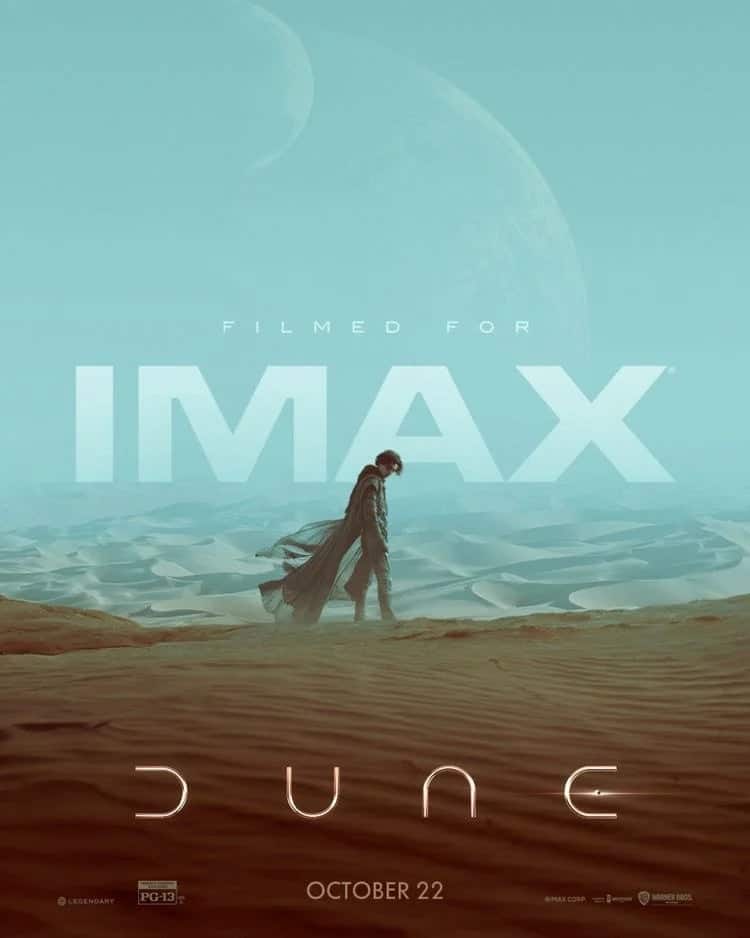 Paul Atreides, a brilliant and gifted young man born into a great destiny beyond his understanding, must travel to the most dangerous planet in the universe to ensure the future of his family and his people. As malevolent forces explode into conflict over the planet’s exclusive supply of the most precious resource in existence, only those who can conquer their own fear will survive. 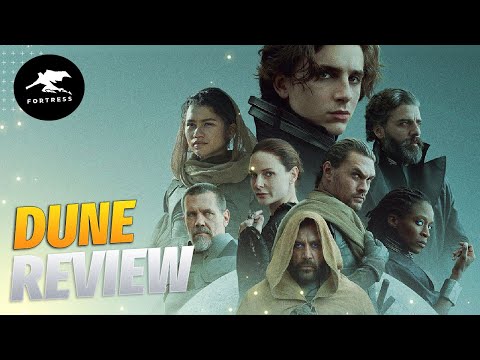