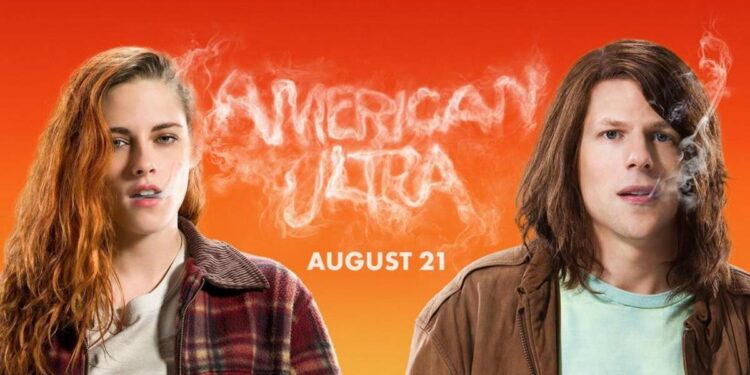 Let me be honest – I quite liked American Ultra, despite being fully aware that on a technical level it’s probably not a very good movie. I just happen to have a soft-spot for these kinds of mad-cap antics in an action film. A frenetic energy and fun concept carry it some of the way, but ultimately, it just can’t seem to bring all the pieces together in a way that makes it a cult classic for the ages.

Mike Howell (Eisenberg) is a slacker-stoner archetype who can’t seem to pull his life together. The major bright spot he has is his long suffering but extremely patient girlfriend, Phoebe (Stewart). After a strange woman whispers a short phrase into his ear one day, he soon finds himself able to effortlessly dispatch two hired assassins, before getting caught up in a series of massive action spectaculars.

Turns out Howell is a sleeper agent, who was programmed to have amnesia and then be reactivated by a code phrase. However, his incessant drug use has rendered him only half conscious of that fact: able to easily slay hordes of bad guys, but hardly able to understand why. It’s Jason Bourne meets Pineapple Express, and for the first little while, it definitely works. However, after this initial concept, it seems like the film just doesn’t have enough ideas to carry it through to the end. A few good action sequences and the fantastic chemistry between the two lead actors are what gives this movie the few moments it has, but it ultimately isn’t enough.

This is a good movie to watch once with similarly minded friends, and then to forget about. It might play better with the 16 year old audience, but there’s enough stoner charm and genuine spirit put into its creation that I still have some fondness for American Ultra. 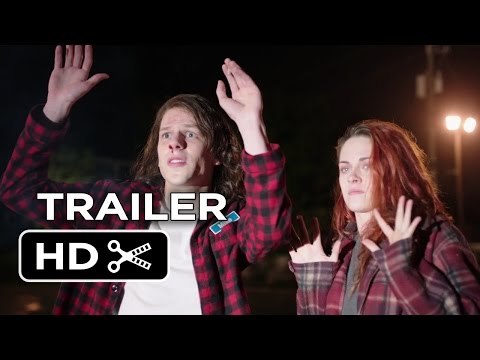