American Assassin Review – Do We Have Room For Another Spy Franchise? I find myself very critical of movies of late. It takes good entertainment or storyline to pull me out from my pertinacious view of a film, which was not the case here. American Assassin had the potential to deliver an intriguing spy film with an expected amount of twists and reveals, as has been the norm for such films in recent years. However, it’s hard to see it live long in the memory of viewers beyond the initial post-movie discussion, and I write this review while it’s still painfully fresh in my mind, hoping to it wouldn’t fade from memory before the end.

Director Michael Cuesta hopes to get viewers invested by means of a “heart-warming” marriage proposal at the beach by Mitch Rapp (Dylan O’Brien) to his girlfriend, Katrina (Charlotte Vega). Things quickly take a turn for the worse when a group of terrorists storm the resort and start killing everyone in sight. At the time, I accepted the incident on the basis that the cause or motivation would be explained sometime during the rest of the film, which it ultimately does not. Instead, Rapp seeks revenge after having survived being shot himself.

The terrorists, for the sake of American Assassin‘s plot, simply ignore him while he is clearly still squirming around in the sand. Fast forward 18 months and we now have the desired motivation for this revenge plot, as Rapp infiltrates the group behind the killings and agrees to join their ranks, based in Libya, with the sole purpose of destroying the cell from the inside. All the while, the CIA has been watching his every move, and at the last minute, right before Rapp is about to start what would be his revenge story, they step in and ‘save the day’. Interestingly, such crazy antics are exactly what American Assassin‘s CIA is looking for in their next recruit. From what we could see from his training regime, his lack of calm makes him a very loose cannon, with fights breaking out at the MMA dojo and even at the gun range. Step up Irene Kennedy (Sanaa Lathan), Deputy Director of the CIA, who makes it her mission to get Rapp on her team. She seeks the help of Stan Hurley (Michael Keaton), whose job it is to train special field ops when the situation arises. As luck would have it, the situation arises fairly quickly, and within a few short days, Rapp arises through the ranks (to at least second on the list) to be chosen for a mission, which has a nuclear weapon in play. Interestingly, right before they’re due to embark on said mission, Hurley strategically shows Rapp footage he himself took of his engagement at the beach, and additional footage showing in full view the death of his girlfriend, which sets him off. This is used to show Rapp’s unreadiness for this mission, but with a simple message that he should never make it personal is said in his ear, and now we’re all set to fly to Istanbul to execute the mission.

Everything from then on becomes completely predictable and completely fortuitous. What had great potential turned out to be a dud. I didn’t enjoy American Assassin one bit. With no plot twists to speak of and very little depth to the story, it falls flat on all accounts.

There’s Light at the End of the Tunnel

The film isn’t all bad, however. There are really good and interesting fight scenes. The tension that’s built up just before some action sequences is also worth noting. While the character relationships and dialogue left a lot to be desired, I feel the subject matter is still worth pursuing if the director is to make a success of the franchise he seeks. 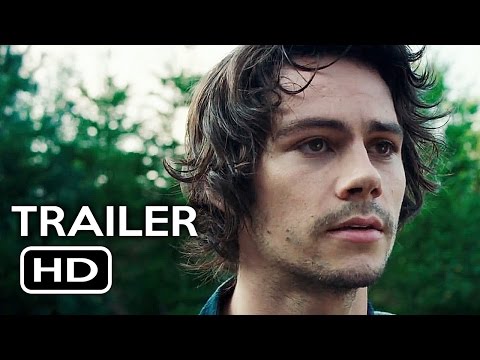