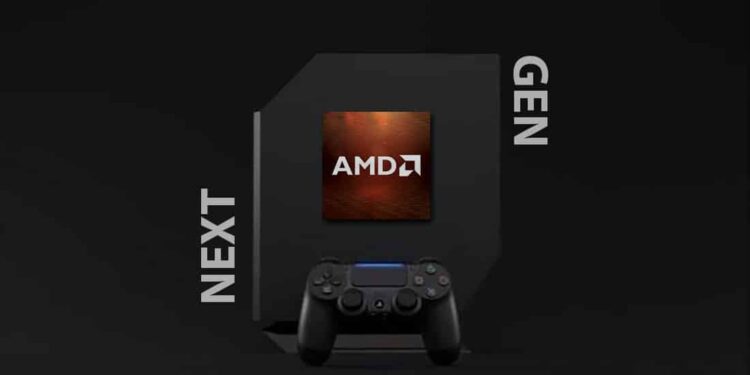 Following on from news last month about the upcoming PS5 console, as well as last week’s footage of the PS5’s extremely quick load times, AMD provided a little more detail on what will be powering the next-generation console. With the PS4 range already incorporating AMD processor and GPU, the latest reveal is an extension of their partnership with Sony for the upcoming console.

To date, there has been very little known about the PS5. What we do know is that the next-gen console will allow gamers to run 8K games, sporting super-fast SSDs, as well as the unit being backwards compatible with the PS4 from launch. Also announced before the reveal of its fast loading times was that Sony was partnering with AMD to spec their GPU requirements to pair with the 8-Core CPU. At their Computex 2019 keynote address, AMD finally lifted the lid on their Navi 7nm GPU chipset.

The Navi will form the base of the AMD Radeon RX 5700 series graphics cards, which are set to be available in July. AMD has confirmed that it would make an official announcement at an event on 10 June 2019, showcasing all there is about the new graphics card range. There may be little to go on at this stage, but there are some points to note from the keynote address:

Techies and gamers will be eagerly awaiting the announcement on 10 June 2019, so stay tuned as we’ll bring you more detail in the next two weeks.