The eight-episode Prime Original Series, The Boys is being created and written by showrunner Eric Kripke (Supernatural), and directed by Evan Goldberg and Seth Rogen (Preacher). The upcoming superhero show, which is based on the controversial comic book characters by Garth Ennis, will focus on The Seven, a superpowered team of CIA agents who have come together to keep The Boys, a ruthless gang of corrupt and brutal superheroes, in line. A new trailer has just released and it promises lots of violent superhero fun!

The Boys Is the Perfect Response to the Superhero Fatigue Question

The Boys initially received a six-issue run with Wildstorm, one of DC Comics’ imprints. However, DC cancelled the series and Ennis took it to Dynamite Entertainment instead. Getting The Boys to the screen has been equally difficult. The rights have been purchased by a number of studios over the years, with movies and series planned. Thankfully, now that Amazon has the rights, it looks like we’ll finally get to see the characters in live-action.

Seth Rogen seems particularly excited to have worked on the project and, after his success with Preacher, he seems like the perfect fit for the controversial series.

Based on one of my favorite comics of all time, I’m proud to have helped bring #TheBoys to life. Here’s a taste of our new show, coming to Amazon this year: pic.twitter.com/oACd1KL2pu

In a world where superheroes embrace the darker side of their massive celebrity and fame, The Boys centres on a group of vigilantes known informally as “the boys,” who set out to take down corrupt superheroes with no more than blue-collar grit and a willingness to fight dirty.

Anno 1800 Preview - Building Up The Temple

When It Rains, It Pours In The New Trailer For Netflix's The Umbrella Academy

The Boys Is the Perfect Response to the Superhero Fatigue Question 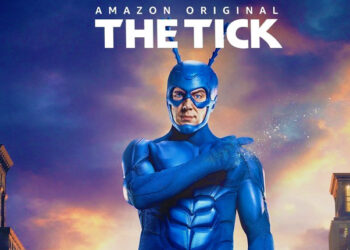