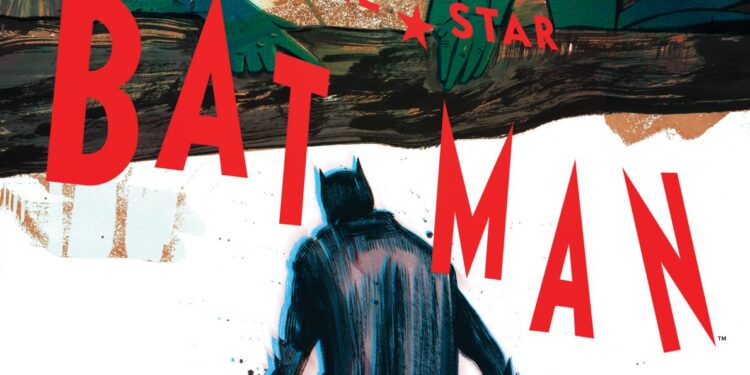 If I could have one comic book-related wish, I wouldn’t wish for an endless supply of free comic books. No, I’d wish for Scott Snyder to write Batman for as long as I’m alive. While his New 52 Batman run with Greg Capullo was incredible, All-Star Batman is quickly becoming even better. In the latest issue, All-Star Batman #7, he tackles the botanical Batman foe, Poison Ivy. After the terrific experimental issue featuring Mr. Freeze, Batman seeks out Ivy in Death Valley, Nevada, to help him find a cure for a virus that’s spreading. Initially, he appeals to her heart and tells her it’s for a child named Lilly. However, she quickly deduces he’s lying and that the child has already died. So, does she help him, or will she reject the chance to do good? Well, I’m not about to spoil that for you, because this issue takes various twists and turns, including a bit of history about Bruce Wayne and Pamela Isley. All that I will say is, this is the best Ivy story since “Pretty Poison”, her first appearance on Batman: The Animated Series. It’s deep, personal tale that shows there’s more to people than what meets the eye.

Perhaps even better than Snyder’s story is Tula Lotay’s gobsmacking artwork. More akin to something you’d expect to see in Snyder and Jeff Lemire’s A.D.: After Death than Batman, the art is a kaleidoscope of colours and vivid imagery. The title of the book might say Batman, but this is all about Ivy. Lotay encapsulates every facet and quirk of Ivy’s personality in her illustrations, and uses the colour palette to showcase the dynamics of the character. Hands down, this is the best illustrated All-Star Batman yet. In addition, there’s part 6 of “The Cursed Wheel”, which follows Duke Thomas. Seeing Duke in the main All-Star Batman story has been interesting, but I’m not feeling his coming-of-age arc. That said, I do sense that Snyder will somehow tie all of this into the main story eventually, and Duke will have a pivotal part to play.

Overall, All-Star Batman #7 is another resounding success. If this series has proved one thing, it’s that Snyder is the quintessential Batman writer. No one captures the Caped Crusader and his world quite like he does.