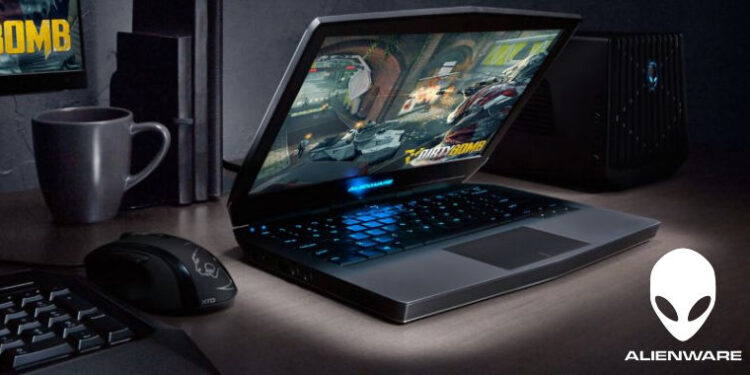 There are a few brands that with the mere mention of its name excites the sensors. And in the gaming industry, that name is Alienware. Even before getting to know the product, you’d be forgiven for having high expectations of it. I had to dispel such notions in order to give an unbiased account of my time with the Alienware 13. The Alienware brand was highly thought of, well before Dell acquired the company, now more than a decade ago. While many other manufacturers who make such acquisitions, Dell has not allowed the brand to die out and fade into obscurity. Instead, the brand continues to grow, and with the backing of Dell’s R&D and budget behind it, there no doubting why.

Interestingly, the Alienware 13 was released in late 2015, with a few mixed reviews. Fast forward a few months, and the company has revamped the unit into something a lot more appealing. This is clear evidence that Dell continues to build a high-end product, something that consumers would love. The Alienware 13 claims the title as the company’s smallest laptop, but don’t let the size fool you. We put the Alienware 13 through our conventional testing process. The Alienware 13 is unassuming due to its diminutive size. Be that as it may, the build quality doesn’t take a backseat, and is just as solid as you’ll find with the Alienware 15 and 17. The laptop is made from mixture of plastic and carbon fibre, providing both a durable and lightweight product. The lid and trimmings “Epic Silver” in colour, with matte black on the inside. The lid also has Alienware’s well-known LED lighting, with two strips of blue lights running diagonally. The top of the lid has the iconic alien symbol, also in the same blue LED lighting. Upon opening the lid, you’ll notice the same blue highlights, from another alien (doubling as the power button), to the backlit keyboard. Users are able to control the lighting via Alienware’s Command Center Software.

The material used to build the Alienware 13 form an interesting combination of sturdiness and comfort. The smooth finish also makes for ease of use while typing. The keyboard is made up of soft keys, with Alienware’s TACTX keyboard technology. Typing is done with ease and comfort and an almost rubbery feel with each keystroke. It just feels ultra comfortable and just as easy to use, even speeding up my typing as a result. Although it isn’t a full-sized keyboard with a numeric keypad, the keys are very nicely spaced, even more surprising given the 13″ screen size. The touchpad is also really well built, with sufficient real estate for usage, measuring 110x70mm. The gesture support is also pretty spot on, which includes the two-finger scroll, swipe left and right, and pinch to zoom.

The unit has a number of different interfaces, which includes x2 USB3.0 ports (one on either side), one USB 3.1 (Type C), Gigabit Ethernet, both of which are on the right side, with x2 3.5mm audio jack (output and mic), Kensington lock and power input all on the left. Unlike many of the other gaming laptops I’ve reviewed, Dell has fitted a few additional ports on the rear, which include the HDMI, miniDP, and Alienware’s priopriety port for the Graphics Amp [http://www.dell.com/content/products/productdetails.aspx/alienware-graphics-amplifier?c=us&l=en&s=dhs&cs=19]. The unit weighs in at a fraction over 2KG, which isn’t bad for a gaming laptop, although the smaller screen size does make it a lot less bulky. The Alienware 13 is, indeed, a “fun-sized” gaming laptop. As the name suggests, the Alienware 13 has a 13″, IPS panel screen, with a 1080p HD resolution. Or 13.3″ to be exact. 1920x1080px is the perfect resolution for a 13″ screen, as any increase in the resolution may cause a few unwanted visibility issues. Windows does offer a way better take on increased resolutions since Windows 8, so a higher resolution doesn’t necessarily mean a smaller viewing area on the desktop. While the resolution may not be of much concern, users still have to decide if a 13″ screen is something they’re able to live with for gaming, especially given how different games display content on the smaller screen. During my testing, I connected the Alienware 13 to my 24″ HD monitor for a better experience, but the 13″ was sufficient most of the time, especially when aiming to be a lot more portable.

The overall picture quality is very natural, and tones down on the vibrant colours a tad, as a result. This isn’t to say that you’re not able to tinker with the settings for your preferred setup, but I found the default settings quite appealing. The colours are crisp, and viewing angles are great, but there are some lowlights in the form of the blend of grays and a slightly washed out red. The matte surface of the panel also makes outdoor viewing possible, while the contrast ratio also provides a good distinction between lights and darks. One of the more surprising features of the Alienware 13 is its great sound. Even more surprising coming from a 13″ laptop no less. Alienware has fitted a pair of Klipsch speaker into the unit, which is powered by Creative’s Sound Blaster X-Fi MB3 software. The end result is a crisp and loud sound capability that makes gaming quite enjoyable using the default setup. And that’s saying a lot. The speakers are positioned to direct sound to either side of the laptop, and are able to fill a reasonably sized room with respectable finesse. Listening to music from the Alienware 13 is impressive, no matter what the genre.

The side-firing speakers also make for an interesting experience when it comes to gaming, and while not true surround sound, doesn’t do a bad job of mimicking it. I could easily pick up the distinct sounds within games; from footsteps, to leaves blowing in the wind. Alienware has fitted Intel’s Skylake Core i7-6500U CPU to the unit; a marked improvement over the Core i7-5500U Broadwell CPU. The updated CPU is said to have provided better speeds with better efficiency, and is able to be overclocked from 2.5GHz to 3.1GHz for a single active core, or 3.0GHz for two cores. Performance, then, was never in any doubt here, and the Alienware 13 delivered impressive results, even without the use of an SSD, common in most gaming laptops. The unit does, however, boast 8GB RAM with a 1TB HDD. Options for the Alienware 13 include increased RAM, as well as an SSD for improved performance. The version we received wasn’t an all-out beast, but a happy medium.

The GeForce GTX 960M, with 2GB GDDR5, is common amongst mid-level gaming laptops, and, by far, the most common among gaming laptops in South Africa. While the native resolution is 1080p, the GPU supports resolutions of 2048×1536px for VGA, and 3840×2160px for DisplayPort and HDMI. For most games, you’ll be able to run games at maximum graphics levels on 1080p resolution, achieving 30+ fps. There are a few AAA titles, however, that wouldn’t take off at all on max settings, with the likes of GTA V, Middle-Earth: Shadow of Mordor, F1 2015, and ProjectCARS not able to reach the 30fps benchmark. The most part, you’d be lucky to achieve 5fps for GTA V on max settings here. The end result is decent, but won’t really interest heavy gamers, but neither would the 13″ screen for that matter. The general performance of the Alienware 13 is very good, able to handle itself well under pressure. While the temperatures may appear reasonable on the statistical software, it does make for a rather uncomfortable experience when running these benchmarks tests on your lap, as you’ll no doubt succumb to the fan bellowing out the hot air directly onto your legs. While I may have been in some discomfort using the device on my lap, the tests still ran adequately, with good results on the battery life as well. Alienware has fitted a 62Wh battery to the unit, which has a battery life of over 8 hours for normal usage (browsing and editing), with video playback in the region of over 6 hours (or 3 average length movies), and roughly 2 and a half hours for gaming. These results are impressive, but gamers will no doubt have to be plugged in for any extended sessions. The Alienware 13 provides a good balance between portability for business, and decent for gamers away from a power source. It’s hard to draw a solid conclusion on the Alienware 13, not due to lack of performance it should be added. Just the mere sight of the Alienware badge and you’ll be forgiven for thinking this should be a gaming powerhouse, but that isn’t the case here. The Alienware 13 is mid-range gaming laptop, although it does come at a premium, setting you back some R29,999. Yes, it’s an extremely well-built unit, almost flawless in that respect, with the combo of audio and viewing pleasure you don’t often find in the laptop world. At that price, the minimum should have been an SSD and GTX 980M, which would have been a lot more convincing, even for the 13.3″ screen.

Portable gaming has picked up decent pace in South Africa, and as the market continues to grow, we only hope that the OEMs continue to provide the best, and most affordable packages for the masses. The Alienware 13 has some really good aspects for gamers to love, but without the sheer performance to make it an out and out beast, it’s hard to justify the price to most consumers, especially considering the tightly contested market in that range.