Alien: Covenant Review – The Third Best Film In The Franchise Fans of the Alien franchise will experience a huge sense of relief as a chestburster explodes from a human torso in Ridley Scott’s highly-anticipated Alien: Covenant, a sequel to the 2012 film Prometheus, the second instalment in the prequel series and the sixth instalment overall in the Alien franchise. Truth be told, the third instalment directed by Scott, a dazzling film that questions creation and destruction, is a welcomed return to its horror roots. The intriguing next chapter in the sci-fi franchise, which plays out a little like a greatest-hits package, is genuinely haunting. 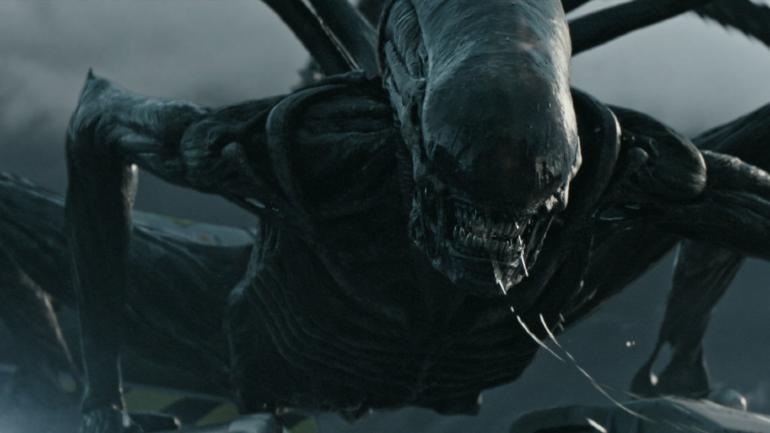 Alien: Covenant sets out to carve its own place in the canon by combining ideas introduced in the 1979 classic with the themes of spirituality and creation found in the first prequel. It’s a film that attempts to bridge the gap between the flagship originals and the prequel by offering more frantic horror and gore at the hands of the xenomorphs. However, it doesn’t do away with the deeper thought-provoking philosophical ideas that brought gravity to Prometheus.

With each passing Alien film, we are introduced to a new group of people who come into contact with the xenomorphs. In Alien we had miners, in Aliens we had the military, in Alien Ressurection we had smugglers, in Prometheus we had scientists and in Alien: Covenant we have colonists. In 2104, after a distress call, the Covenant crew detour from their mission to build a civilisation in a far away solar system to search for life on an abandoned and unidentified planet, which they hope could be better suited for their objective. Naturally, things go horribly wrong and they find themselves caught in a nightmare. Their stupid decisions are ultimately punished with gruesome deaths.

While the plot does seem remarkably familiar, the writers throw in a number of surprises that help the film feel fresh. Covenant wastes very little time and sets up the premise quickly. Disaster strikes from the very first opening scene of the film and all of it leads from one horrible moment to the next. 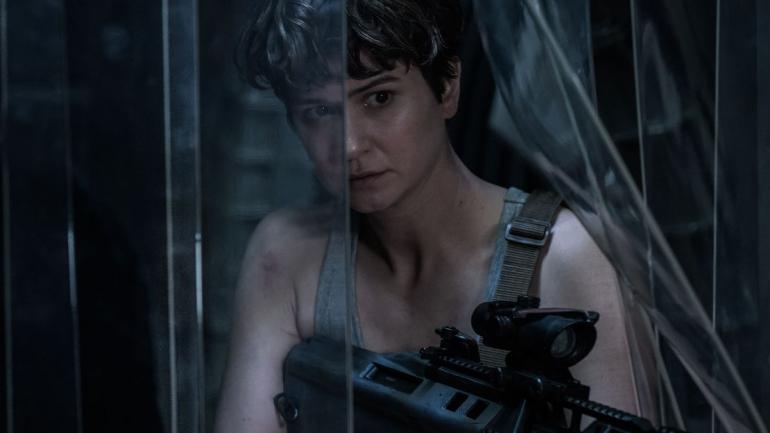 Of course, an Alien film would not be complete without an android and a tough heroine, which come in the form of Fassbender’s Walter and Katherine Waterston’s Daniels. While Fassbender remains the best thing to happen to the series and steals the show with every frame that he is on screen, Katherine Waterston feels more like a second-rate Sigourney Weaver. Although she is given most of the screentime, she is far less interesting than most of the other characters on board. Danny McBride, who most people expected to play the film’s comic relief, offers up some of the film’s most emotional moments and proves that he’s capable of playing more refined characters.

Although this is the first Alien film to be released after the death of H R Giger, his haunting and beautiful designs are still present in the archaeology of the spaceships and the designs of the fast-spawning extraterrestrial creatures. Everything looks visually stunning, with Scott recreating some of the best visuals from previous films.

Alien: Covenant offers bursts of revelation about the franchise moving forward – there is a huge reveal here that shakes the very pillars of what we know about the mythology. There’s still a lot of unanswered questions that remain, but there is enough here to intrigue you to come back for more. It manages to break new ground while paying tribute to the classic films.

7 Reasons Why ‘Alien: Covenant’ Is A Must-See Film

After originally distancing Prometheus from Alien, the latest instalment of Ridley Scott’s space-horror franchise, Alien: Covenant, connects the dots between the two and continues to expand the universe. Covenant is the second chapter in his prequel trilogy that attempts to establish the world of aliens, humans, androids and monsters. Although we’ve given you enough reasons to see the film in our review, we’ve compiled 7 distinct reasons why Alien: Covenant is a must-see on the big screen.

1. It’s a sequel to Prometheus and a prequel to Alien

The first Alien film, also helmed by Ridley Scott, is widely considered as one of the greatest sci-fiction horror films of all time. Nearly 40 years later, Scott returned to the franchise with Prometheus in hopes of branching out and exploring undeveloped parts of the story. While Alien is set in 2122, Prometheus was set in 2103 and Alien: Covenant, ten years later, in 2113. While Covenant offers many revelations about the world of Alien, it embraces a lot of the mystery created in Prometheus and omits parts of the story to keep viewers in suspense (Ridley Scott cut approximately 20 minutes of footage). The biggest difference between the two prequels has to be the return of the razor-toothed Xenomorphs and the return to gore. Unlike Prometheus, it’s a film that offers a lot of horror-movie splatter. Read more about Prometheus’ secrets here.

2. Michael Fassbender as Walter and David

Michael Fassbender remains the best thing about the prequel series and the actor returns as both Walter and Prometheus’ David, two synthetics with very different objectives, in Covenant. Fassbender plays both roles perfectly and, although they look exactly the same, it is easy to differentiate the two different synthetics. While one baffles about evolution and perfection, the other projects loyalty and honesty. There are a number of great scenes where the two interact with one another (Michael Fassbender talking and explaining to Michael Fassbender).

3. The art of Alien: Covenant

Regardless of your thoughts on the movie itself, it’s hard to deny that Alien: Covenant isn’t one of the most beautiful movies you’ll see this year. Here is a small selection of artwork/concept designs created by Wayne Haag, Valentin Petrov, Gabriel Beauvais, Steve Burg, Emmanuel Shiu, and EV Shipard for the film:

While many people expected Danny McBride to be nothing more than the comic relief in Alien: Covenant, he surprised many by delivering a solid performance of straight-faced macho pilot, Tennessee. In a room full of decent actors, McBride manages to make his presence felt and you can’t help but root for him.

Unlike the more recent Alien films, this one is actually scary. There are some truly haunting moments, with creepy architecture, Xenomorphs, chestbusters, facehuggers and the works. It’s a good blend of science fiction, horror and action. Expect a few frights.

6. It’s not a perfect film, but it really isn’t as bad as some say

Alien: Covenant currently holds a 71% score on Rotten Tomatoes, a 6.8 on IMDB and 65% on Metacritic. That’s a relatively okay score for a film that seems to be getting a lot of heat for being “too predictable” and “full of tropes”. Covenant is a genre film created by the director who helped pioneer and create the tropes used in the film. When Prometheus was released, a lot of fans were upset and asking for it to be more like Alien. Now, with Alien: Covenant those same fans are crying that it isn’t as good as Prometheus.

7. It has one of the biggest reveals of the franchise

While I can’t give it away without spoiling the film, there is a big reveal in the film that changes everything we know about the franchise. It’s a shocker and will inspire you to rewatch all the movies again.

Alien: Covenant is currently screening at Ster-Kinekor cinemas throughout South Africa. It’s the type of film that deserves to be enjoyed on the biggest screen possible.