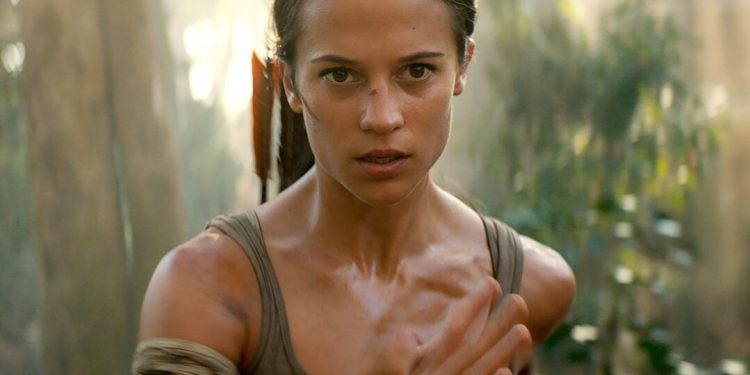 To maintain the rights, MGM Studios needed to greenlight the sequel to Alicia Vikander’s Tomb Raider movie before May. That never happened. As a result, the sequel has been scrapped and the rights have reverted to the game company (which has also been passed through many hands).

News has reached unhappy fans that the Tomb Raider 2 movie starring Alicia Vikander as Lara Croft will no longer be happening. Because of all the issues involved in their takeover, the film rights for the Tomb Raider franchise are now available for sale in what has been described as a bidding war among studios.

Although her 2018 movie saw quite a bit of success, making US$275 million with a US$100 million budget, Alicia Vikander’s Tomb Raider doesn’t seem possible anymore.

The sequel was meant to be directed by Misha Green, who is currently said to be writing the Birds of Prey Black Canary spin-off for HBO Max, but with the rights being up in the air currently, it is unlikely that she will still direct, or that the Seventh Son actress will reprise her role if there is a sequel ever made.

It’s more likely that the film franchise will start fresh and recast the role.

In a bit of a weird coincidence, Angelina Jolie’s 2001 rendition of Tomb Raider also made US$275 million, also on a US$100 million budget. Fascinating as it is, it cannot be denied that Tomb Raider has always been a hit with fans and a successful franchise. Their games debuted in 1996 and have brought in billions of dollars, having sold over 81 million copies.

The Future of Tomb Raider

Not much is known regarding the current future of the franchise, however, it was announced in January that Netflix has an anime series in development on the topic of Tomb Raider. Unlike Alicia Vikander’s Tomb Raider, however, it appears that their progress has not been impacted by the movie rights situation, most likely because it is an animated series.

The Netflix animated series will reportedly be picking up after the events of the highly successful Tomb Raider video-game reboot trilogy, Rise of the Tomb Raider, published by Square Enix. The anime will see Netflix teaming up with Crystal Dynamics, Legendary Television and even the game company Square Enix, for continuing the story where the games left off. It will “chart the globetrotting heroine’s latest and greatest adventure”.

Some characters are made and become immortal. With Lara Croft still going strong 25 years after her creation, there’s no doubt this franchise will stay alive for much longer than we are expecting.

Who do you think will win the bidding war for the movie rights and produce the next Tomb Raider movie?