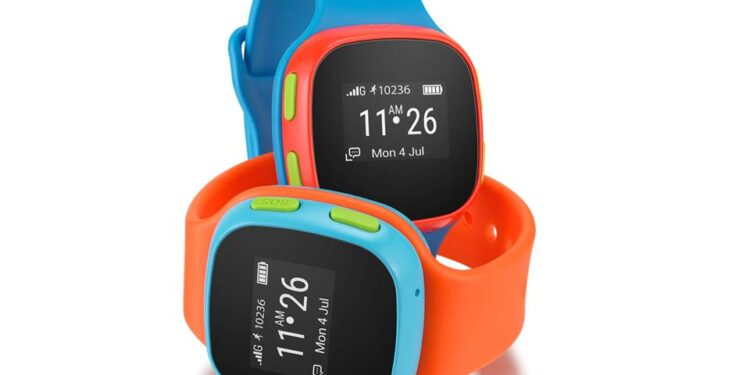 The Alcatel Movetime Track & Talk offers kid’s the privilege of owning a smartwatch while benefitting parents’ pockets and providing a number of location features. The watch provides an adequate alternative for the parent who isn’t always able to keep tabs on their kid’s whereabouts.

Wearables have been a buzzword in the field of tech of some time now, and with advances in fitness trackers, smartwatches, and everything in between, there’s been quite a lot of growth in the industry. Sales continue to climb and show no real sign of abating. However, up until now, there haven’t been many wearables geared towards children. Alcatel’s take on a kid’s watch isn’t unique, but it’s able to stand out from the crowd and offer a service many parents would be interested in. These watches were clearly designed for kids and take a page straight from the Fisher-Price handbook with its bright colours and plastic and rubber abundance. The unit is available in four variants; the main two being a luminescent orange body and baby blue straps, or baby blue body and orange straps, both with lime buttons. Other colours include green and pink, and blue and red. Along with the black face on the screen, there are as many as four different colours observed at any time. If you weren’t able to track your kid via the built-in locations services, you may just be able to spot them in a crowd thanks to the luminescent colours.

The unit is made from the same rubber you’d find on most fitness trackers these days, so you can rest assured that the unit is rugged and kid-proof. The watch has an IP-65 rating, which allows kids to splash around on occasion, without having to worry that the watch may be damaged. There are two buttons on either side of the body, the right-hand side for an SOS signal and a power button. It is worth mentioning though that it’s fairly easy to trigger an incorrect SOS by choosing the wrong button, which may end up annoying the parent over time.

The Movetime has a 0.95″ screen with a 96x64px resolution display. The display is also monochrome OLED, so there isn’t much expected in the way of beautiful imagery. The unit weighs just 40g, so it’s extremely lightweight for your kid’s wrist. I do not recall the appearance of my first watch, but I can imagine it may have looked similar. Where the Alcatel Movetime Track & Talk really shines is its tracking capabilities. The unit supports both SIM-based locations services and GPS tracking. The nanoSIM in use offers only very limited functionality, offering only 2G calls. This means that the watch is able to make and receive SMSes and voice calls. The watch is controlled via an app installed on the parent’s smartphone, allowing only specific numbers to be able to reach and be called from the watch. This list, however, is limited to 10 numbers only, although it’s safe to say your kid won’t be needed more than this.

The device is also able to send out SOS signals to parents, who will be sent a message before calling the watch for verification. More often than not, parents will track their child’s location via the app, but there’s an automated approach as well, which pings the parents when reaching a specific destination, like arriving home after school. Parents may also monitor the complete history of the kid’s movements via the app.

Battery life for the Movetime is indicated as four days, which isn’t great. Worst still is that IRL performances are approximately three days. Most smartwatches are able to last between 7 and 10 days, and given the lack of screen colours and much overall functionality, it is quite down on charge time. Although, I imagine most of that is consumed by means of the GPS tracking. The Alcatel Movetime Track & Talk Kid’s Watch is an interesting take on tracking your kid’s whereabouts throughout the day, although I’m not sure what policy schools have in place regarding smartwatches like these. If you’re a constantly worried parent, however, I’m sure you may have grounds to overturn any such issues when requested. There isn’t much other functionality from the watch other than telling time, a few calls, and tracking, so there’s very little room for cheating during exams and such.

If you’re in the market for a wearable for your kid, this R899 device may be worth researching, especially if you prefer the more hands-on approach in monitoring your kid’s daily movements.