Is a mask just a mask? We take a look at the AirPop Light SE and AirPop Active face masks.

South Africa passed the one-year anniversary since its first hard lockdown came into effect on 27 March 2020. A lot has changed since then. If there is one certainty among all this, it’s that face masks save lives.

Over this year, we’ve seen various types of coverings, many of which don’t really qualify as masks, simply to pass the minimum requirement to meet government-mandated mask requirements. The level of protection, as a result, also varies.

AirPop recently released its range of masks to the South African market, not simply aiming for a slice of the action, but aiming to resolve some key disadvantages to mask-wearing.

Having received two variants from its range, the AirPop Light SE and AirPop Active face masks, I was highly curious as to its capabilities.

While I had no doubt that the protection would be ideal, it was the added benefits and features that intrigued me the most. 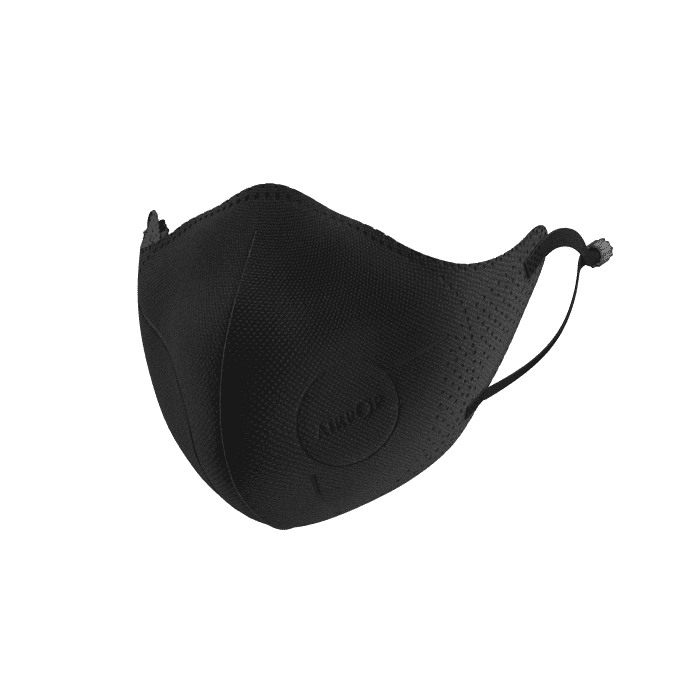 The first point to note about the AirPop Light SE is that it has a high percentage when it comes to effective filtration. It measures at 99.3% in bacterial filtration, with the addition of fluid resistance. This is thanks to its filter layers, of which there are four.

What makes the masks ideal for more wearers is that it has an increased surface area, up to 1.5x that of the standard blue medical masks we see most frequently. Unlike conventional masks, the shape around the nose is more structured, given wearers more room to breathe and making it more comfortable to wear as a result. If you look at any of the images – or in the mirror as you put one on – you’ll notice that rounded front of the mask.

This construction provides stability when wearing and you don’t often have to readjust once you’ve positioned it.

One of the first notable aspects of the AirPop Light SE mask is its seal around the nose. Even more impressive is wearing it for the first time and noticing that it doesn’t fog up my glasses. Fitted to the AirPop Light SE, as well as other masks in the range, is its cushioned Ergo-Flex Seal.

I was sceptical at first about whether it would work as stated, but was impressed even from the first usage. I did notice that with some heavy focused breathing, some hot air will escape on the sides and fog up the glasses on the edges, but once you’ve readjusted the seal it should get rid of most of this. Be that as it may, it never fully obscures your view as a result of fogging, which is great for any persons wearing glasses, or any other eye coverings.

What’s also cool about the seal is that you can adjust it slightly with two options. The first is the default which provides a more comfortable fit. The second of these is a tighter approach whereby users will fold open the seal and the position on your face. The overall results don’t change much, apart from it sitting tighter to the face.

Another of the great aspects of the AirPop range of masks is that they’re reusable and machine washable. With an estimated four to five washes allotted, the mask’s use can be extended to a few weeks. For me personally, working from home, I don’t leave home for more than a couple of hours at a time. This means that the seal’s usage will last more than just a week, while still operating at above 98% effectiveness, and 10 washes at over 70% effectiveness. There are plenty of masks on the market that claims to offer high levels of breathability during exercising, sports, running and the likes. Most of these, however, have quite a few caveats, with plenty not offering great support for high-intensity training.

There are two major differences on the Active. The first of these being a much broader construction, with the second being the additional inner seal.

The outer portion of the AirPop Active is similar to that of the AirPop Light SE, as mentioned above. It has a four-layer filtration system with 99.3% effectiveness. Because it’s meant for active use, the design is much broader on the front, allowing for easier breathing when performing an activity. The second reason for the additional protrusion is to make room for the stated inner seal.

It is worth noting at this point that the larger construction does have the appearance of a bird’s beak. That said, it gets the job done, so how it looks doesn’t really matter all that much.

As mentioned, there’s an inner seal on the AirPop Active. It has a patented 3D-shaped “Air-Dome” with a 360° seal. The EVA seal is created with a medical-grade double membrane. With its adjustable earloops, it creates the perfect fit for your face. The seal is ideal for users who hit the gym or work out indoors with other participants. The seal maximises the protection, while also making it less likely to move around during any activity.

In the contents of the AirPop Active box, you’ll find four of these seals. Each of these is also washable, which extends its usage beyond the one-time use. With an accumulated 40-hour projected lifespan, the Active could easily last more than a month for each filter, depending on your exercise routines.

In the real world, the results of the AirPop Active are great. It allowed me to breathe with ease even though I had pushed beyond my regular breathing patterns. This worked well for use at the gym where I’d do some cardio and the likes. Where I had a bit of a challenge was during my distance running.

Here, I often expend quite a lot more effort, with my heart rate average above 160bpm and, naturally, much heavier breathing. At the start of my run, there weren’t any issues, but just beyond the halfway mark, I had removed my mask to ease my breathing a tad. For the slower runs, I had no such problems, however.

With the tighter protective seal, I noticed that there were lines across my face after a few hours of usage. It’s odd because you don’t feel the effects of a tighter fit, but does indicate that the seal has been achieved. For shorter uses, this wouldn’t be the case, as there were no signs I had worn a mask at all.

While there is still much debate among people at large to mask-wearing, there’s no such debate among the scientific community – or pretty much anyone with some level of sense – that masks save lives, or at the very least, reduce the spread of COVID-19.

The AirPop range offers great value, not simply because it protects you from breathing in potential contaminants (99.3% bacterial filtration), but also its range of features. From its washable fabric to its inner adaptive seal and anti-fogging construction, it is the ideal face mask. Beyond the COVID-19 pandemic, the masks also provide a barrier against pollen and

Its reusable and washable construction is much safer on the environment on the whole, as you’re not going to be throwing them in the bin every other day. Mask disposal has become a huge talking point over the past year, and AirPop has provided an alternative option to single-use masks, while also being a lot friendlier on the environment once thrown away.

The AirPop Light SE carries a retail price of R179, with the AirPOP Active face masks at R1,499.

The AirPop masks are available on Takealot, as well as the iStore and other retailers across the country.

For day-to-day usage, the Light SE is a great fit, while the Active provides assistance to those doing sports or exercises without compromising their breathing too much. The range of AirPop face masks is the answer to whether a mask is just a mask. It isn’t.

The AirPOP Light SE and AirPOP Active are both great face masks. With one being great for everyday use and the other for hitting the gym, they both have great benefits to offer.