AGM A8 Review – Wet, Wild and Rugged On A Budget 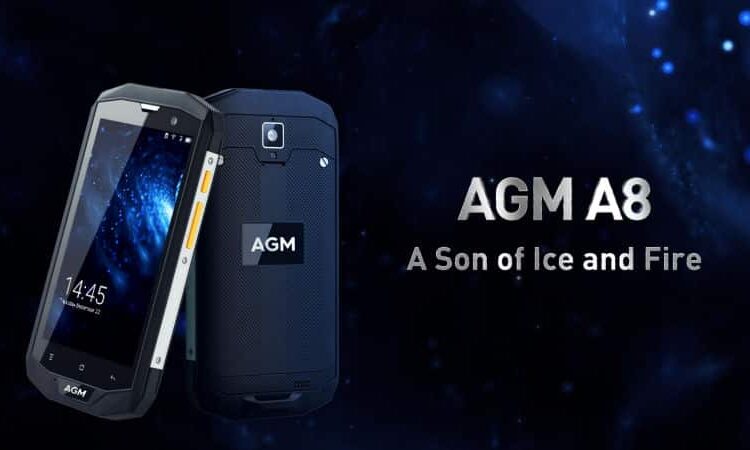 A few days ago, we featured the top of the range rugged AGM smartphone, the X2. As with the mainstream smartphone market, there are entry-level and mid-range devices in the rugged market, too. AGM has a range of devices expanding across the various pricing points, and I received one of their latest mid-range devices to arrive in South Africa, the AGM A8. As with the X2, the A8 features quite a number of rugged features, an IP68 dust and waterproof rating, and rubber – a lot of rubber. With all that protection, the unit is easily capable of withstanding falls at 1m from the ground, and perhaps even more than that. Unlike the X2, however, the device isn’t built with the same level of premium materials; instead, switching out some of the metallic and rubber for plastic finishes. The buttons are finished in yellow plastic with some rather strange positioning. The power button is situated on top of the volume rocker, which makes it a bit tricky to operate in one hand. Thankfully, it’s not all plastic, with some metal trimmings on the sides, which also feature a number of ports closed in rubber covers. These covers are quite tight, though, and actually difficult to open at times. The auxiliary port was always the toughest to open, which made me thankful I was using a Bluetooth headset.

The rear is also rubberised, and has a removable cover, with a removable and replaceable battery underneath. To open the rear door, AGM has included a small tool to unscrew. The problem I have with it is that it’s quite tiny, and very tricky to use, unlike a regular-sized screwdriver. Beneath the cover there’s a dual-SIM slot, as well as a microSD slot for good measure. There’s an additional bulk to the device, as is to be expected, weighing in at 248g and measuring an impressive 159x83x16mm. And just as with the X2, it’s quite tricky to fit snugly in your pocket. Thankfully, it does include a slot to add a carabiner to latch onto your belt-loop. The A8 features a 5” IPS panel, protected by Gorilla Glass 3. In terms of the display, there’s a 1280x720px resolution, with a 294ppi pixel density. The resolution and pixel count is about the standard for mid-range unit, just about. There are units with higher resolutions but don’t come with the additional feature sets. The device’s glossy screen is good, providing good colour reproduction. In terms of brightness, the unit emits 330 nits, which isn’t all that great, but not completely bad either. Clarity, however, doesn’t match the bright colours, as smaller texts tend to be on the blurry side. There are also a few occasions where pixelation is noticeable, but that’s to be expected from a mid-range smartphone. When it comes to the overall performance capabilities of the A8, there isn’t much to write home about. In terms of specifications, the unit sports a Qualcomm Snapdragon 410 MSM8916 chipset with a Quad Core CPU at 1.2GHz. This is paired with an Adreno 306 GPU, 3GB RAM and 32GB internal storage, which can be boosted to 64GB with the addition of a maximum 32GB microSD card. It may appear a pretty standard setup for a mid-range smartphone, but if you consider that the Snapdragon 410 was first released in 2013, you start to understand the main reason behind its sluggishness. Imagine having bought a mid-range device in 2013 or 2014, and still using it as your daily driver. With software and app updates of four to five years, there’s very little chance the device will be functioning at optimum efficiency. If you need a moment to relax and unwind by starting some of your favourite gaming apps, you may also be in for some disappointment, as there are often glitches, lags and jitters, and not always a smooth and fun experience.

Even with the 4050mAh battery bolted on, the standard benchmark testing equated to a relatively poor showing from the A8, averaging between 10 and 11 hours. Under normal daily usage, however, users can expect roughly 14 to 16 hours of battery life, which is enough to make it through the work day, but does mean you’re left charging your phone in the mornings and again just after you’ve come back from work. When completely drained, the battery takes another two hours to fully charge with the provided charger, another small drawback of the A8. With no fast-charging capailities, it’s quite a lengthy and linear process.

The unit has a 13MP rear-facing camera with auto focus and an LED flash. There’s no image stabilisation or many other features available for the camera, which makes taking the perfect shot quite a tricky prospect. As is the norm with mid-range cameras, the best results are during bright sunlight, while holding the device quite steady. Any changes to the light makes for a more grainy and dark image. The front-facing camera has a 2MP lens, which is even less attractive. It is worth mentioning that the camera functionality isn’t the A8’s biggest trump card. The A8 is preinstalled with Android 7.0 Nougat, which has a vanilla Google build. This, at least, aids the performance a little, as a heavier UI experience may have crippled its performances. There are some useful app additions for the rugged user, which includes an Engineering and Contruction tool. This tool includes functions such as a level, protractor, ruler, magnifier, and other tricks that may come in handy on a construction site, which is where the A8 is most in its element.

Using Google’s vanilla OS also makes the use of the second SIM a much easier process, as you can simple toggle the second SIM on or off, and then selecting it from the dialler whenever you need ot make calls. The AGM A8 isn’t all about the glitz and glam and all things shiny. Instead, it’s an outdoor device meant for the construction yard to get the job done. And it does just that. Such users aren’t out to play games during quiet time, or take selfies for their Instagram pages. If they do, however, it may not be the best experience. What you’re left with is a very raw experience, and something we cannot fault too much. Yes, I would’ve liked a little more spark under the bonnet, but at a cost of R4,599, which includes all the ruggedness, this is about as good as you can get.

You can purchase your AGM A8 smartphone from Rugged SA.