Agents of SHIELD season 2 finale: The best double episode ever?! 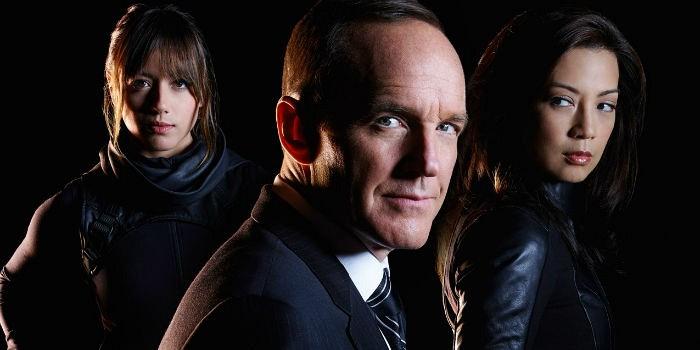 Season one of Agents of SHIELD was, at times, a bit on the dull side. This cost them some viewers, but since nobody knew quite what to expect from the show at all it struggled to find its feet anyway. For those expecting a superhero show, they were disappointed. For those expecting to see a James Bond show on a weekly basis, they weren’t satisfied either. There were some references to the bigger Marvel Universe out there, the big Winter Soldier/Hydra reveal, and a so-so crossover with Lady Sif, but…

They promised that season two would be more like the classic James Bond films. It wasn’t. That isn’t to say that the storylines haven’t been a solid and steady build-up though. They’ve been pretty good, actually. With SHIELD on the run, the race for the Terrigen crystals, Skye’s dad showing up, the battle against what remains of Hydra and the reveal of the Inhumans, it’s been improving every week.

Oh, and there was another episode with Lady Sif. No offence to her, and I know that budgets are tight, but seeing an Avenger or even the Warriors Three might be a little more entertaining. Still…

Going in to the two-part season finale there were already some cliffhangers, with the Inhumans ready to wage war on SHIELD and Bobbi Morse (can’t we just call her Mockingbird ?) being taken prisoner by Grant Ward and Agent 33. And if you haven’t been watching it up to now then none of that means anything.

And that’s a shame, because after a solid season the climax was quite possibly the best 84 minutes the fans could have asked for. To be honest it’s hard to know where to begin, because every scene had so much happening in it. From massive action sequences to tense stand-offs, romantic and touching moments to huge storyline payoffs, there was always something happening. The fight scenes have been stunning to watch lately, and if you think the one-take fight when Skye invaded the Hydra base was impressive then you’ve seen nothing yet.

If you’re a spoiler fan then you may already have read up on these things:

Mockingbird got tortured, Gordon met his fate at the hands of Fitz, Cal hulked out and became a full-on Mister Hyde, Raina met her end, Skye let rip and Coulson didn’t exactly make it out in one piece. And for classic car fans, even Lola returned!

And if you think those are spoilers, yes they are… but those are nothing in comparison to some of the truly huge moments! If you didn’t watch this, haven’t watched it and were thinking of skipping it, or even gave up on the show at some point, then my advice to you is this: Not only that but there are some massive plot points here that could have huge ramifications for the Marvel cinematic universe. The idea of many super-powered characters appearing in Civil War was looking questionable before this episode. Now it not only looks possible, but a near certainty that there are going to be lots and lots of metahumans out there in the near-future. The Kree may be making a big appearance soon too, based on this.

What? You’re hoping for the New Warriors to show up in Civil War? It’s perfectly possible given this finale. They may even have just cleared a path for Namor to appear as well! Runaways? It could happen now! Forget about Captain America and Tony Stark’s hissy-fits in Age Of Ultron, this finale may just have laid the entire background for the whole of Civil War all by itself!

In short, this was must-see TV for Marvel fans!