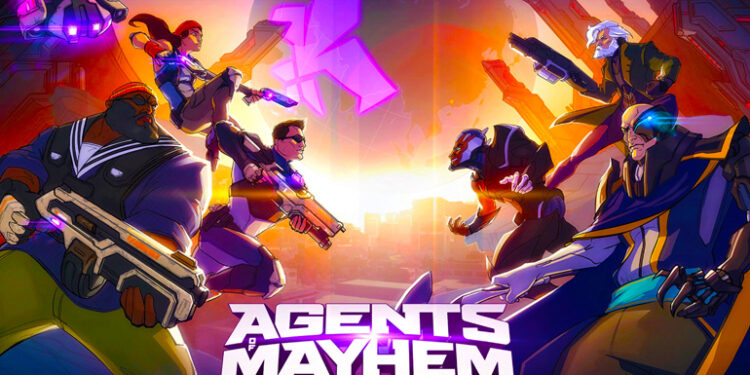 In the 80s, Saturday mornings were a wonderful time where cartoon heroes had bulging muscles, villains were truly evil, and good always triumphed over evil. With so many having fond memories of those days gone by, Volition set out to tap into that nostalgia with their latest not-Saints Row game, Agents of Mayhem. In Agents Of Mayhem, it does take some time for the story to kick into high gear. Once it does, however, its over the top action and interesting collection of characters will keep you playing through the game’s repetitive missions. Even though the game does take place on a map filled with side objectives and main missions to complete, most of these tend to revolve around shooting waves of enemies, blowing things up (which isn’t always a bad thing), racing, or capturing enemy outposts. While this does fit in perfectly with the game’s cartoon-inspired theme, it does get old quite quickly. Having said this, it doesn’t mean that the game isn’t fun. In short bursts, it actually becomes quite addictive and, dare I say it, cathartic. There are also character specific missions which make for some of the games’ most interesting narrative driven moments as these missions give you more insight into the game’s unique heroes. While a fair share of these heroes love blowing things up, it’s refreshing to see that most of them are driven to do what they do for other more intriguing personal reasons. Adding to the already over the top 80s inspired theme is the addition of some really well (and suitably extreme) animated cut-scenes interspersed with those classic “the more you know” moments. The main draw of Agents of Mayhem, however, is the ability to swap between three previously selected heroes on the fly. While I was initially a bit skeptic about how this mechanic would impact gameplay, I was pleasantly surprised with how well this worked. Before each mission players are able to setup a squad consisting of three heroes. Each hero has their own unique set of abilities that tend to come in handy during various situations. It didn’t take long to figure out which heroes complimented my playstyle, which typically consisted of blowing things up. And while I did tend to stick with my go to squad during most of my playthrough, each of the available heroes is different enough that I wanted to experiment with each of them. Although each hero does have their fair share of interesting abilities, it’s the showy and over the top Mayhem special abilities that will leave most of your foes lying face down on the tarmac. These abilities cause loads of damage. For example, Mayhem grants Hollywood the ability to turn the battlefield into a Michael Bay-gasm as explosions rain down on his enemies and thumping music fills the air. While on the subject of blowing things up, completing main and side missions not only nets players XP points, with which to upgrade their heroes’ various abilities, but also nets them various crafting materials and, of course, cash. Crafting materials can be used at the ARK (the main hub area) to craft new weapons and upgrades.

Traversing the city of Seoul is mostly done using either your Agency vehicle (which features its own Kitt-like A.I.) or just “borrowing” one from a helpless passerby. For those that would like to forego driving and rather explore on foot, they’ll be happy to know that the heroes’ do have the ability to triple jump (because a double jump is for wussies). This makes crossing gaps between the various building just so much easier.

One thing that kept bugging me though is how much I would have liked the game more if I could take on LEGION with a buddy. And while Volition did say that they wanted the game to stay single player focused, all the elements in the game appear like they were created for a co-op game. It basically feels like a missed opportunity, one I hope gets rectified in a sequel. Being developed by the team behind the crazy Saints Row series, one would expect Agents of Mayhem to be littered with humorous moments. Strangely, this is not the case. There are moments where I did find myself laughing out loud but some of the humour can feel a bit forced and flat at times. Some of the more entertaining moments are found in the conversations between the heroes while they travel between mission points.

In terms of presentation, Agents of Mayhem nails the 80s cartoon vibe. From the colourful hero characters to the over the top villains, the game is a fitting homage to the cartoons of the era. While the visuals are fittingly alive and vibrant, the same can unfortunately not be said for the city of Seoul which, while beautifully designed, does feel mostly empty. Sadly, I also experienced some performance issues while playing the game. These mainly consisted of drops in frame rate or getting stuck on the environments.

In the end, Agents of Mayhem is a game that is far from perfect but really shows great potential. 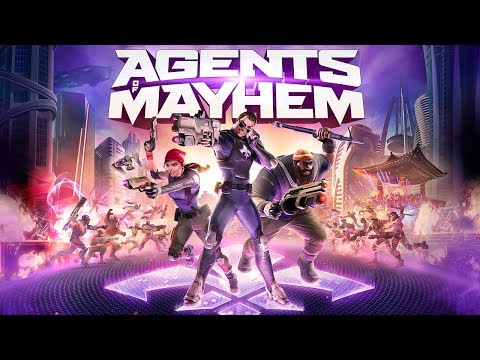