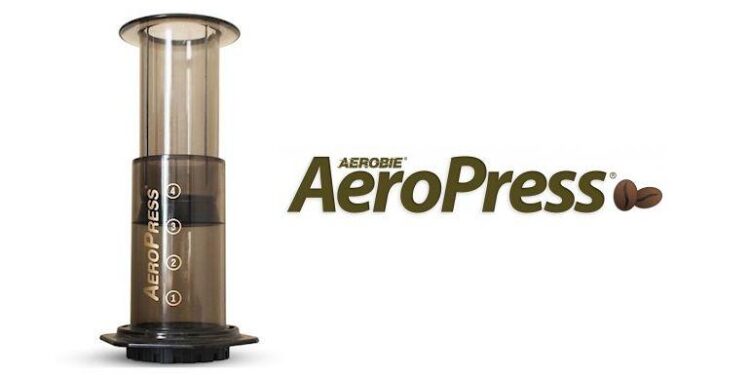 As the saying goes, if you know coffee, you know AeroPress. And yes, I tested this amongst a group of persons I knew were seriously into their coffee, and, without fail, each knowing exactly what it was. The AeroPress was originally released in 2005, designed by Alan Adler, president of a plastic toy company, Aerobie. While the company still produces sport’s toys globally, they’re more renowned for their little plastic coffee making genius. The AeroPress is not a very showy device. But let’s not judge a book by its cover, we’ll leave the judging further down in the review. Upon unboxing, the plastic contents seemed simplistic, too simplistic it would seem to make, what many deem, the perfect cup of coffee. But, its simplicity in look is purposeful, as it also very simple to use as a result. The unit is made up of several parts, which include the plunger chamber, plunger, the filter cap, scoop, funnel, and stirrer. And they all fit pretty easily as well. Thanks also to its plastic nature, the AeroPress is also extremely easy to clean. All it takes is removing the filters, and proceeding to place the unit under some running water to wash out the coffee bean remnants and you’re good for another cup. As many barristers would tell you, the AeroPress is synonymous with making the perfect cup of coffee each time. The process of setting up the unit, adjusting the coffee amounts, blends, and coarseness is both easy and especially consistent time after time. This makes it one of the leading manual brewing coffee makers around the world.

Obviously I had to test this myself. I was a bit sceptical as to its reputation and whether I’d enjoy it as much as the Internet would have me believe. And upon first use, while the instructions are easy to follow, going through each step one at a time to avoid any faults, meant a coffee making process of more than 10 minutes. But, the more you use the unit, the easier it becomes, brewing cups in a few seconds, with only the water boiling process really taking time. This also depends on how long you wish to brew. And with familiarity comes the inkling to experiment with different flavours and strengths.

One issue I had with the unit was using it at the office. The size of the water canister, allows for a few cups of espresso, but for variations and normal cups of coffees, lattes and cappuccinos, I was limited to just one at a time. You don’t, however, have to clean the unit in its entirety between brewing different cups, but having your colleague almost finish their cup before you’ve completed all those in line, does not make it a good community device. The Aerobie AeroPress: Coffee and Espresso Maker will set you back R565 (RRP). While it isn’t a ridiculous amount to spend on a manual coffee maker, it isn’t considered the most affordable to all pockets. But, the AeroPress is good at what it’s meant to do. Novice users who don’t often get the opportunity to make different varieties of coffee will find it as easy to use as a professional. It is worth noting, however, some precision and exercise is still recommended, especially when it comes to brewing time, as a too quick a brew will make your coffee/espresso taste watered down and acidic, even leaving you with a lingering aftertaste.

Once you’ve found your perfect combination that suits your style, you’ll be able to easily replicate the results time and time again, all the while washing up is a breeze. The only real issue to consider when purchasing the AeroPress is its limiting number of cups it makes in one go, resulting in a more personalised than communal device.

With such a huge community of users around the world, and given its cult status amongst the masses, be sure to search a few blogs and how-tos online to find the perfect blend and brew of coffee for you.