adidas has dropped a number of successful collaborations over the years. However, there haven’t been any when it comes to the Predator range. adidas Football has joined forces with British artist Reuben Dangoor to create an artistic football pack for the adidas x Reuben Dangoor collection.

Dangoor is well-known for his work, which is heavily influenced by current affairs, as well as one of the first artists to bring the Grime movement into British museums. In addition to his famous portraits of celebrities, he is also established for his line drawings of footballers from around the world, and the more recent 3D OOH work. Dangoor is the perfect artists for adidas Football’s latest campaign, bringing people together through football in uncertain times.

The collection features three limited-edition silhouettes with the aim of spreading a positive message, a symbol of togetherness beyond the pitch. The shoes are used as a canvas, with graphics that represent the unifying power of sport. Dangoor explains that the idea for the design came from him wanting to add a twist to the iconic three stripes. This symbolises how sport can bring people together, celebrating diversity, inclusion and respect. 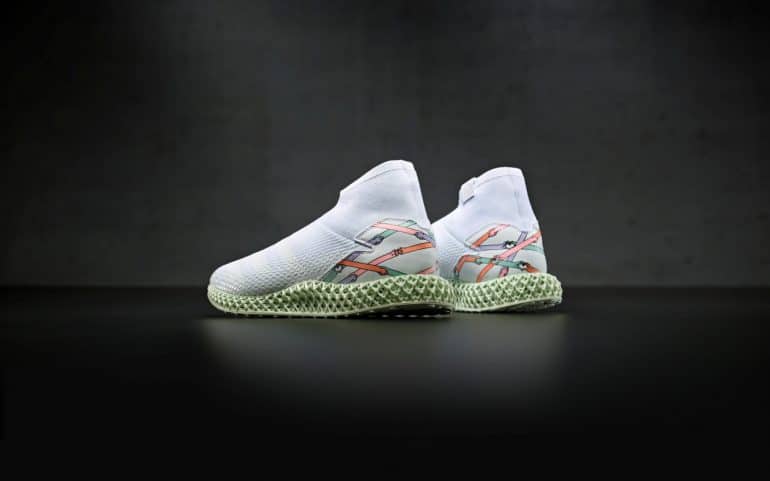 The Predator 20+ Art trainers are based on the 4D midsole, which provides a cushioned ride for enhanced comfort and controlled energy return. The upper is crafted from a laceless Primeknit material in a base white colourway. The hand symbols appear across the heel to symbolise unity. 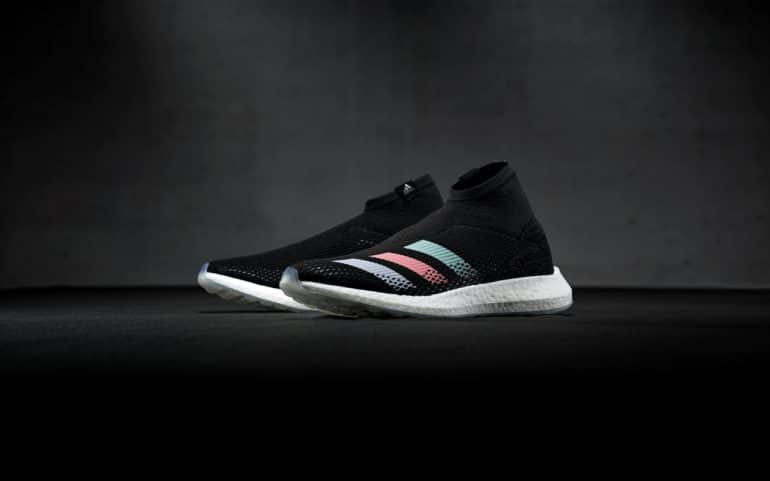 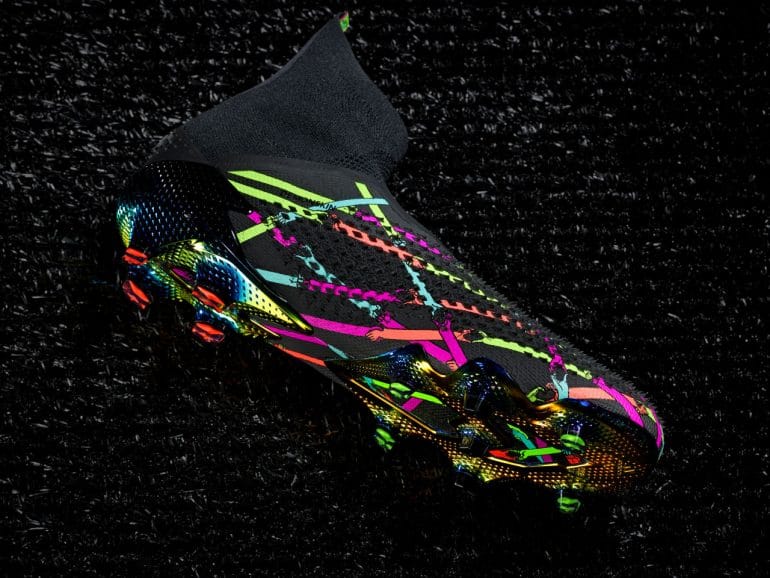 The collection is brought together by means of the all-new Predator Mutator 20+ Art ground boots. The boot signifies the first time an artist has collaborated with adidas’ Predator range. adidas knows that football crosses all walls boundaries and languages, and these limited-edition boots are meant to celebrate the unifying power of sport. The boots feature a laceless knit upper, with hand stripes that spread around the underside of the boot, with variety of iridescent colours. Dangoor’s signature is featured on the collar of the boot.